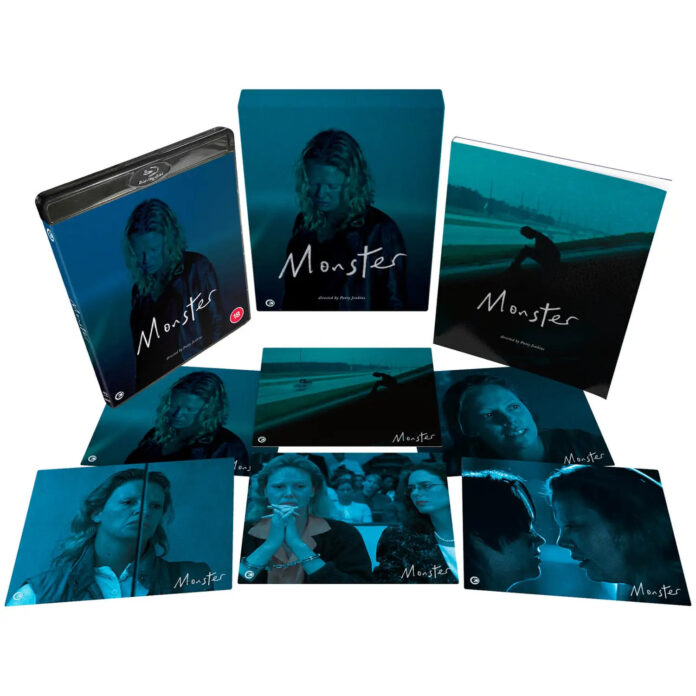 For just about everyone who knew what the stunning South African model Charlize Theron looked like her appearance in 2003 film Monster was completely unrecognizable. Her striking looks caught the eye in the Tarantino inspired ‘Two Days in the Valley’ and from there she had worked regularly but roles as ‘supermodel‘ in Woody Allen’s ‘Celebrity’ were just treading old ground for her essentially a model playing a model was not what she had moved to Hollywood to do. Five years later she turned it all around under prosthetics and bad hair and even worse clothes she played the lead role in Monster the true story of Aileen Wuornos,  America’s first female serial killer.

Aileen Wuornos has had it tough, but when the down-on-her-luck sex worker moves to Florida she unexpectedly finds love and is determined to get her life back on track. Befriending Selby Wall (Christina Ricci), a sweet but reserved young woman, a romance soon blossoms. But things take a dark turn when a john tries to assault Aileen. She fights back and kills him and decides it’s time to give up the game. But Aileen quickly discovers going straight isn’t that easy and is sucked back into a world of violent crime that escalates from petty theft to serial murder. As more and more men turn up dead, Selby starts to suspect the woman closest to her is responsible.

Serving as the film’s producer, (her first time in such a position) to the film was directed by Patty Jenkins who also wrote the script and would be her debut feature film. Fed up with the roles she being cast in Theron was determined to control her own destiny and prove that she was far more than just a pretty face. Her transformation was complete and her appearance rightly earning her an Oscar nomination which she would go on to win over her fellow nominees Samantha Morton, Naomi Watts, Diane Keaton and Keisha Castle-Hughes. Clearly a deeply disturbed person Theron imbues Wuornos with a certain degree of empathy which understands drew criticism from some quarters buy from the start of the film it’s clear that she had hopes, dreams and aspirations wanting to be loved which was never reciprocated before we crash into her present day life as a street walker standing at the side of the road picking up clients. Monster perhaps could have benefitted from more of her early life as a child / teenager to set up the foundation so as to understand why she found love for the first time but with another woman. That woman was Selby Wall, herself not without issues having just come out as gay to the horror of her family but struggling to assimilate into that community and, like Wuornos, was also looking to be loved.

Ricci too is a good actress given the right role but its Theron who catches the eye in a film that is sympathetic to her plight as she struggles to leave her profession behind her only to find that constant job rejection sees her drawn back into her former job which pushes her over the edge into a killing spree that saw her murder seven men in the course of a year several of which are shown with the victims that are either violent misogynists or sympathetically timid. Unlike so many  actresses who win a  first Best Actor Oscar and then disappear after a choice of roles Theron would take the inevitable comic book role shortly after with Aeon Flux which bombed but then went on to ever more success where today she is on the A-list having appeared in films as varied as Prometheus, Mad Max Fury Road and the Fast & Furious franchise as well as garnering two more Oscar nominations for 2006’s ‘North Country’ and also 2020’s #MeToo drama ‘Bombshell’ proving that she is and continues to be far more than just another model who wanted to act. 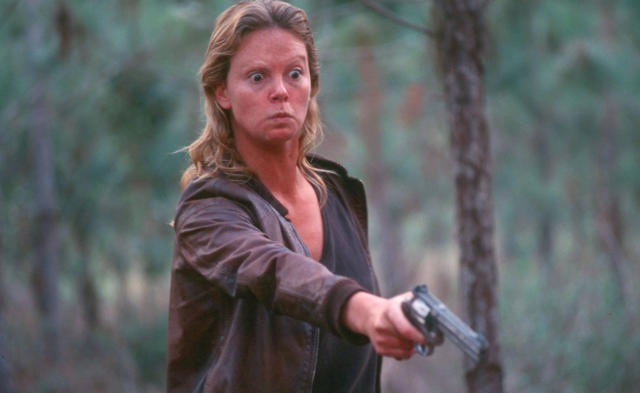 The limited edition Blu-ray of Monster has a load of bonus features typical of Second Sight Films who really do invest in their disc releases and here they include….