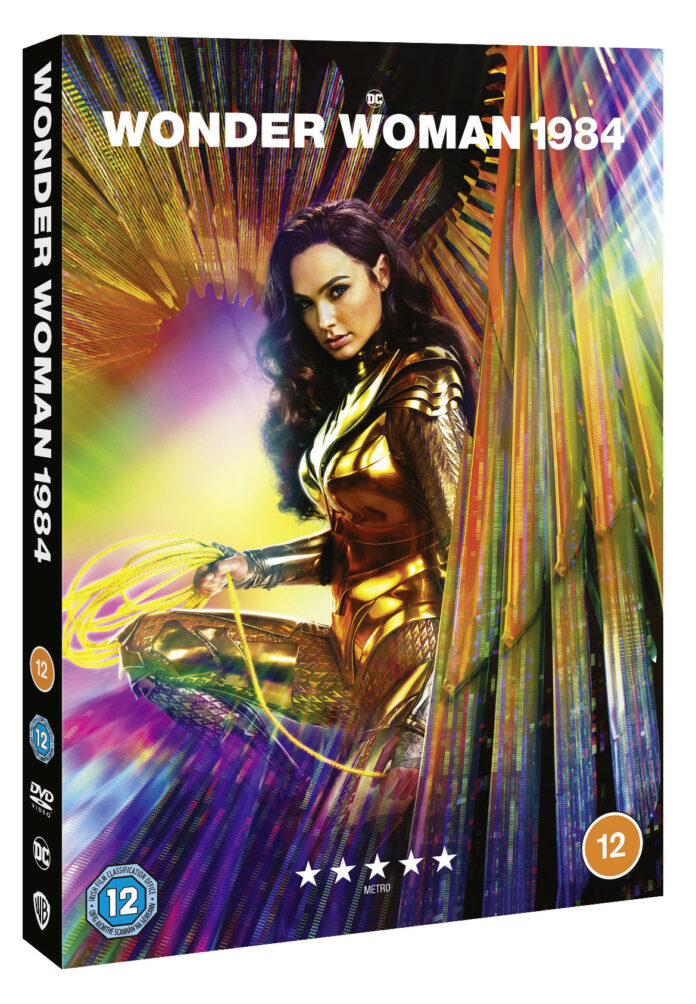 With the pandemic laying waste to cinemas in 2020 it was only Warners who were bold enough to release two of their blockbusters in the cinemas. The first was Tenet which acted as a bench mark for the other studios deciding on whether to release their own blockbusters. The second was the eagerly anticipated Wonder Woman sequel whose release had already been delayed prior to the pandemic taking grip. We were fortunate enough to see it on a huge IMAX screen but its own theatrical release was quickly curtailed by another UK national lockdown which we are only now tentatively begin to emerge. With its release on streaming we now have the Home Ent release of the Wonder Woman 1984 blu-ray / DVD. 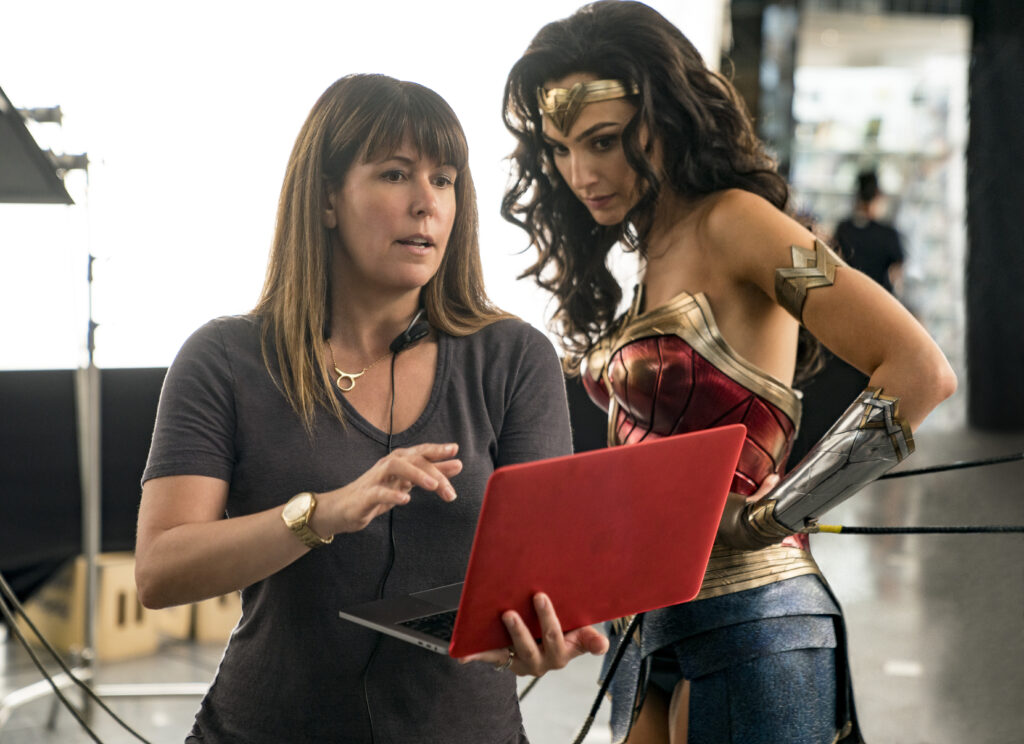 The sequel had the fate of the world once more on the line and this new chapter in the Wonder Woman story finds Diana Prince (Gal Gadot) living quietly among mortals in the vibrant, sleek 1980s—an era of excess driven by the pursuit of having it all. Though she’s come into her full powers, she maintains a low profile, curating ancient artifacts and only performing her superheroic acts incognito. But now, Diana will have to step directly into the spotlight and muster all her wisdom, strength and courage in order to save mankind from a world of its own making. 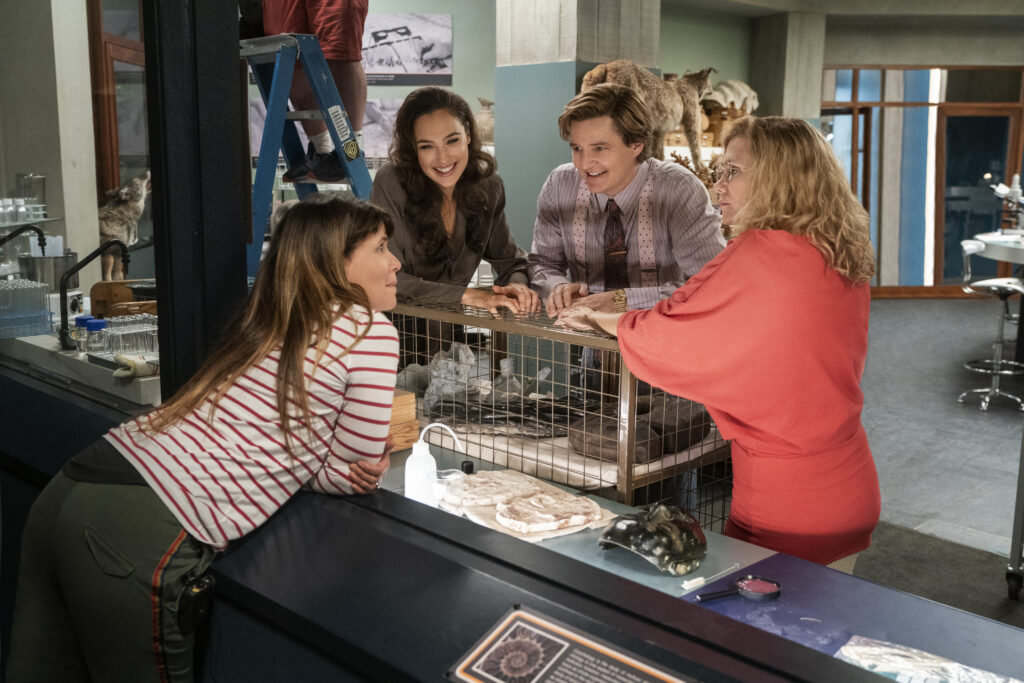 The first film was a huge success earning $822m and rightly earning critical plaudits after the drubbing that the previous DC films Batman v Superman (see Snyder & Cavill introduce the UK premiere HERE)  and Justice League had taken. This sequel took the film forward by decades to an era that epitomized garishness and the production design by Aline Bonetto is impressive as is the costume design by Britain’s own Oscar winning Lindy Hemming (read about how WW’s Golden Armour was made HERE). Both have an input into the discs ‘Making of’ though unintentionally amusing is Bonetto’s mangled English that requires subtitles having to be used. 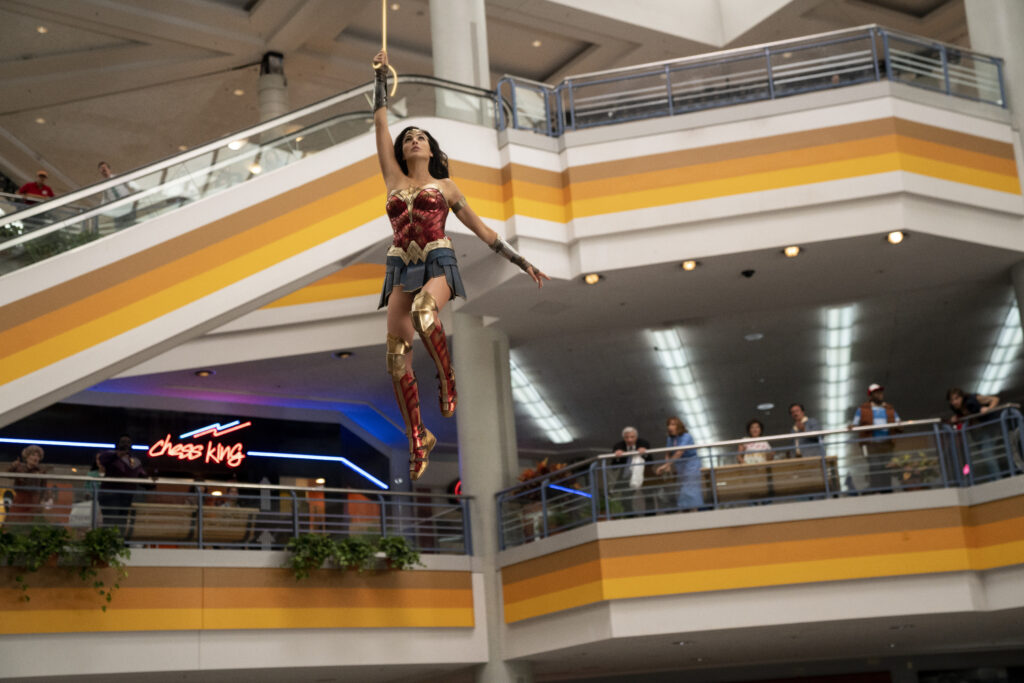 The featurette features much behind the scenes footage and what becomes clear is just how much of this was practically achieved with Gadot flying around on rigs and that all bar the final smack down between WW and Cheetah the film was relatively light on CGI something that many films in the superhero cannon have embraced. It’s part of the films charm that so many stunts and action scenes were achieved practically rather than against a green screen with the crew even managing to get major locations, notably those near to the Whitehouse, closed down for the shoot.

There’s featurettes on the two notable action scenes in the film the shopping mall which did have Gadot leaping all over its multiple storeys via an immense flying ballet rig and there’s the standout military vehicle chase shot in Fuerteventura.  What the disc does make clear is that Gadot and Kristen Wiig (who is great in her role as Cheetah) quickly formed a close friendship singing, dancing and joking around between takes and their antics are bundled together in ‘Gal & Krissy Having Fun’ & ‘Friends Forever’ featurettes as well as the usual gag reel which in the tradition of these things was probably funnier for the actors than those watching.  One of the best bonus features is a small almost throwaway Wonder Woman 1984 Retro Remix which has taken the title sequence from the classic TV series and cut in moments from the sequel and is immensely effective capturing the era of the film as well as fond memories of the TV show. Equally enjoyable is the piece on mini Wonder Woman Lilly Aspell who hers her as a child in the opening Olympic like challenge. A British 10 year old who gets stuck in doing all her own stunts and is clearly having the time of her life having the greatest adventure of her young life. 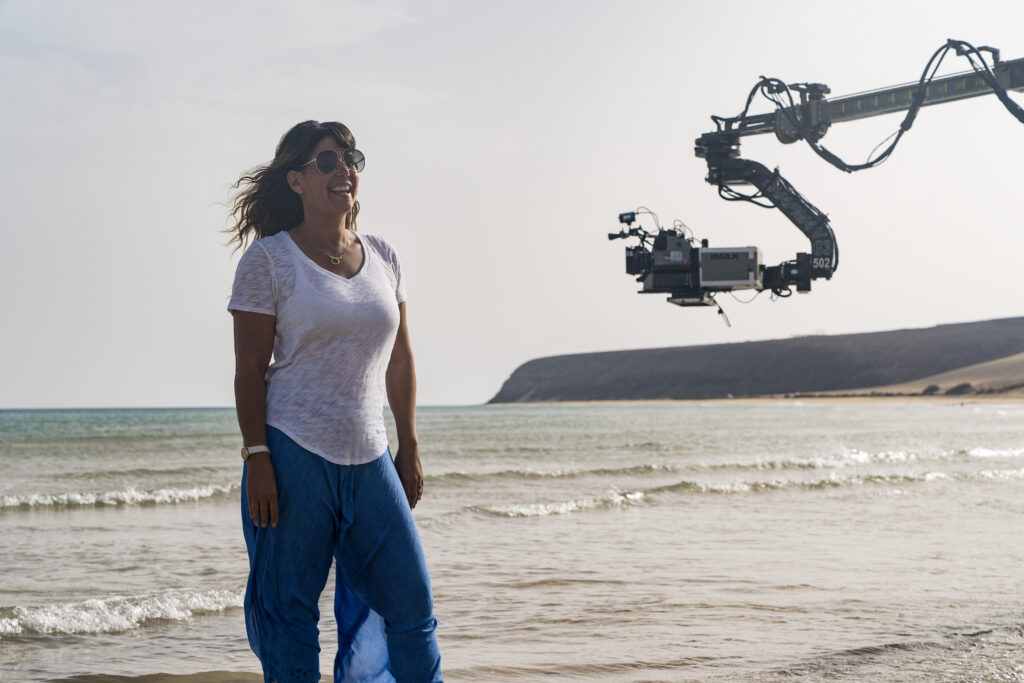 Though the Wonder Woman 1984 Blu-ray & DVD is packed with extras what it does miss out on is a directors commentary from Patty Jenkins who was pivotal to the films success. On a far smaller level the disc doesn’t have the first trailer that was set to a classic New Order track and which set the films era so well. But these are minor quibbles because whilst the film was praised by critics (read our review HERE) it fared less well with audiences which is a shame because it was, and still is, a much needed ray of brightness in a year of grey despondency.