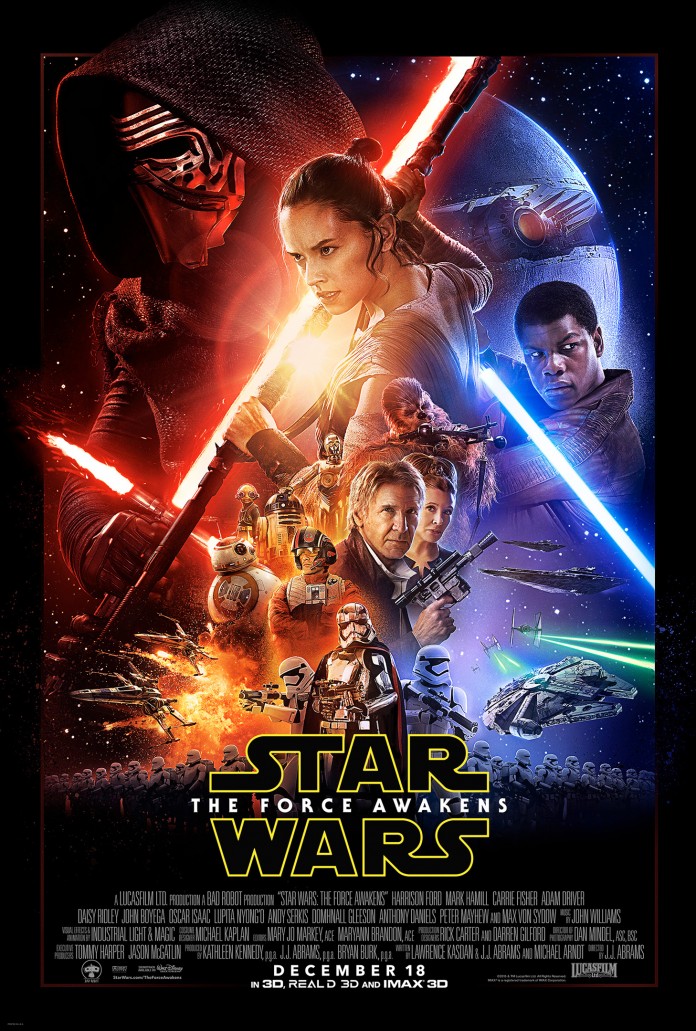 Inevitably ‘The Force Awakens’ has done rather well so facts fans here’s some facts:

There has been an awakening and the UK and Ireland have truly felt it with record breaking takings for Star Wars: The Force Awakens. The film enjoyed not only the biggest opening day of all time but also the biggest single day in UK industry history.

With fans having queued to see the first screening at it has taken an estimated £9.6 million on its opening day setting a new UK and Ireland industry record.

Tickets went on sale in October 2015 more than 200,000 tickets were sold in 24 hours. Exhibitors continually added screens to accommodate demand which resulted in a total of 2 million booked tickets ahead of the release – breaking another record for advanced ticket bookings.

The Force was strong with this one……(see what we did there?)