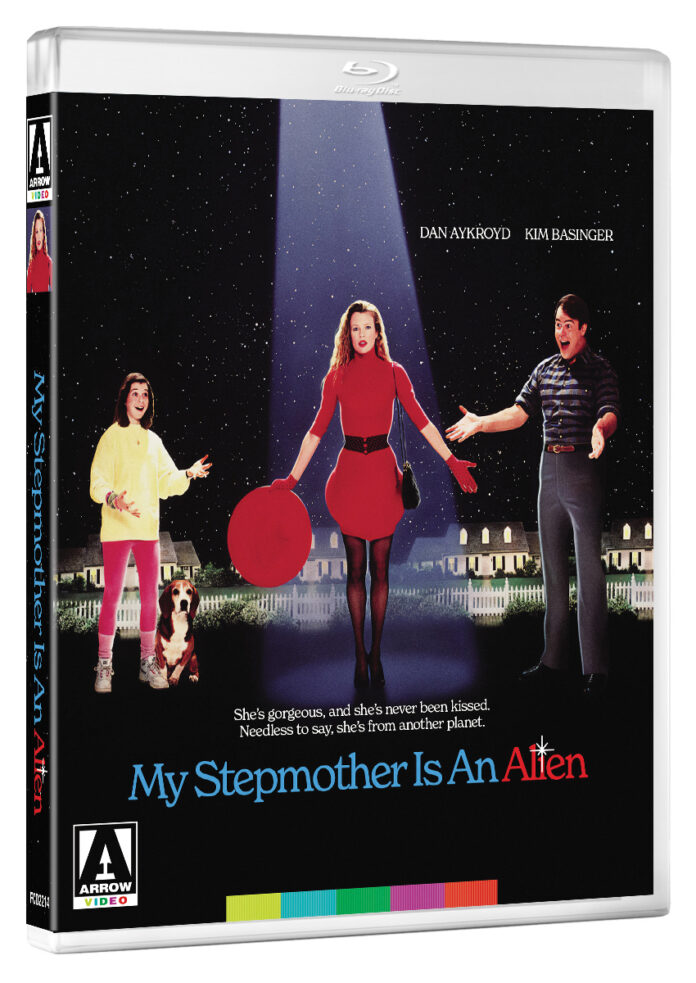 The late seventies and early eighties especially had been good to Dan Aykroyd. Having moved into feature films from TV’s Saturday Night Live he had enjoyed increasing success with The Blues Brothers  Trading Places and the blockbuster Ghostbusters. Likewise for Kim Basinger a former model who has moved into acting she appeared in a number of films but her breakthrough role was in 1986 sex drama ‘9 1/2 weeks’ with Mickey Rourke. However having achieved box office success as a screen sex siren she was keen to distance herself from sex symbol status and prove herself in lighter roles which she tried with 1987’s Blind Date which would be Bruce Willis big screen debut after he had achieved TV stardom with Moonlighting.

So it seemed a dream pairing of established comedian Aykroyd with aspiring  comic performer Basinger and 1988’s My Stepmother is an Alien would be that film. Basinger would appear as a humanoid creature from another planet albeit in the form of, almost inevitably, a beautiful woman crashing a party wearing a tight red dress & hat combo with a hula hoop seemingly jammed in both and looking ludicrous rather than lovely. The film would see her attempt to seduce a shy widowed  physicist in order to gain control of his groundbreaking research for the benefit of her own race of aliens. But love finds a way and she finds herself falling for him with his daughter able to say hey!  My Stepmother is an Alien! 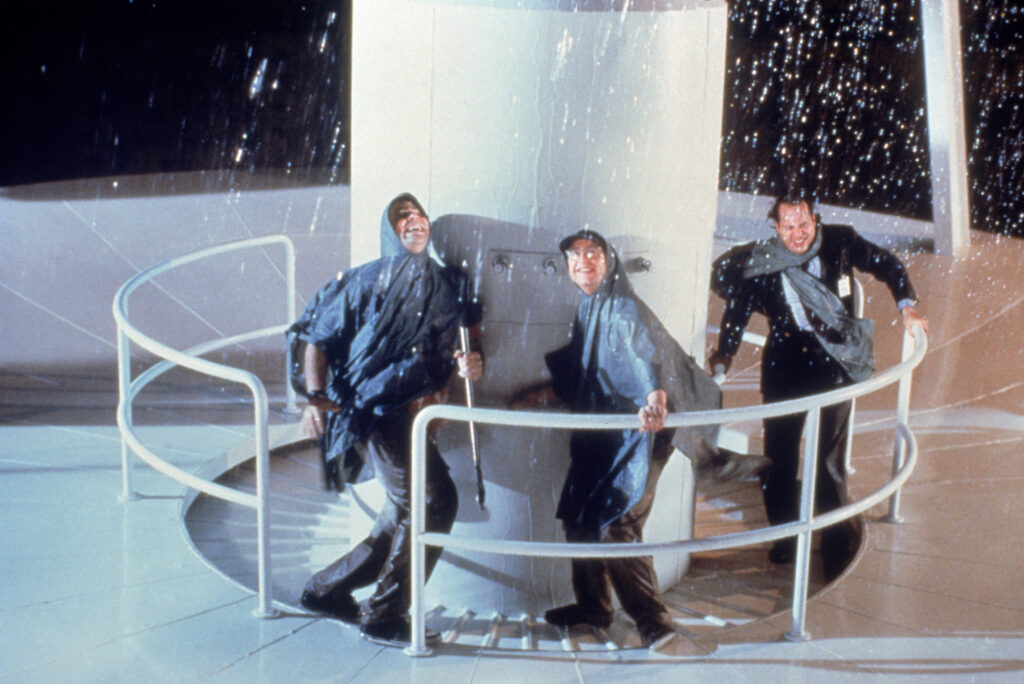 Directed by Richard Benjamin who had been an actor but had moved into directing having helmed the Clint Eastwood – Burt Reynolds starrer City Heat and also Tom Hanks in The Money Pit he was a safe set of hands and the film would co-star Jon Lovitz , Seth Green. Juliette Lewis and a debut performance from Alyson Hannigan pre American Pie and THAT end speech.

With three writers two of which had co-written trading Places it should have been full of zingy one liners and comic set pieces.  It wasn’t instead it was leaden and Basinger cemented a reputation as having no comedic chops and was at times embarrassingly awful throwing herself around in desperation much as she had with her drunken act in Blind Date.  And despite wanting to escape her sex symbol image she is presented in nothing less than a sexual way right from the start of the film with a lingering close up of her putting on a stocking. With the ~TimesUp movement ts a film that begs for a remake especially with Lovitz character w2ho’s nearly always seen leering after attractive women and ends with him in the clutch of a bevvy of sexy space aliens. 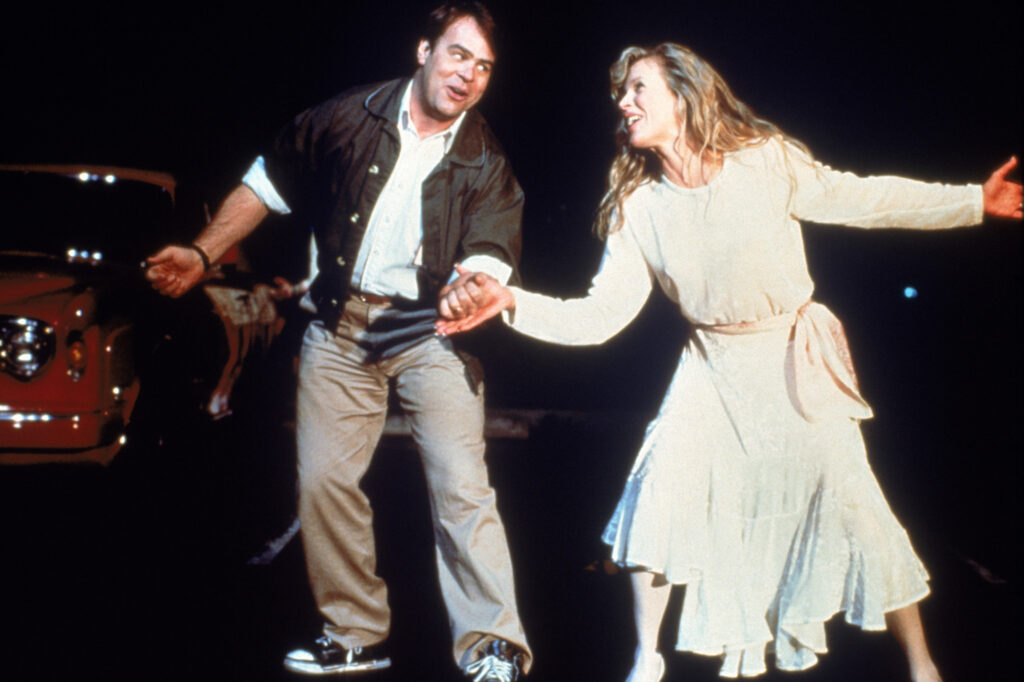 It didn’t help either that in an age of the  burgeoning blockbuster starting to come into its own the film was including several dated reference notably to 1940’s comedy movie man Jimmy Durante who meant nothing to the teenage audience that this was aimed at. It was little surprise then that the film fared badly at the box office earning a limp $13.8m. Basinger mercifully stayed away from comedy for much of her subsequent career but proved herself as a straight actress winning a Best Supporting Actress Oscar for LA Confidential  in 1997.  However for Aykroyd it would be one of a run of flops he would have in 1988 that would include The Couch Trip, The Great Outdoors and even Caddyshack II 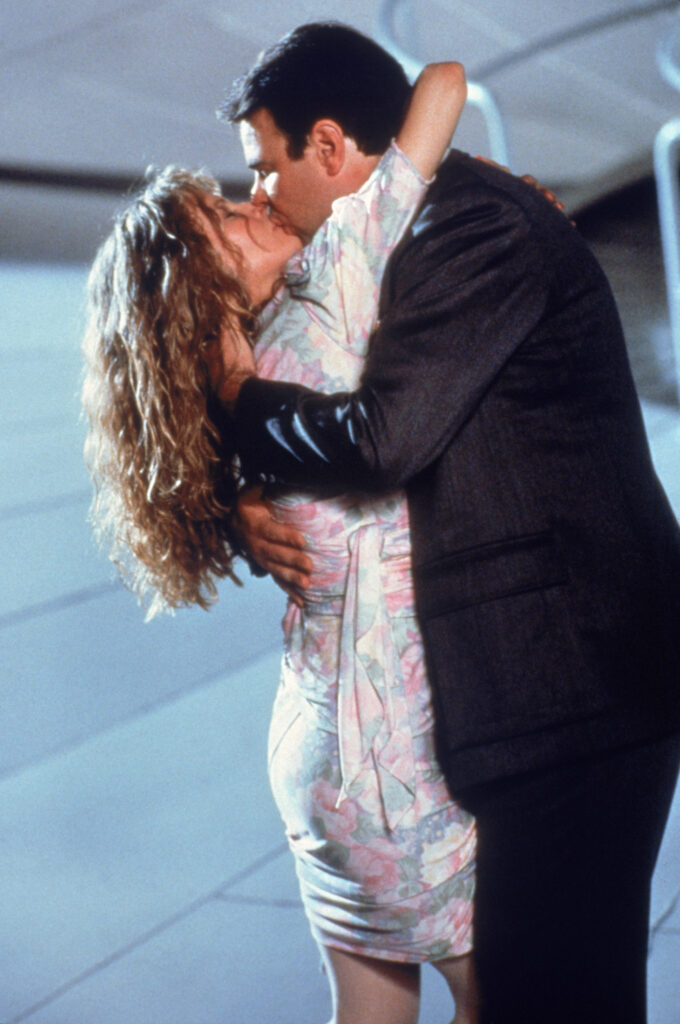 Here’s trailer for My Stepmother is an alien…….