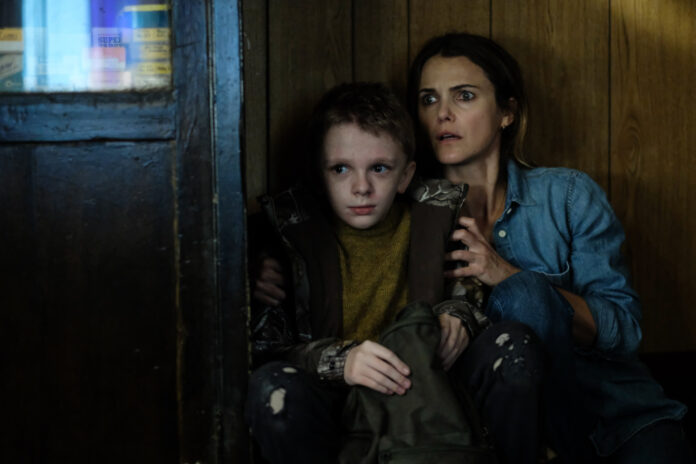 The story of Santa’s reindeer having been tormented for years about his glowing nose, suffering a psychotic episode and slaughtering all and sundry in his path is little known primarily because we just made it up and Antlers is not that film. Instead this is a Guillermo Del Toro produced film and fantasy tinged horror is the order of the day.  Set in a small remote community beset with drug issues  notably  Frank a single father to 12 year old Lucas (Jeremy Thomas) and his younger brother and he loves them as much as he does the crystal meth that he cooks up for himself in a disused coal mine where he is attacked by a mysterious and horrific beast. Infected, he is looked after by Lucas who becomes the carer to his little brother too and instructed by his Dad to lock them both in the attic for his own safety as well as the local townspeople. Like ‘I’m a Celebrity’s’ worst ever Bushtucker trial  father and youngest son survive on road kill served up by Lucas doing his best to care for them presumably because no one will ever eat  that packet of cup a soup at the back of the cupboard that’s been there for years.

But it is teacher Julia (Keri Russell)  who herself has  suffered childhood trauma and does her best to avoid reaching for a bottle of booze, a necessity for most teachers who must pour neat gin over their corn flakes each morning to help them get through their school day.  Withdrawn and socially awkward Lucas attracts her attention not least because of his disturbing drawings. Yet it’s not enough for her brother Paul (Jesse Plemons) , the towns Sheriff, who she lives with in their late parent’s  parents home. Despite Lucas father being a drugged up criminal, that Lucas’ younger brother is not missed by any school and that Lucas’ drawings and behaviour indicate some sort of hideous trauma requiring urgent intervention and yet he claims it’s not enough thus making him a prime candidate to start  work for Islington Social Services. 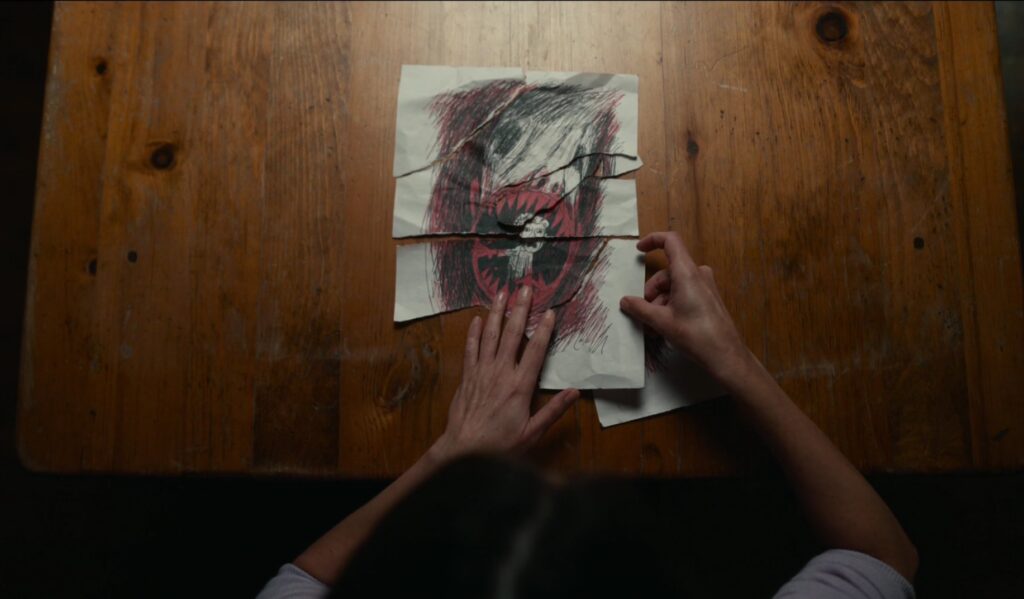 With a trail of mangled half eaten corpses its left for every casting agents go-to Native American actor Graham Greene to provide the explanation that a Wendingo is responsible, a death dealing deer like creature with a tangle of antlers making it ideal quarry for a trophy hunter looking for a novelty hat stand. Directed and co-written by Scott Cooper ‘Antlers’ has Del Toro’s fingerprints and signature trademarks all over it from the fantastical creature to the innocent and traumatized child trying to do the right thing to the allegorical subtext. But there’s few real scares to be had here despite its creature and excellent photography but Antlers is unlikely to give horror hounds the horn.