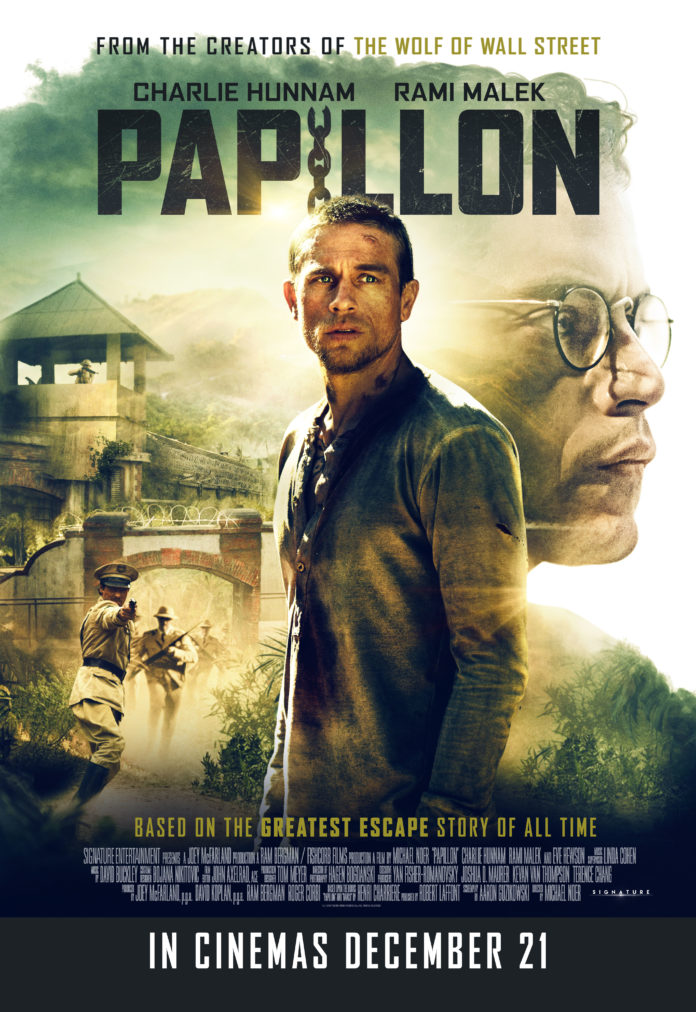 Both find themselves incarcerated on Devils Island a French Guyana penal colony that was much like Alcatraz, an island that was impossible to escape run by a ruthless governor exacting a brutal regime and determined to break anyone who dares to attempt an escape with gun toting guards only too happy to dole out summary justice.

Based on the book Papillon, (written by Charriere himself) meaning butterfly in French as this is the tattoo that Charriere had on his chest, this is a true story of how he and Dega forged a mutually beneficial friendship. Henri Charriere was street wise and could keep the weedy Dega who had victim written all over him when it came to surviving the prison and in turn Dega had money that he kept up his…..well it gives the phrase, ‘dirty money’ new meaning,  that would help Charriere escape the island.

It’s the friendship and escape plans that form the body of the film where Charriere is first seen in the  streets of Paris as a bit of a bit boy and a lady’s man before he’s bundled away and banged up in the notorious prison.  The repeated attempts to escape the island fail and it becomes a battle of wills between Charriere and the prison governor who throws him into solitary confinement determined  to break him yet it only serves to make his prisoner even more determined that he should escape the island and its brutal regime. 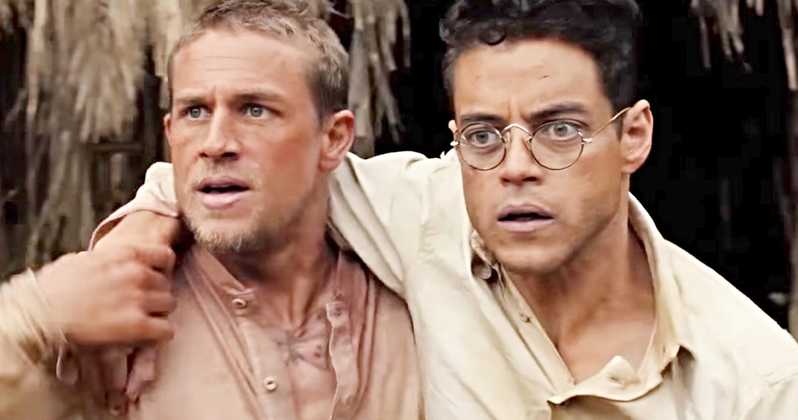 Hunnam is no Steve McQueen and his bland good looks hardly help but he’s decent enough here and the homo-eroticism throughout the film comes to a head (ahem) in a nude fight scene that is well orchestrated. Malek as the gawky bug eyed Dega is ideally cast although there are moments when his Dega is a bit too Hoffman-esque seemingly channeling Rainman on occasion.

Much like the original this is a lengthy film at over two hours and with them incarcerated for life it sometimes feels like you’re serving a similar life sentence. Though shorter than the original Papillon the two don’t have the same star appeal as Hoffman and McQueen but Hunnam and Malek give good account and it’s an interesting if at times astonishing true story of brutality and hope.