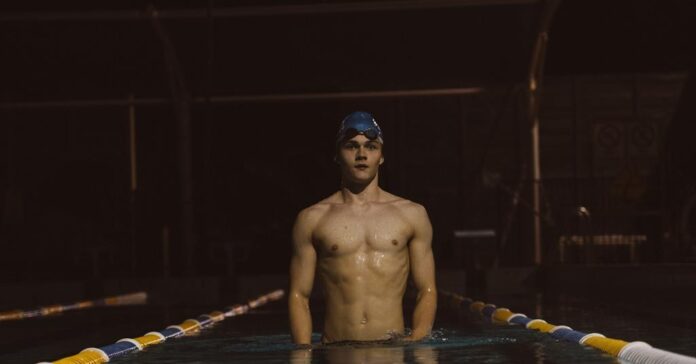 Australian actor and model Levi Miller made a huge impact with his first feature film appearance in ‘Pan’ opposite High Jackman which was followed by great turns in ‘Red Dog : True Blue’ and the all star Disney film ‘A Wrinkle in Time’ (reviewed HERE) and now in the drama Streamline (reviewed HERE ) where he stars as a  15 year old swimming prodigy who self destructs after his father (played by Jason Isaacs)  is released from jail.

We spoke to him in Australia where he took us behind the scenes of the Streamline and talked to us about what went on behind the scenes, working with Jason Isaacs, building up the physique for an Olympic swimmer and what is the genre he would really REALLY like to work in. Levi Miller is an engaging and unassuming guy with what looks like a great career ahead of him.