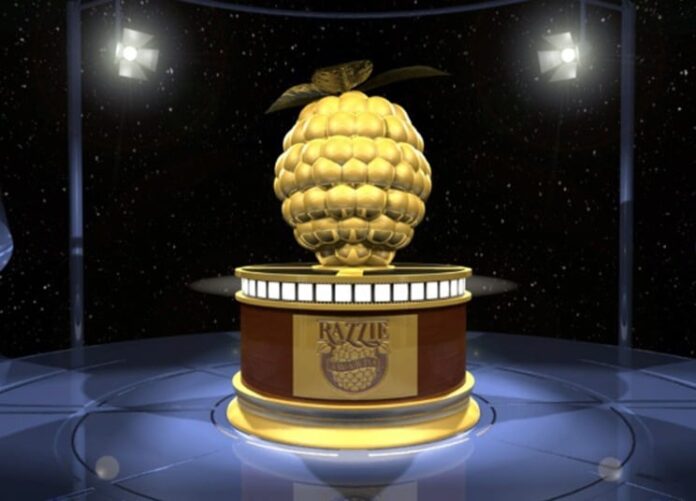 As is tradition on the eve of the Academy Awards there is the annual Razzie Awards , a ceremony the celebrates the truly awful films that have been foisted on the cinema going audiences. The awards rightly don’t take themselves seriously but they’re a reminder to the stars that not everything they appear in is good in fact in many cases it’s the exact opposite. The Razzies introduced a special category this year namely WORST PERFORMANCE by BRUCE WILLIS in a 2021 MOVIE as he has appeared in a load of, ‘will act for pay’ films that have gone straight to DVD. In an effort to reward actors who have turned around their careers is a relatively new category, the Razzie redeemer award which Will Smith has won meaning that there’s the liklihood he could have the rare accolade of winning a Razzie and an Oscar too for Best Actor .

So here is the full list of Razzies 2022 winners and its Diana the Musical, a Neflix film that seems to have swept the board and it really is worth trying to catch what is a jaw droppingly awful film.

Diana the Musical (The Netflix Version) (WINNER)
Infinite
Karen
Space Jam: A New Legacy
The Woman in the Window

WORST PERFORMANCE by BRUCE WILLIS in a 2021 MOVIE (Special Category)

LeBron James & Any Warner Cartoon Character (or Time-Warner Product) He Dribbles on / Space Jam: A New Legacy (WINNER)
Any Klutzy Cast Member & Any Lamely Lyricized (or Choreographed) Musical Number / Diana the Musical
Jared Leto & EITHER His 17-Pound Latex Face, His Geeky Clothes or His Ridiculous Accent / House of Gucci
Ben Platt & Any Other Character Who Acts Like Platt Singing 24-7 is Normal / Dear Evan Hansen
Tom & Jerry (aka Itchy & Scratchy) / Tom & Jerry the Movie

Will Smith – for King Richard