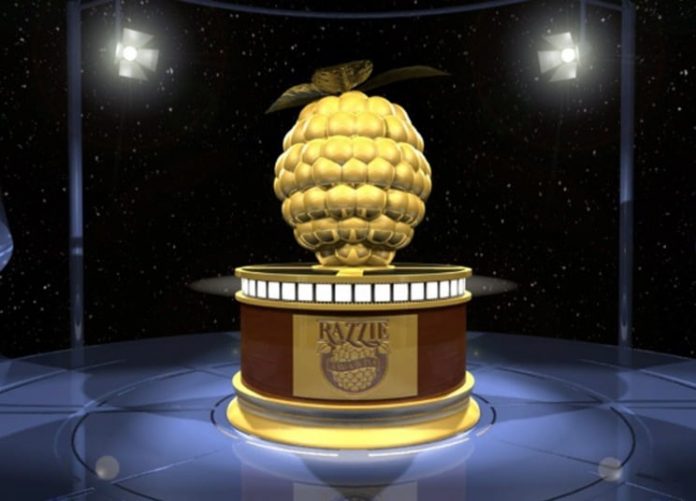 With the annual back slapping gong fest that is Oscar 2018 on us it’s reassuring to know that the Razzies are still doling out their annual awards for the worst in film. It’s an all too brutal reminder that in a time of austerity when millionaires give out golden statues to each other that the Razzies can keep those same stars grounded.

The Razzies are announced a day or so before the actual Oscars themselves and few of the stars ever attend. However in past years both Paul Verhoeven and Halle Berry have shown themselves to be good sports and gone along to pick up their awards. Although only one of the films we had on our worst of 2017 made it to the Razzies the ceremony had a first with the worst film of the year going to The Emoji Movie. Thankfully we very wisely managed to avoid that one and it seems just as well with it winning this award.

Perhaps a little unfairly Mel Gibson won worst supporting actor but the rest of the Razzies awards seemed pretty spot on. Mercifully ‘Tyler Perry, Boo 2! A Madea Halloween’ never made it to UK shores probably because no one knows who Tyler Perry is over here.

Anyway here’s a full list of the Razzies winners, or should that be losers?

Special Rotten Tomatoes Award: The Razzie Nominee So Bad You Loved It! Baywatch