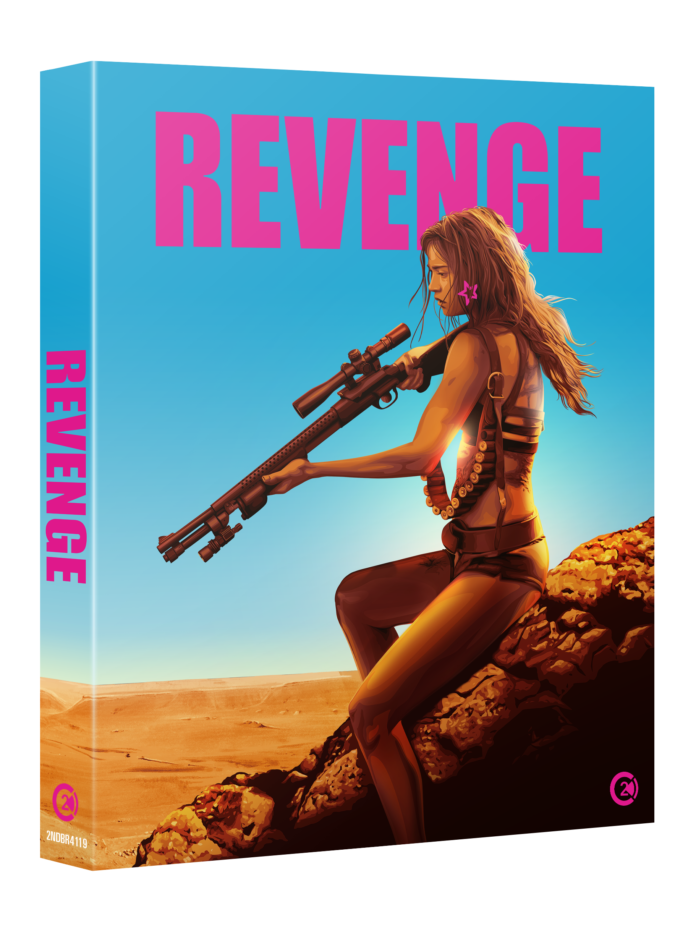 So after the controversy of the rape revenge drama, ‘I Spit on your Grave’, which is now over 40 years old and was remade in 2010, there seems little new to add to that genre. Writer  / director Coralie Fargeat would disagree when she touted her script for Revenge round financiers selling it as part ‘Wild at Heart’, part ‘Drive’ with dashes of David Cronenberg thrown in for good measure. Her film, Revenge, is about exactly that. CEO Richard (Kevin Janssens) goes for a romantic getaway in a luxury house in the middle of the desert with his mistress Jen (Matilda Lutz) only for his two colleagues to turn up a day early for  their annual hunting trip. With a scantily clad Jen  flirtatiously partying with the three men it’s little surprise that when Richard is temporarily absent she ends up being raped by one of his colleagues only for her to be left for dead when Richard returns. It’s this aspect that will prompt much discussion as to whether it was inevitable that she put herself at risk by dressing and behaving in such a manner in an isolated location. 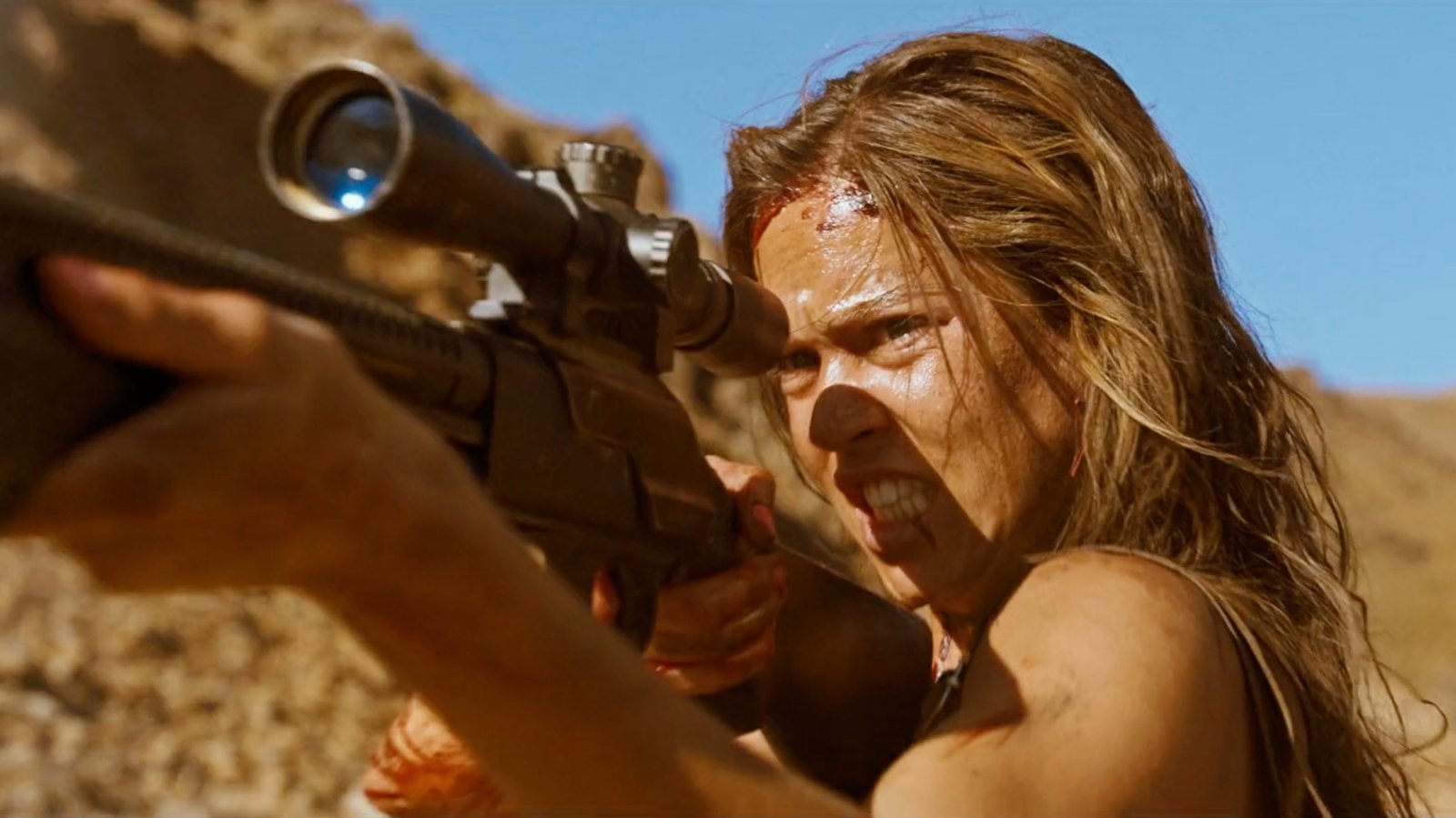 But being a rape revenge drama Jen rises from the ashes and goes on a roaring rampage of revenge against the three men in what is a brutal and at times extremely bloody drama which sees so much claret sloshed about that production ran out. In fact so much is spilled that the characters seem to have far more than the standard 8 pints in their bodies notably in a sequence in the house that leaves it looking like a modern art installation by Texas Chainsaw’s Leatherface.

With a French director, Italian female star, Belgium male star and shot in Morocco this has a European feel to it with its equal share of male and female baring of backsides and Jen changes from a femme fatale to a fatal female as a bloodied and brutalized semi clad Lara Croft. It’s a simple linear narrative with several layers of symbolism and there are moments to make some wince. Beautifully shot,  bloodily shown this is a part horror, part action feminist film which can be enjoyed on both levels and the disc has a number of decent bonus features with a lengthy interview with director and female star talking about the film where Lutz was a last minute replacement for the original American lead who got cold feet two weeks before the shoot began. Unfortunately neither director or star do a commentary but instead we have an academic analysis of the film which is fine if you’re writing a thesis on the film but many will want behind the scenes anecdotes. Also in the bonus features are interviews with the cinematographer, composer and one of the actors. Made in 2017 the film sat on the shelf for a while before it was released but made an understandably gory impact on its release.

REVENGE IS RELEASED LIMITED EDITION BLU RAY ON 11TH MAY 2020