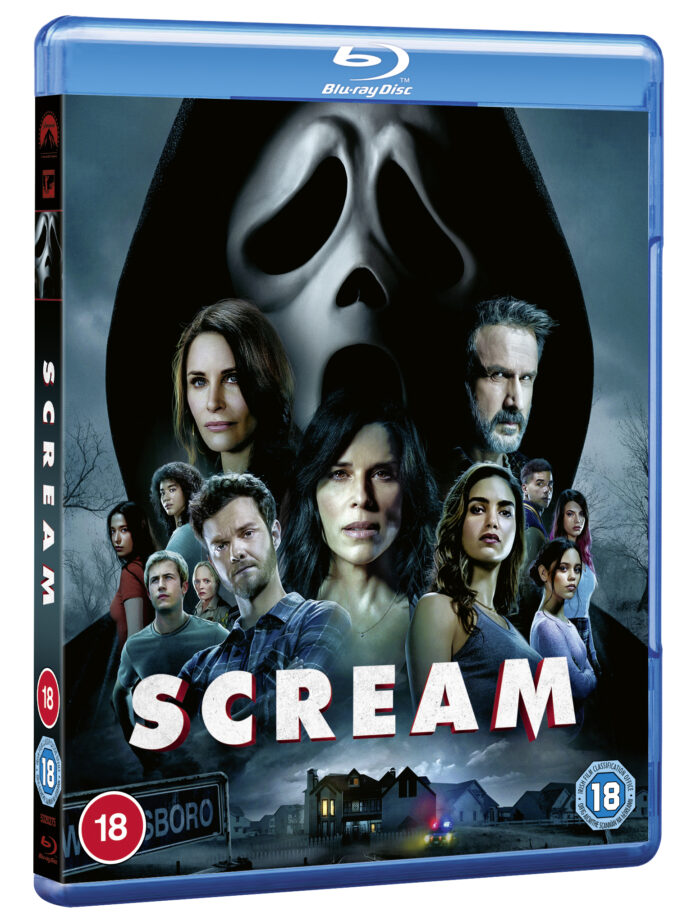 The early Nineties had been beset with unwanted horror sequels to films as varied as Texas Chainsaw Massacre, Hellraiser, Phantasm, Amityville Horror, Alien , Childs Play and Scanners. Even Wes Craven was squeezing the last vestiges out of his Nightmare on Elm Street franchise with New Nightmares. But it was also Craven who in 1996 gave the horror genre a good kick up the arse with the release of Scream. A much sought after script from Kevin Williamson saw the genre forensically pulled apart trope by trope with clichés held up for examination and ridicule though there were enough frights to pull in the horror audiences to the tune of $173m worldwide. The following four years saw two more sequels and a belated fourth film in 2011 all helmed by Craven whose last film it would be before succumbing to cancer in 2015.

Its ghost faced killer entered the cannon of horror icons and the franchise was ripe for another outting when the studio’s back catalogue was bought and the end of 2020 saw a fifth film go into production during the height of the pandemic and once again audiences had the chance to guess who the masked killer was. With the original trilogy of stars Neve Campbell, Courtney Cox and David Arquette all returning for a fifth film alongside a host of new  young actors offered up for screen slaughter to be orchestrated by co-directors Matt Bettinelli-Olpin and Tyler Gillett who had made a splash with their gore soaked ready or not (reviewed HERE). Its release in early 2022 saw it do decent business earning $140m worldwide enough to secure an already announced sixth film.

Scream 5 (5cream surely must have been a title consideration) doesn’t disappoint on the gore front but perhaps having so successfully pulled apart the clichés of horror films it’s increasingly difficult to find a new angle but the film still pulls at least one surprise twist. Out on 4K Ultra HD™ + Blu-ray™ SteelBook®, 4K UHD™, Blu-ray™, and DVD the disc has a wealth of bonus features. There’s the obligatory deleted scenes although from this they seem to be merely trimmed existing scenes already in the film . A number of featurettes include ‘New Blood’ which looks more at the original trio than the new younger cast members and perhaps is best when it briefly looks at the development of Cox & Arquette who met on the first film and by the fourth had been married and divorced and their first scene together in this fifth film has a real life subtext to it as to what they still possibly mean to each other. The best bonus features on the disc are ‘Blood Lines’ which fans of the franchise can see just how many Easter eggs were hidden in this new film taking in everything from clothes to set decoration. Best though is the directors commentary with both of them clearly fans of the franchise and especially Wes Craven with nods to the late director scattered throughout the film which they gleefully point out. With a decent picture transfer fans of the five films spanning 25 years will want to own this latest film.

Read about what went on behind the Scream scenes HERE

Read about the story behind the making of Scream 5 HERE