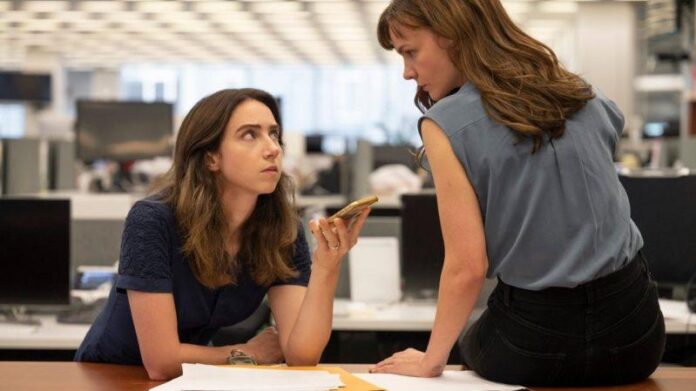 It is now five years since the Harvey Weinstein scandal broke in 2017 (as reported HERE) ending with the movie mogul facing probably the rest of his life in prison for multiple sexual offences. It caused a ripple worldwide through multiple industries and we’ve had several films of real life stories such as Bombshell but now we have the first Hollywood movie from a major studio about the origins of the investigation with the release of the She Said trailer

Based on the book by Jodi Kantor two-time Academy Award® nominee Carey Mulligan (Promising Young Woman, An Education) and Zoe Kazan (The Big Sick) star as New York Times reporters Megan Twohey and Jodi Kantor, who together broke one of the most important stories in a generation— a story that helped launch the #Metoo movement, shattered decades of silence around the subject of sexual assault in Hollywood and altered American culture forever.

Anything with Carey Mulligan has a stamp of quality about it and it is right that this is a female led, female scripted and female directed film about such a abhorrent chapter in Hollywood history. From what we can see in the She Said trailer we would suggest that this has an air of Oscars nominations about it too with a great supporting cast that includes Samantha Morton.

Here’s the She Said trailer…..