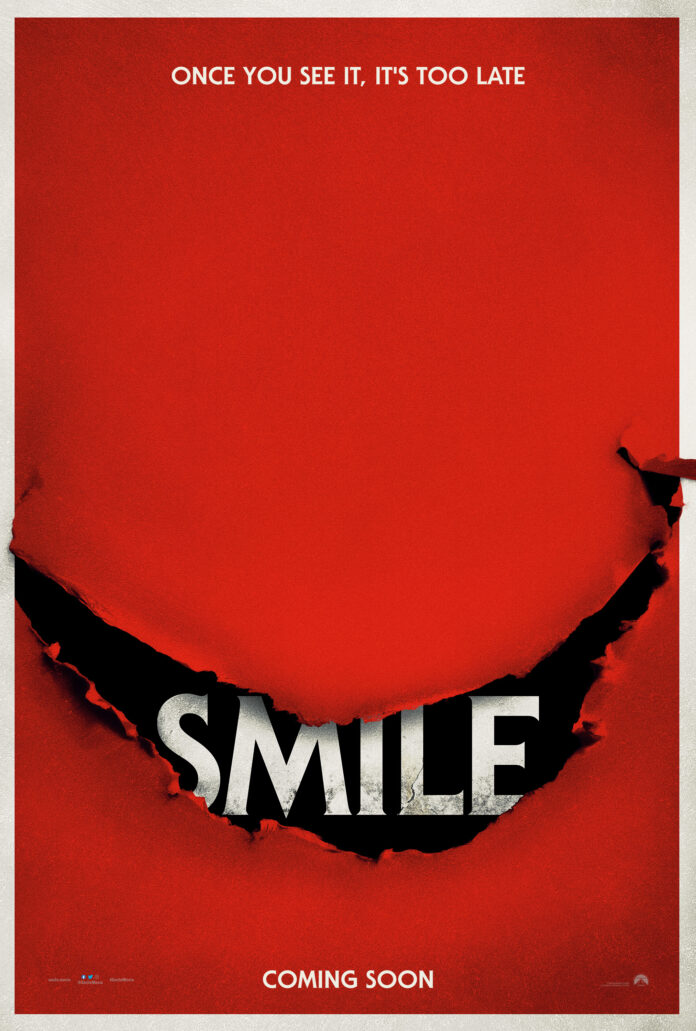 After witnessing a bizarre, traumatic incident involving a patient, Dr. Rose Cotter (Sosie Bacon) starts experiencing frightening occurrences that she can’t explain. As an overwhelming terror begins taking over her life, Rose must confront her troubling past in order to survive and escape her horrifying new reality.

Smile is the debut feature of Parker Finn who both writes and directs and the films stars Sosie Bacon, Jessie T. Usher, Kyle Gallner, Robin Weigert, Caitlin Stasey with Kal Penn and Rob Morgan. No confirmed release date yet but this looks set to be a Halloween horror!