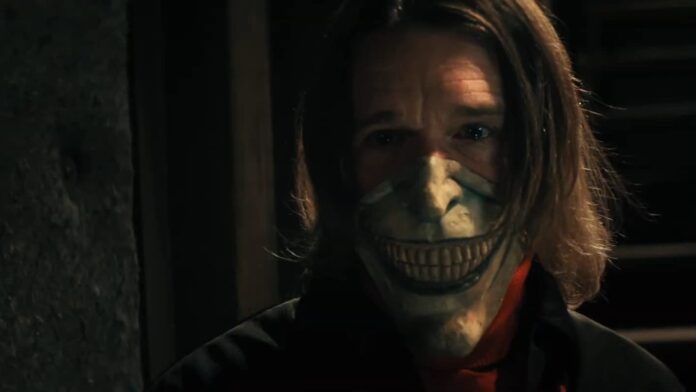 Few films feature the villain at the centre of narrative, so the filmmakers knew that The Grabber, a child serial killer and a symbol of pure evil who terrorizes a northern Denver town, needed to be embodied by an actor with the depth, nuance and cultural gravitas to anchor The Black Phone. Four-time Oscar® nominee Ethan Hawke, with whom they had made Sinister, was at the top of their list. “I wanted to capture the way such a figure could become almost mythological for the kids,” director Scott Derrickson says. “Something scary, but also exciting. Fascinating, but also terrifying.” There was one major hurdle they had to get over, though. “Ethan isn’t generally a big fan of doing genre or horror because he gets too scared,” Derrickson says, with a laugh.

Ethan Hawke was, in fact, hesitant at first, and not just for that reason. “I don’t mind playing flawed or unlikeable characters, but once an audience sees an overtly evil character, they can’t unsee it, and it changes the way they relate to you,” Hawke says. The script, and in particular the relationship between Finney and his sister Gwen, changed his mind. “I thought it was special because, yes, it’s a scary movie, but it has a heart of gold,” Hawke says. “That, coupled with the fact that I really wanted to work with Scott again, made it an easy decision.” 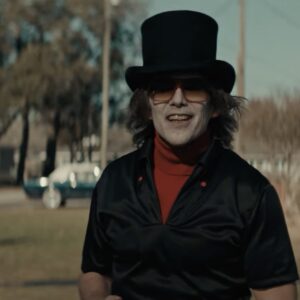 He also connected to his own fears growing up during the 1970s. “There were a lot of cases of people abducting kids, and there was also the explosion of the fear of serial killers. We were haunted by this idea that there’s some mad man with no morals out there.”

In Joe Hill’s short story, The Grabber was inspired by John Wayne Gacy, a serial killer known as the Killer Clown, who murdered at least 33 young men and boys between 1972 and 1978. “When I was thinking about that kind of predator, I was envisioning someone with echoes of Gacy,” Hill says. “And there was another child killer in the late ’90s outside of Boston that I read about in the paper, and it has haunted me my whole life. I don’t know why it made such a deep impact, but it did. One of the things we turn to fiction for is to get justice that we don’t get in real life. In real life, these awful things happen and there’s no way to fix it, so we fix it the way we can, with stories.”

The Grabber is a failed magician who is shrouded in darkness. “Some part of The Grabber’s soul has been so eroded that he can justify doing things that most of us can’t even think about,” Hawke says. “It’s hard to play that level of malevolency because it’s impossible to justify.” 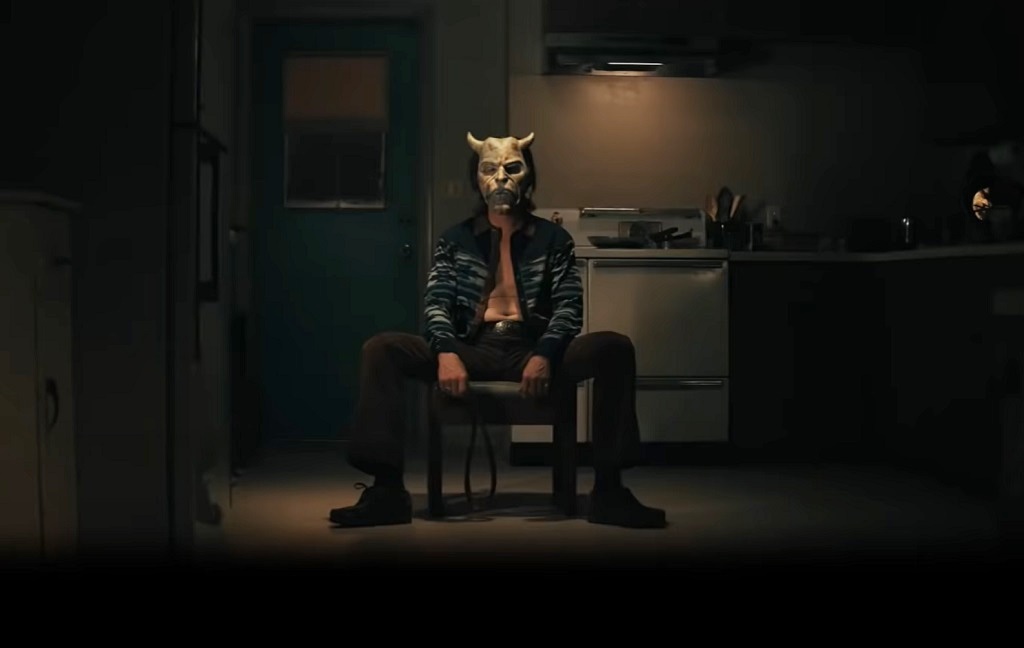 And although his magic days are over, The Grabber still dons terrifying full-face masks, each with a different expression. “There’s something to be said about the fact that he goes to such great lengths to not be seen,” Hawke says. “He must really hate himself. And that level of self-loathing is probably what gives him the ability to hurt others. I was excited about the idea of playing a character in a mask, and Scott was looking for someone who was game to play with them. When I read the script, I imagined there being just one mask, but Scott devised a plan where the mask itself works in this strange, symbolic universe, constantly adjusting which part of The Grabber’s real face is actually showing.”

The biggest challenge of wearing the masks for Hawke was figuring out how to communicate and relate to the other actors while wearing them. “Even just living through the pandemic, we’ve all seen how masks change how we relate to people,” Hawke says. “When someone covers their face, you automatically look to their gestures. We’re hardwired to read people’s moods by reading their face, so when that’s gone, things like body language and energy are what you immediately start reading. So that was a fun challenge for me to figure out for the character. How does he stand? How does he move? What’s the quality of his voice?”

The resulting performance is unforgettable, but for Hawke it was the relationship between Finney and Gwen he couldn’t shake. “When I showed Ethan the finished film, he had a very powerful, personal reaction to it,” Derrickson says. “He said it was so suspenseful and scary yet told entirely through the eyes of love. That’s probably my favourite thing that anyone has said to me about the movie.”