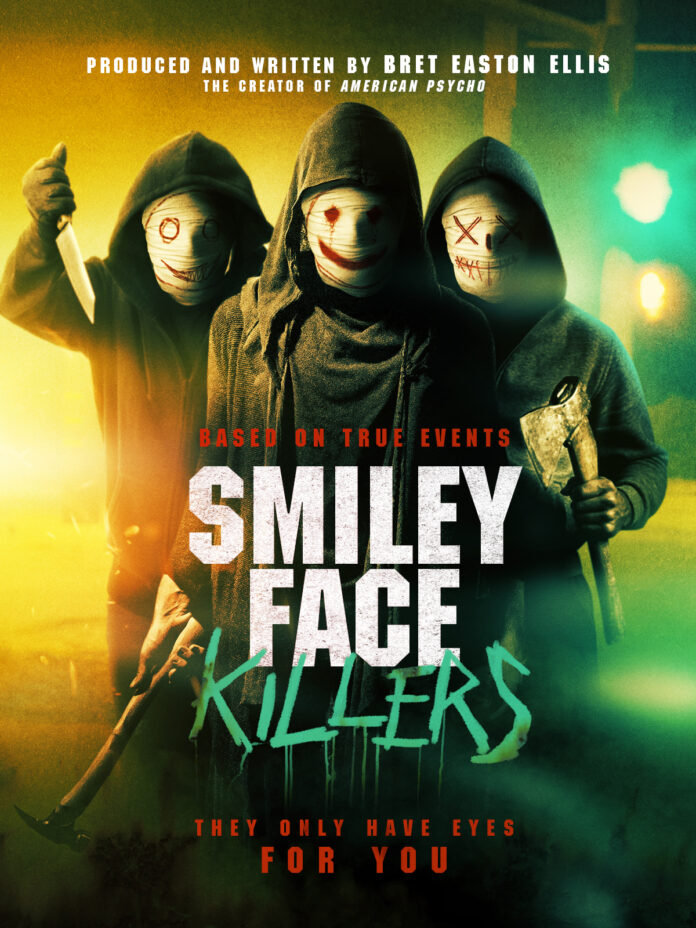 Ever since The Coen Brothers film ‘Fargo’ started with the claim ‘Based on a true story’ only for it be revealed years later that it was fiction so now when Smiley Face Killers claims to be ‘inspired by true events’ immediately we’re thinking how far from reality is this going to get? It’s a bit like watching a women’s football match with disgraced sports commentator Andy Gray who’s ploughed his way through the complimentary bar and wondering at what point he’s going to lose any self control and blurt out something outrageous and get fired again. You know that moment can’t be far away and in The Smiley Face Killers it’s when one of the hooded murderers is seen to be so hideous of face that when he was born the midwife would have slapped his mother. 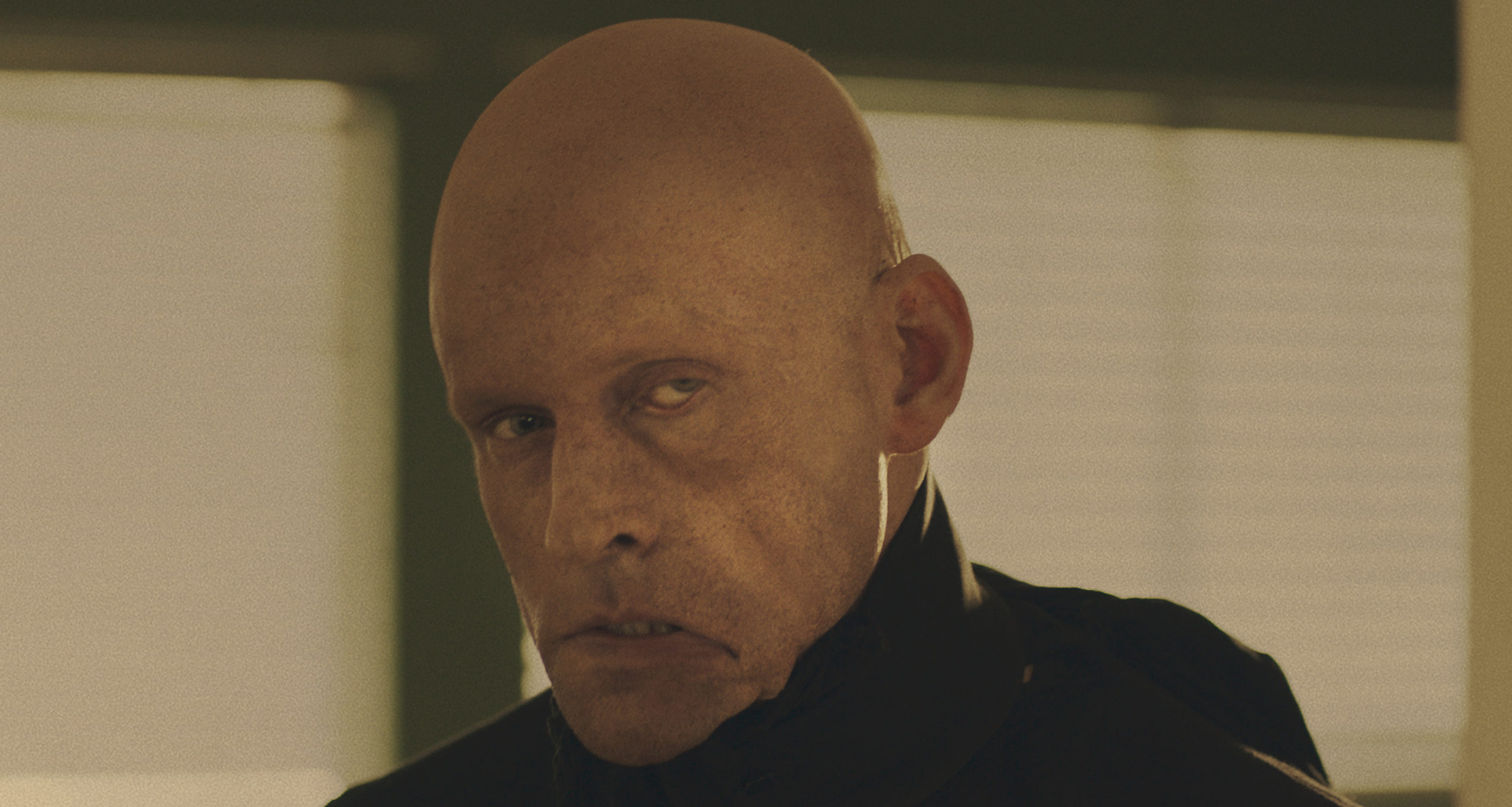 The true events that allegedly inspired Smiley Face Killers goes back to 1997 since when over 150 campus students in the US have disappeared only later to be found drowned with a graffiti tag found in the vicinity. Whether this is the work of a serial killer or just some urban myth has never been verified but it’s the start of a grim slice of urban life that novelist Bret Easton Ellis has always had a fascination and has taken these events as the basis for his script. It’s a grimly compelling first 10 minutes starting with the slaughter of a bunch of domestic animals eviscerated and laid out in pieces like a ‘put it back together’ team building exercise for vets.

Soon after several college students are kidnapped by a mysterious white van and their bodies washed ashore a few days later with a smiley face tag nearby hence the film’s title. as a film Smiley Face Killers steers clear of any police procedural who are wholly absent from the proceedings here and instead focus on Jake (Ronen Rubinstein) a healthy handsome college sportsman cycling around LA and meeting up with his girlfriend Keren (Mia Serafio) increasingly worried for his ever more introverted behaviour when she finds that he has not been taking his meds.  Now the claim that women make about partners is they want a GSOH and want to be laughed into bed …….it is, of course, as any man will tell you, utter cobblers  and having a GSOH is the equivalent of being the best looking guy on the burns unit and we’ve yet to see Woody Allen with a string of supermodels. Jake is handsome but dull, the sort of guy who is outshone by the colour beige and having come off his meds he becomes ever more introverted and suspicious of Keren’s wholly innocent ex- boyfriend. In fairness  actor Ronen Rubinstein plays this aspect of Jake pretty well because for much of the film he seems to have been directed to a) ride your bicycle, b) scroll through the messages on your phone and c) ride your bicycle while scrolling through the messages on your phone. 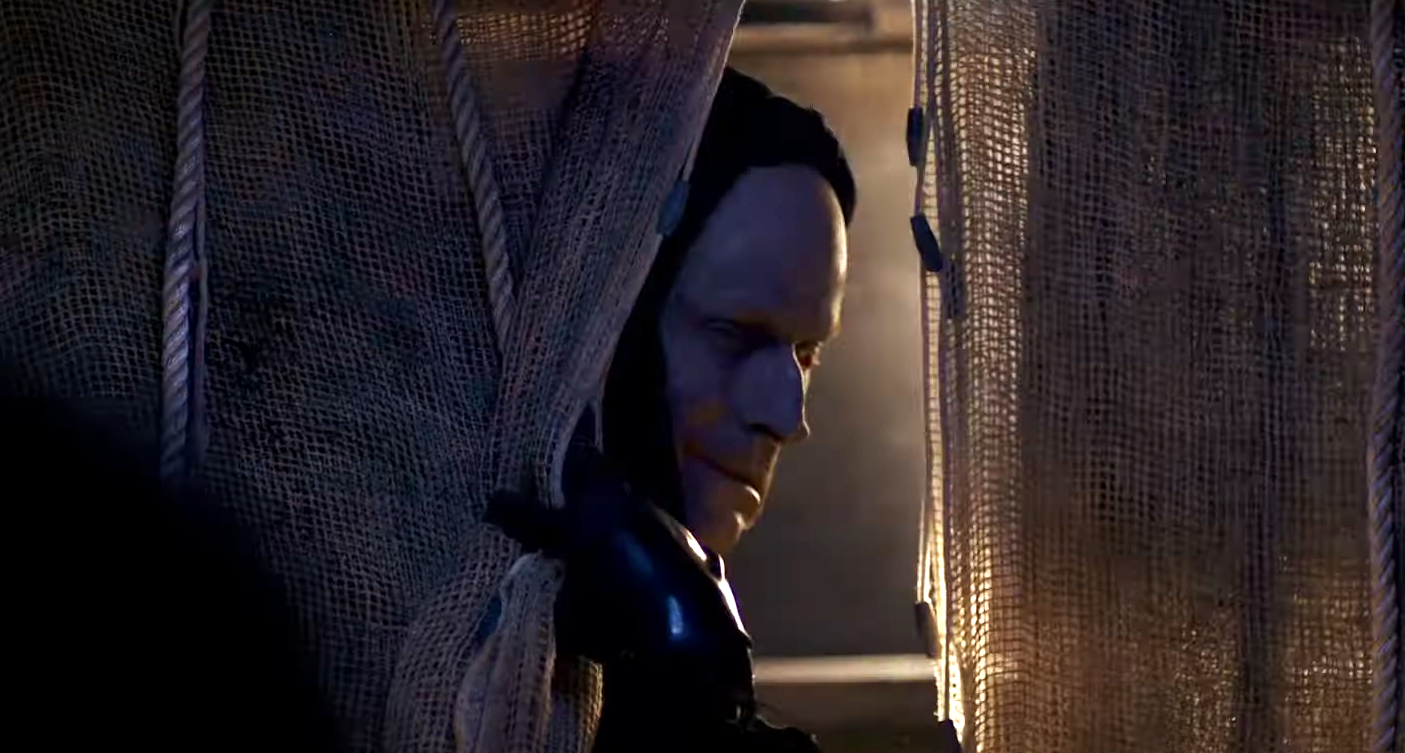 What Jake is unaware of is that the white van man is actually 3 cowl wearing geeks devoted to  some bonkers water obsessed religious sect that they seem to have made up and have him marked as their next victim. Breaking into his home and lurking in the off campus student house undiscovered leaving a smiley faces marked up map on his bed and texting him repeatedly with, ‘ The Water Wants You’ like some overzealous counsellor for Alcoholics Anonymous.  Meds free and ever more insecure it all starts driving Jake to distraction accusing Keren et al of pushing him to the brink and its at this point the smiley face killers strike in brutally gruesome fashion 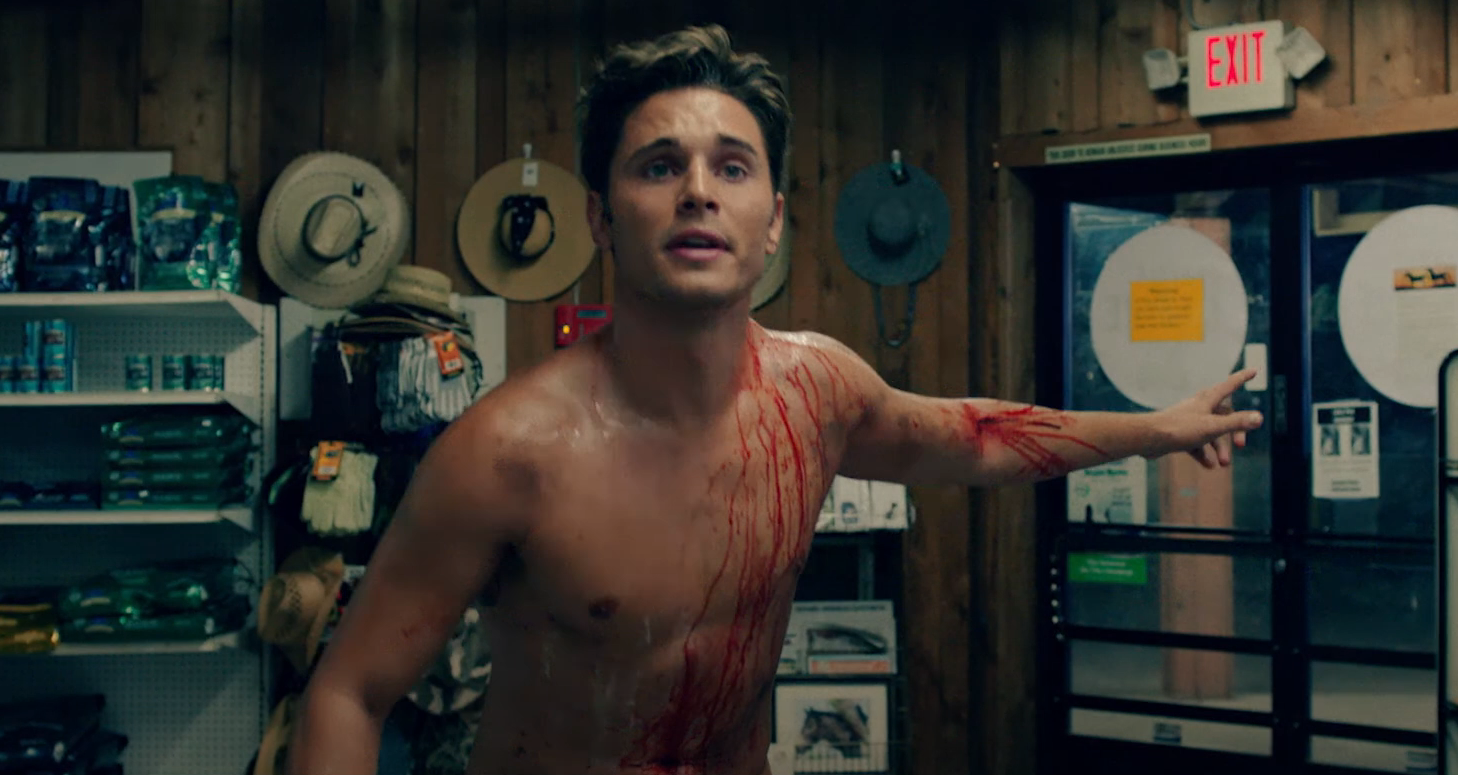 Smiley Face Killers is typically Bret Easton Ellis territory with his interest in LA lowlife, casual drugs use and extreme violence with his usual nihilistic take on it all and fans of his work won’t be disappointed. However for the rest of us this is far from satisfying with a saggy middle section enlivened by an unflinchingly violent final 20 minutes with a downbeat ending.