In a way The Spy Who Dumped Me is similar to a scenario our Editor found himself in recently having himself in a bit of a pickle this time over  couple of old TV’s he keeps in his garden shed. His wife left to go shopping only after telling him to get them fixed or throw them out she left. Shortly after Mrs Ramsbottom from the TV repair shop arrived and our Editor showed her down a narrow corridor at the rear of the house to the shed where he kept an old Fidelity and Bush TV. The first thing Mrs Ramsbottom told our Editor was that it was too damp in a garden shed to keep a TV but after making her a cup of tea and taking it down to the shed Mrs Rambottom was pleased to tell him that she had fixed both the TV and that it was only the aerial on the old black and white Bush TV that needed fixing

It was only when the Editor’s wife returned later that day and asked how he’d got on that he told her, ‘Mrs Ramsbottom said I couldn’t keep my Fidelity in the garden shed when I took her up the back passage. But she took one look at it and she sorted out my horizontal hold and then she extended the aerial from my old black and white Bush’……the Editor is currently sleeping in the spare room. (‘You’re fired!‘ – Ed).

In fairness the Editor’s wife didn’t know everything and it’s the same for Mila Kunis as Audrey doesn’t realize that her boy friend Drew (Justin Theroux ) is actually a spy and she tells her best friend Morgan (Kate McKinnon) that unwittingly he’s a spy who dumped me.

Written and directed by Susanna Fogel this has some brutal moments from the start as Theroux is pursued by villains through a generic European city whilst Kunis berates his unreliability to McKinnon in a bar again. It’s McKinnon who gleefully encourages her to burn his things on a barbeque only to find that one of those items is the key to Drew being pursued in the first place and the bulk of the film is taken up with them trying to get the item to him whilst they themselves now become the target .

So we have one of those comedy crime capers with wacky Americans in comedy action which at times is jarringly violent and out of place with the comedy as they are pursued for what seems to be that modern day spy film staple , the flash drive. 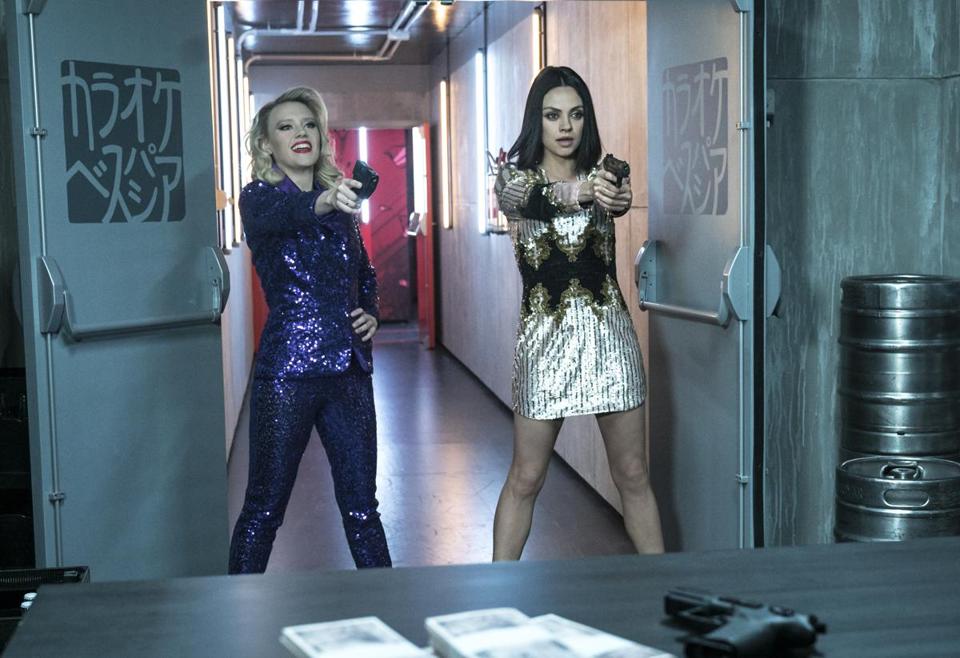 Kunis looks good, but then it would be impossible to make her look bad and for once McKinnon gets a chance to shine in a half decent comic role, and not before time, because her previous outings have either been irritating (Ghostbusters) or underwritten (Office Christmas Party) and neither really were the hoped for success but here she really gives it her all and perhaps tries a little too hard.

The Spy Who Dumped Me has some decent action scenes and occasional amusing moment but it’s the chemistry between the two leads which only just lifts it above the average.

Here’s The Spy Who Dumped Me trailer……