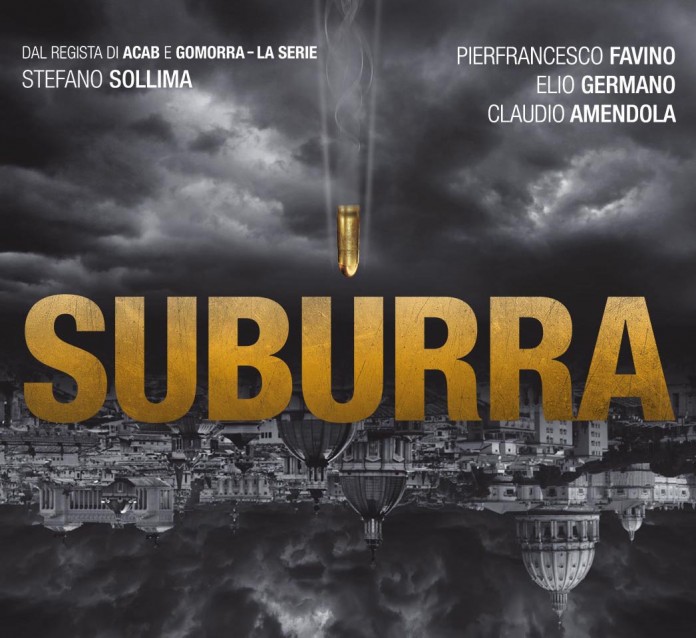 After watching new  Italian film ‘Suburra’ with its scenes of  corrupt politicians accepting backhanders from crooked businessmen and crime syndicates and drug fuelled romps with underage prostitutes how reassuring it is that this could never happen to politicians in the UK who are fine upstanding pillars of the community and would never indulge in financial shenanigans or sex scandals.  No, no, no, that could never happen here in good old blighty where politicians are moral and upstanding pillars of the community .

Suburra opens with what appears to be a dull run of the mill local council meeting where a vote for turning the sea front into a mini Vegas is being pushed through by cynical MP Filippo Malgradi (Pierfrancesco Favino) and after a hard day of petitioning fellow councillors to support the motion what better way to relax than to indulge in drug fuelled  three some with a crack crazed underage prostitute and her friend in a hotel room. What could possibly go wrong? Well the minor could die from the effects of smoking crack leaving you with a body to dispose of. Its from here that this utterly scintillating tale unfolds with each chapter headed by a daily countdown to what is dubbed ‘Armageddon’ though quite what this apocalyptic end is going to be is unknown. The story interweaves multiple narratives involving a clan of violent east European gypsies, a young crime lord wanting to establish his own reputation and a much feared though seemingly genial fixer for the other much feared crime families whose strands all ultimately converge.

At times this has been stunningly photographed in rain drenched nights alternating with neon lit day  and is in turn utterly mesmerising and compelling with some hypnotic scenes with a story that drags you in inexorably.  Director Stefano Sollima  has taken a source novel whose central minister seems to be partly inspired by ex Italian PM, Mr Bunga Bunga himself, Silvio Berlusconi  and weaved a brilliantly intricate plot where casual violence is part and parcel of everyday business dealings regardless of it being in the underworld or politics. Both seem to be different sides of the same coin. The sense of dread throughout is palpable with some characters being nervously aware of the potentially fatal consequences of their actions most notably in a scene where a well to do pimp  in hock to the gypsy leader is forced into telling him where a central character is hiding knowing full well what will happen to her.

Sollima has conjured up some shocking moments not so much from violence being perpetrated by others but by characters own unexpected actions– one nonchalantly jumps to his death off a bridge, another walks out into the busy road only to be fatally run over – all filmed seemingly without any edits making it all the more shocking.

With uniformly good performances led by Claudio Amendola as the fixer it suffers only from being perhaps a little too long at 130 minutes and some may be put off by the subtitles ….. but don’t be this is one of the best modern crime movies to have come out of Europe in a long while and is possibly one of the best films we’ll see this year. Do not miss it!

Unfortunately we can’t find a English subtitle trailer but this will give you a flavour of the film and it will have subtitles when it is released in the UK on 13th May 2016! – honestly!