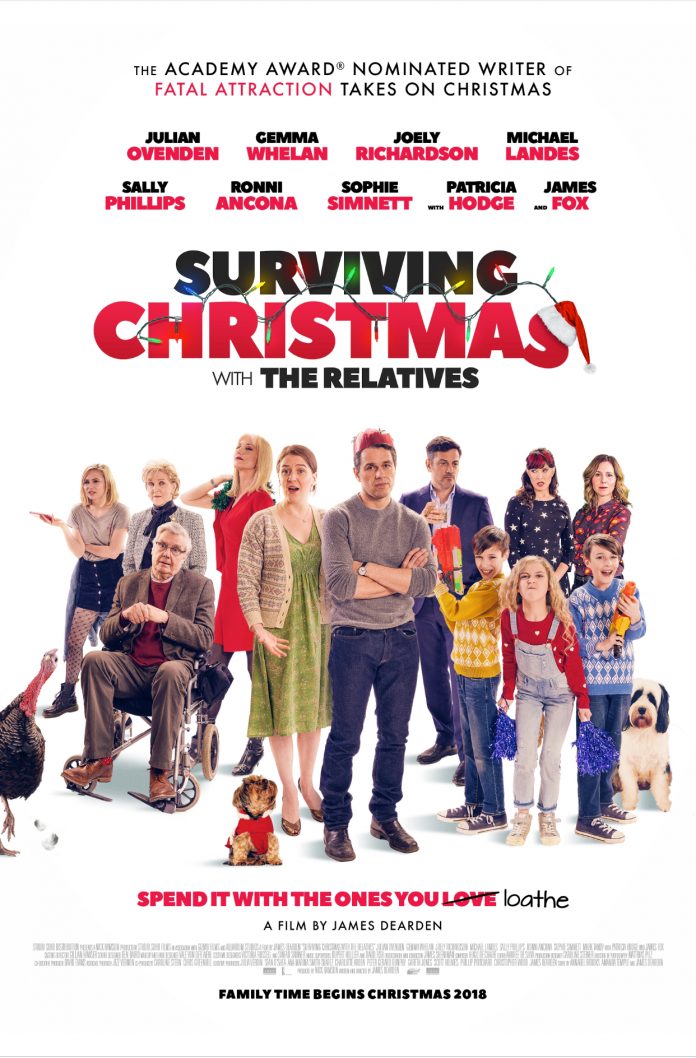 EU remainers complain about casual racism, overt xenophobia and simmering hatred of minorities but what they forget is that all of this is the mainstay of every family Christmas dinner as unenlightened grandparents carry on like it’s still 1973 whilst parent’s tongues are loosened by lager and stereotypical clichés of anyone who doesn’t conform to the norm is verbally lashed.  So watching Surviving Christmas with the Relatives will be home from home for many audiences. Except none of that really happens here dinner with the family where Mum & Dad Dan & Miranda and their brood of kids have moved into their newly inherited country pile renovated by a group of Polish builders they’ve kindly let live in a couple of dilapidated caravans in their grounds of the mansion. 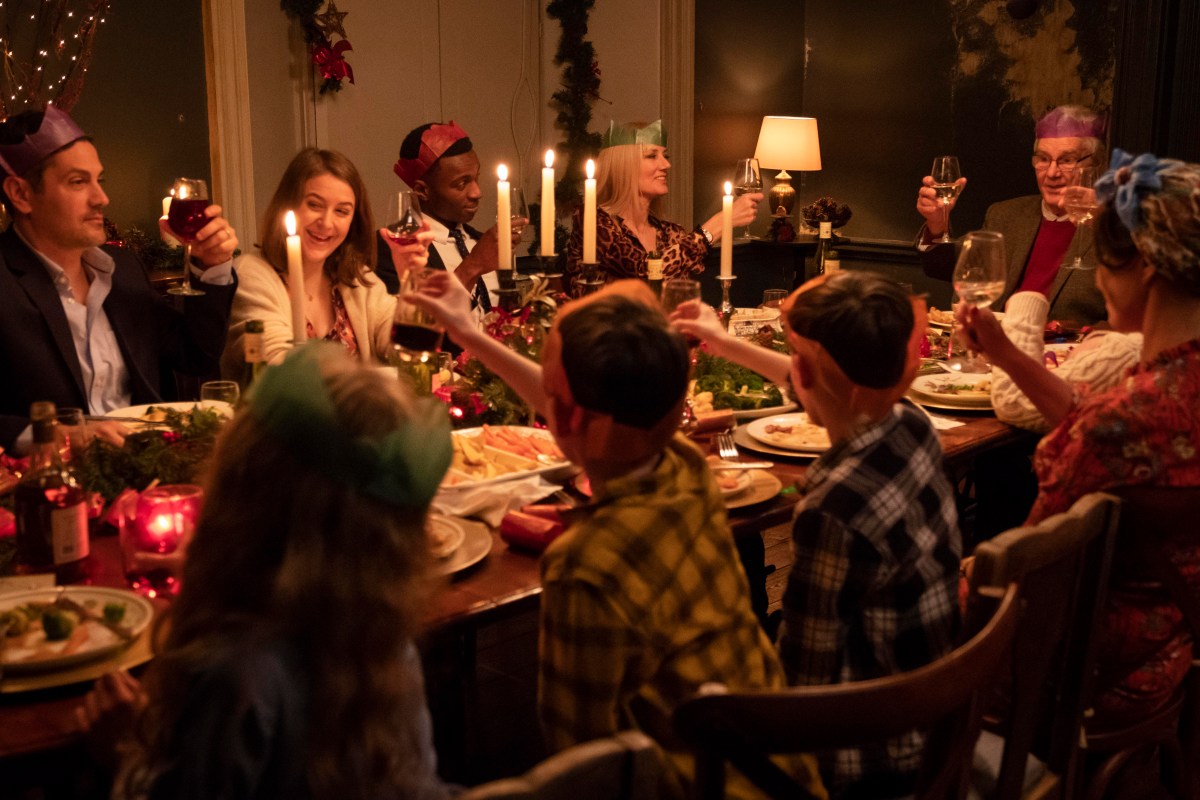 Divided into chapters starting with Christmas Eve, Dan (Julian Ovenden) rushes into London to get a turkey and do his Christmas shopping whilst at home his wife Miranda (Gemma Whelan) is having an Aga oven delivered ready to cook Christmas dinner for her Hollywood actress Lyla (Joely Richardson) and her family to arrive as well as Aunt Peggy (Patricia Hodge) and a visiting diabetic Uncle (James Fox). What could possibly go wrong? Obviously pretty much everything from the newly delivered oven not being installed, to the Hollywood sister dropping the bombshell that she wants half the house as part of the inheritance.

Written and directed by James Dearden this has a large cast with a wide age range all jostling for  screen time with each of their story lines and by and large he succeeds though there are several roles that are underwritten and appear to have no real purpose with a visiting Chinese exchange student being the most notable. Playing much like a British National Lampoon’s Christmas Vacation without the belly laughs this plays along pleasantly enough until some jarring change in tone starting with Lyla’s husband Trent (Michael Landes) who starts snorting coke and Dan’s son from his first marriage turning out to be a pot head who has to be rushed into a clinic on Christmas Day. Add to this a couple of sex jokes which are never really fully capitalized on (a family dog takes Viagra being one) or just misjudged (Patricia Hodge and a sex toy is glaringly out of place) and what should be an amiable comedy,which it mostly is, turns a little sour in places. 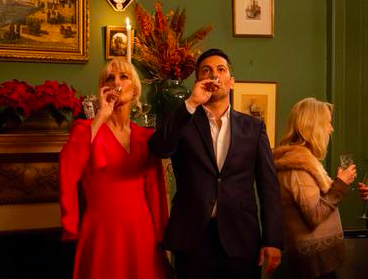 Surviving Christmas with the relatives keeps its Christmas theme running with a decent soundtrack of cheesy Christmas hits but after about half way the film seems to lose all its Christmas feel and is bought to a resounding halt when the Chinese exchange student and the pot head  son have a romantic dalliance on the mansion roof to the tune of that old Christmas karoake favourite ‘Slave to Love’ by Bryan Ferry, a song more appropriate to the life story of Joseph Fritzel and from here it loses any sense of festive spirit. With so many characters few if any get a chance to shine with comedy impressionist Ronni Ancona as the unlucky in love  sister largely wasted as is Patricia Hodge, Sally Phillips and James Fox presumably agreeing only to take the role if he can sit down throughout hence the wheelchair is gets trundled round in and the cantankerous reputation the sisters label him with is nowhere to be seen and actually he has a pivotal role as peacekeeper between the sisters warring over the will.

Surviving Christmas with the relatives is pleasant enough but it’s the pissed up Poles in the garden who seem to be having the best Christmas out of all of them. Although only 96 minutes long the film much like the relatives outstays it welcome.

Here’s the trailer for Surviving Christmas with the Relatives…….