Honest Thief, much like Boris Johnson : faithful husband and Amanda Holden : actress, are oxymoron’s with the emphasis on the last part of the word in the case of the last two examples.  Here the Honest Thief is Tom (Liam Neeson) a notorious bank robber dubbed ‘the in-out bandit’ – a codename likely to be found in Jeffrey Epstein’s little black book alongside Prince Andrew’s name.  Unlike the Prince of Paedo’s, Tom wants to fess up having met Annie (Kate Walsh) in a charming scene where she works as a storage office receptionist when he moves to a new city having spent years robbing banks to the tune of $9m. After a year of dating and fully loved up Tom decides to settle down but can’t live with keeping his secret from her and decides to fess up and tell the Feds that he is indeed the in-out robber in exchange for a  reduced sentence so he can live the rest of his days settled down with Annie.

Having phoned in his admission to Agent Sam Baker (Robert Patrick) & his colleague Agent Meyers (Jeffrey Donovan) they pass the case on to junior agents believing it’s just another fame hungry wannabe claiming to be the elusive robber. It turns out that these junior agents played by Jai Courtney and Anthony Ramos have other ideas when they realise that Tom is the real thing after they find the money stacked up in a storage garage. It’s Courtney’s corrupt agent who looks on the money in much the same way as Gemma Collins looks on a free all-you-can- eat-buffet  seeing the the ready cash as a gateway to early retirement . Dragging his colleague into the plan it soon goes awry when he ends up shooting dead Agent Baker (Robert Patrick unable to show the same self healing powers that his iconic T-1000 Terminator had). So our Honest Thief, knowing he’s going to be framed for the murder, turns fugitive and we’re back in familiar Liam Neeson territory and once again his career boosting line from ‘Taken’ comes to the fore as he sets about going after the two rogue agents. He will find them and he will kill them. 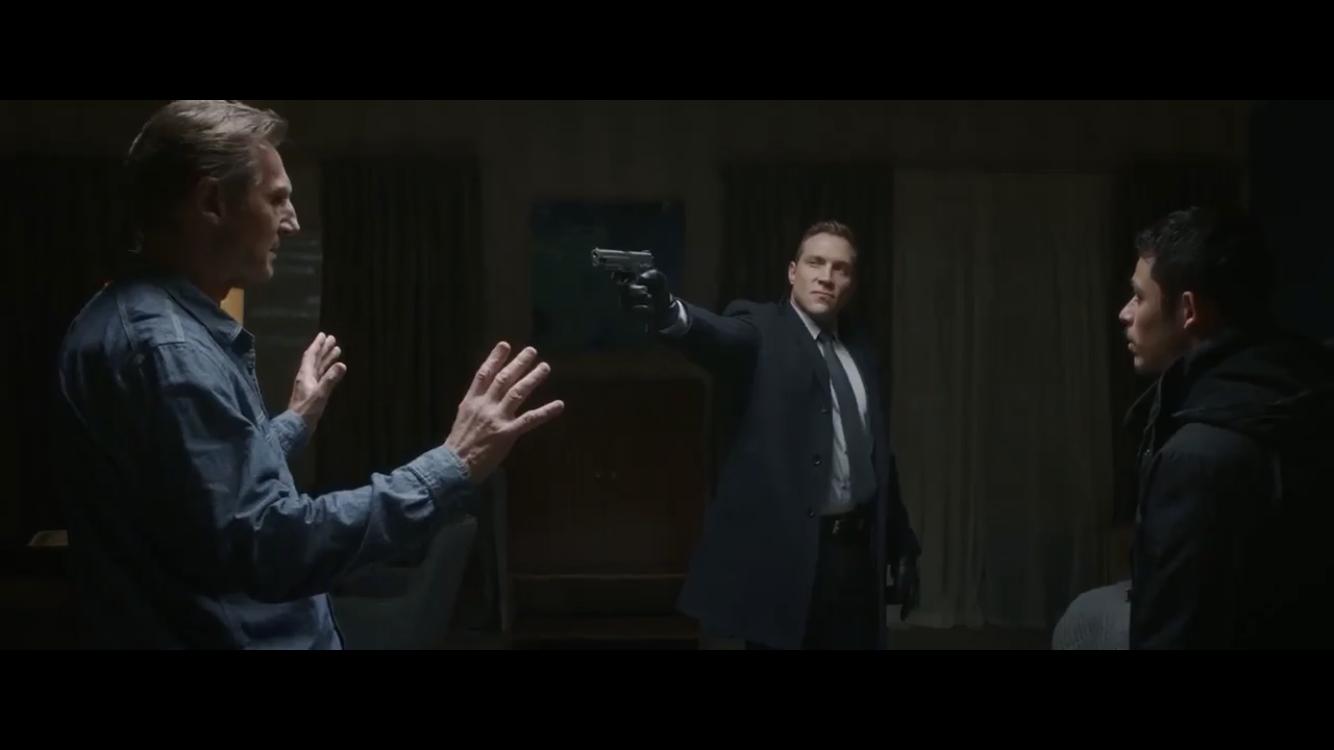 It’s hard to believe that it was all the way back in 2008 that Neeson’s career was given an unlikely boost by reinventing him as an action man – a role that he is very good at playing but perhaps now it is overshadowing how good a dramatic  actor he is and there’s a glimpse of it here as he professes how much Annie means to him in a brief respite from the punch ups, shoot outs, and explosions. It’s easy to forget that he has made great films for directors such as Spielberg (Schindler’s List), Scorsese (Silence, Gangs of New York) and Christopher Nolan (Batman Begins ) but the list of action movies since Taken is starting to overshadow all of these.

Directed and co-written  by Mark Williams this is pacy and at 90mins never outstays its welcome but Honest Thief is generic stuff and really if Neeson is going to continue with what really are easy pay cheques he needs a movie helmed by the wave of stuntmen turned action directors to put him back on his A-game!