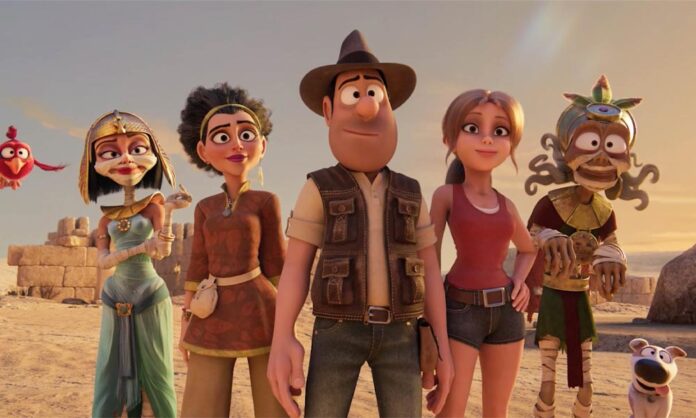 Tad’s biggest dream is to be accepted by his archaeology colleagues, but his accident-prone nature gets in his way. When he inadvertently destroys a rare sarcophagus, a spell is cast, putting his friends’ lives in danger. Saving Mummy, Jeff and Belzoni will trigger an action-packed adventure that will lead Tad and Sara to travel to the far corners of the world to find a way to stop the curse of the Emerald Tablet.

Very much in the mould of a kids style Indiana Jones the films have proved very popular with young children and this looks to continue that trend.