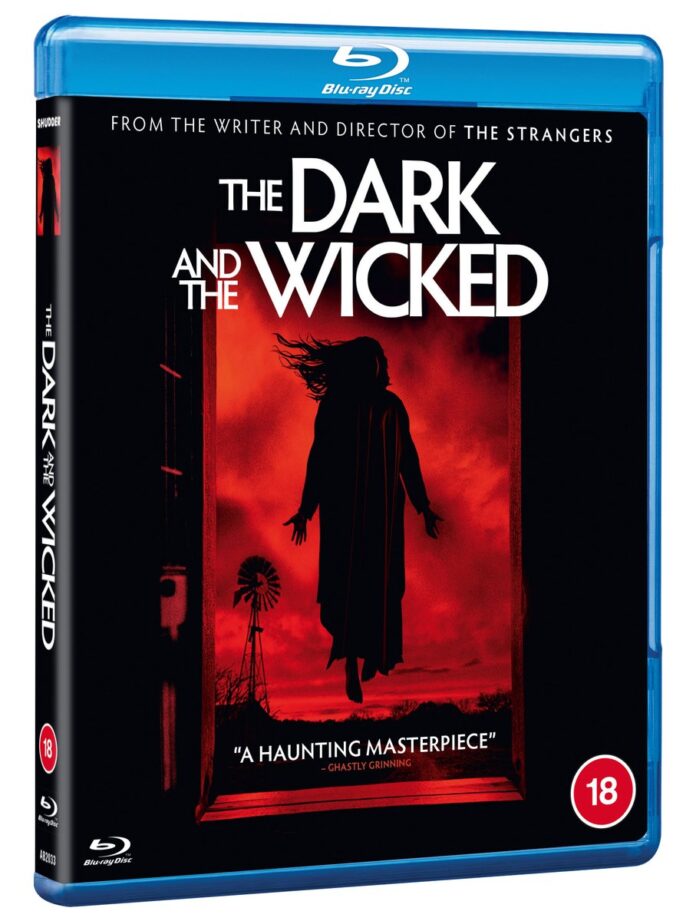 Writer – Director Bryan Bertino had made a spectacular debut with his 2008 home invasion film, ’The Strangers’ , starring Liv Tyler about a young couple in an isolated home terrorized by three masked assailants. His latest film ‘The Dark and the Wicked’ maintains his interest of remote locations with a secluded farm being the setting where a man is bedridden with his breathing assisted whilst his wife succumbs to overwhelming and crushing grief. Despite their mother telling them not to come their grown up children Louise (Marin Ireland) & Michael (Michael Abbott Jr) return home to help but it’s not long before they come to realize that something’s very very wrong with their mum far more than her overwhelming sorrow . They soon come to realize that their mum was right in telling them not to come but now it’s too late as both children, like their mother,  become prey to all consuming darkness haunted by nightmares, visions and a sure sense that there is an evil taking over the family and all who have any connection to them. 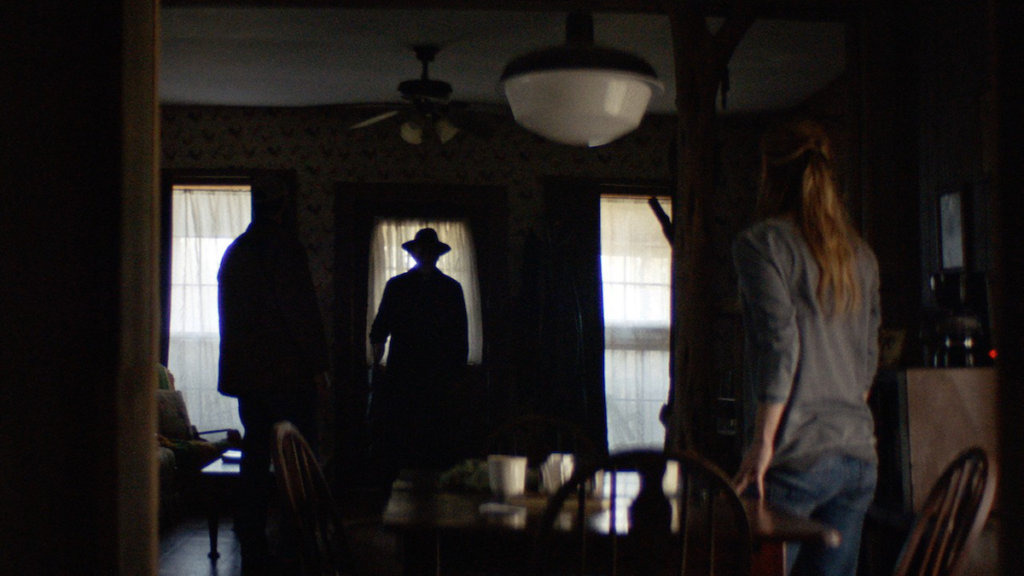 The script is structured around day by day chapters over the course of a week that builds ever   more ominous and towards something seemingly inevitably terrible. Bertino showed with The Strangers that he can build suspense and frame shots to give audiences the shivers and The Dark and the Wicked is no different but here it’s a slow deliberate and methodical progression and for some audiences this might be too slow. It’s a sense of a creeping terror that will eventually be revealed and was explained to his cast as being like, ‘blood in the water’ and there are scenes in this which are well constructed but for many horror fans this might be too deliberately paced along the lines of Ari Aster’s films ‘Hereditary’ and especially ‘Midsommar’.  The difference here is that this runs a brief 90 minutes but at times feels longer.

The Dark and the Wicked blu-ray is something of a vanilla disc with the only bonus feature being a zoom Q&A with lead actors Marin Ireland and Michael Abbott Jr and they give an insight into how the making of the film even though both admit to not being horror fans and Abbott ended his final day of the shoot by being rushed to A&E with a serious knee injury. What is sadly missing from the disc is any contribution from Bertino who wrote what was apparently a very personal script and was shot on a ranch owned by his family and it’s a great shame because the bonus features are crying out for his insight into various aspects of the film something he did so well with the excellent release of The Strangers disc reviewed HERE.

The Dark and the Wicked goes for lo-fi and disturbing scares rather than in your face shocks and it works well on that level and in that respect it would be good to see him helm a film in The Conjuring franchise but Bertino’s films, after the success of his debut, have struggled to find commercial success and this is no different.

Here’s The Dark and the Wicked trailer…….

The Dark and the Wicked is released on Blu-Ray, DVD & Digital Download on 5th July 2021