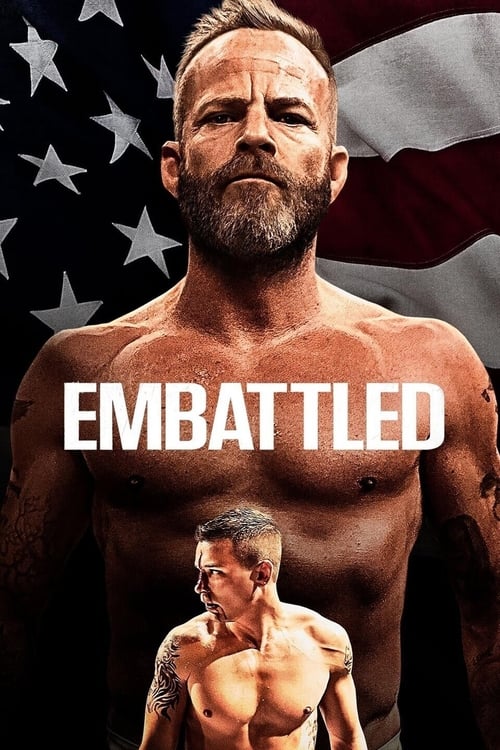 The popularity of MMA fighting has been huge though admittedly it been around for decades most notably at 11:10pm on a Friday and Saturday night as the pubs turf out their clients on to the high streets of Britain. The sport has spawned several films most recently Huracan and Embattled is the latest with Stephen Dorff as Cash Boykins an MMA champion fighter first seen on his way into his latest high earning Las Vegas fight. As he struts down the corridor with Jett, his 18 year old son in his entourage, as he loudly tells all about the size of his ‘package’ – the sort of thing you might only expect at the post office.  Pushing his son to try it on with his private jet’s stewardess and with no apparent regrets  about having beaten Jett’s mother, his now ex-wife, in an episode that still haunts Jett. Cash is a repellent specimen of toxic masculinity the sort of person who would might prompt Fred West to think he could be in with a chance of winning a Father of the Year contest.

Jett, who himself is in training to follow in his father’s MMA footsteps, lives with his mother, Cash’s ex-wife, along with his brother Quinn (Colin Mckenna) who suffers from Williams Syndrome  and who  Cash regards as an embarrassment and persona non grata. A further nail in Cash’s coffin of decency is his refusal to financially support his ex-wife and sons and she make ends meet working as a waitress whilst he lives a superficially and vacuous existence in a mansion populated by eye candy and it is all underlined in a pointed denouement at those aspiring to such a life. 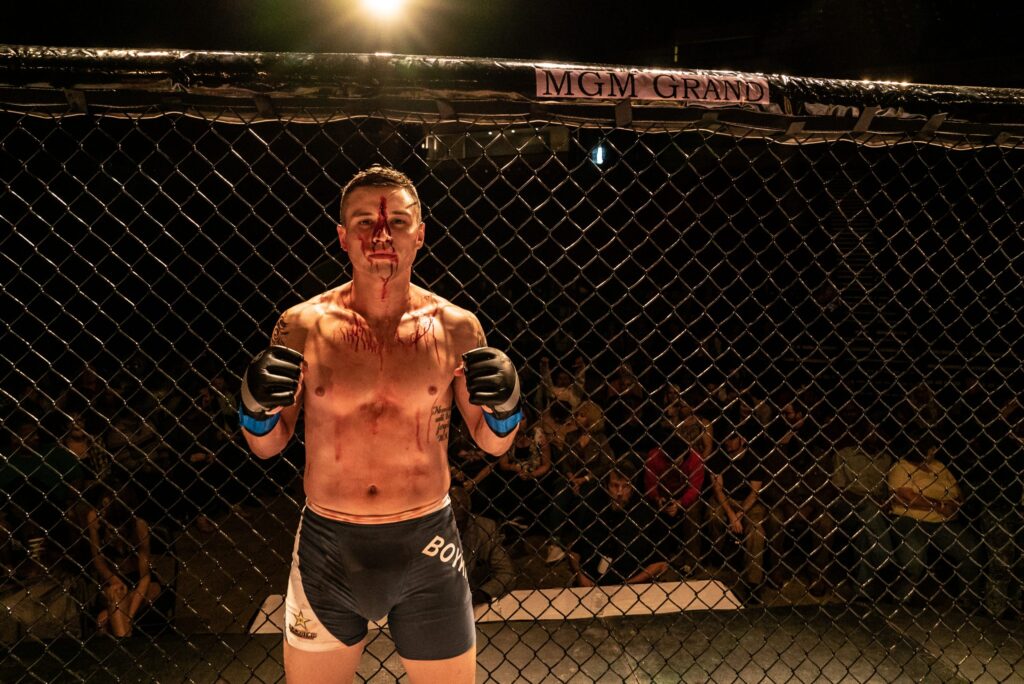 There’s a lot of storylines going on in Embattled – Jett’s emerging romance with another high school student, a single mum coping with a disabled child, Jett trying to set up his mum with a wheelchair bound teacher, Cash’s battle with the MMA powers over health insurance, unionisation and fair pay. Much of this is not satisfactorily explored or developed and could be cut out with little discernable difference and the thrust of the film is towards the impending climatic father-son MMA fight instigated when a leaked viral video of Jett intervening a bit of verbal and physical bullying of between cash and his seven year old son he had with his new wife. 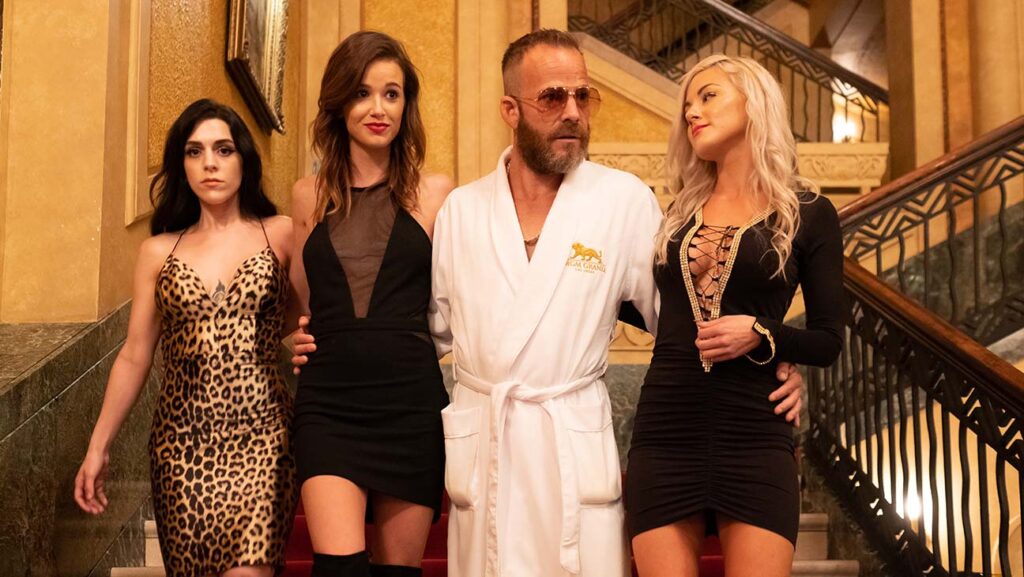 Like any type of sports film there’s the ‘training montage’ a trope which is still reeling from the laceration in ‘Team America : World Police’ although quite how Cash ever wins fights is a mystery as there’s little sign of him ever training except propping up the bars he so readily drinks from.  Ultimately this all leads to the climatic smackdown which is well shot taking you into the bone crunching action. 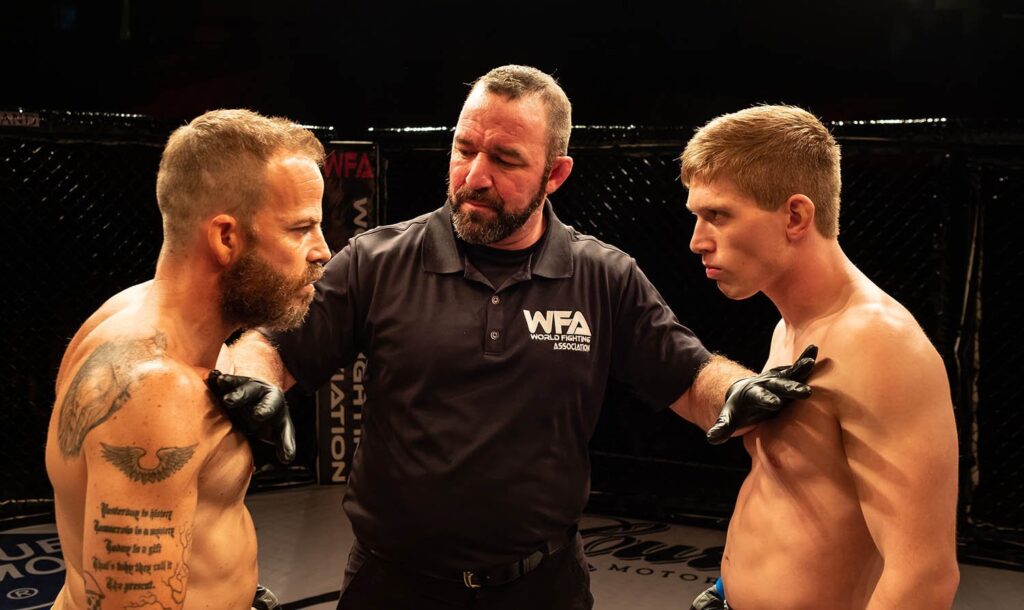 Embattled though is very much Stephen Dorff’s film in a polarizing role playing a thoroughly objectionable monster of a man lacking in any self awareness and the implied comparison to real life brawler Conor McGregor is obvious but Dorff is on blisteringly brutal form. Everyone  else in Embattled pales in comparison and the one character that would have been a decent foil is the wheelchair bound army veteran and teacher Mr Stewart (Donald Faison) unafraid to, as it were,  stand up to him and there’s really only one scene where we get to glimpse what could be compelling face offs with Cash. 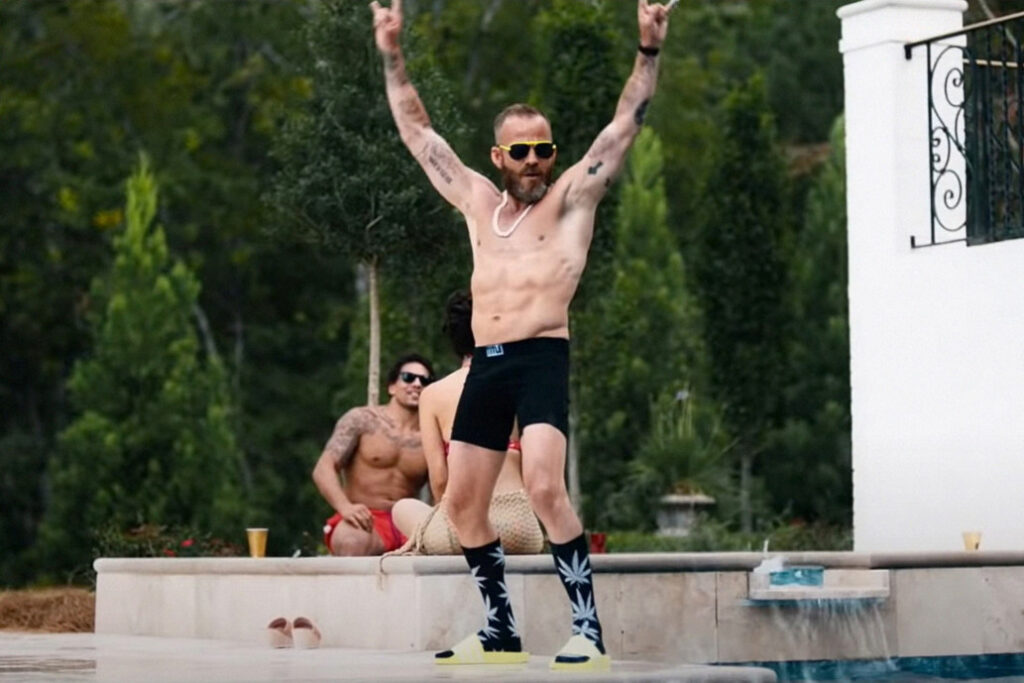 That the message of Embattled where the troubled father-son relationship can be solved by going mano–a-mano is suspect but obvious in such an environment where testosterone sloshes around the screen every time Cash appears. For a Hollywood film it’s rare to see an actor such as Dorff play such a repellent character but Embattled is the most commercial of recent MMA fight films.

Stephen Dorff spoke to us abut the making of the film and the injuries he sustained…..