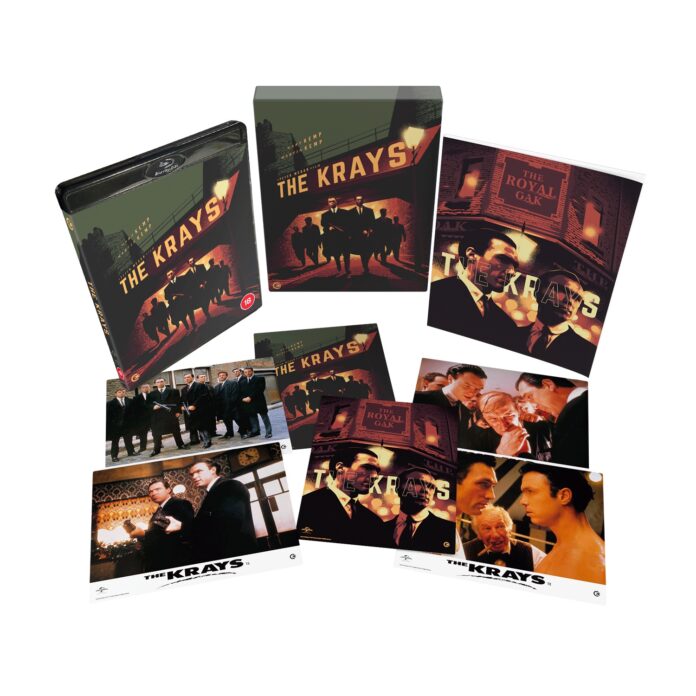 The hardened image of notorious East End gangsters The Krays being portrayed as a pair of androgynous pirates in frilly fop shirts with flamboyant make up and heavy eye liner was potentially what many were expecting on hearing the news that  Martin & Gary Kemp of New Romantic pop group Spandau Ballet were to be cast in the roles.  The band having started at the height of the new romantic era in the late 70’s and started having chart success soon a few years later.  Having had huge hits throughout the 80’s their chart success was on the wane by the end of the decade with the rise of the second summer of love, house music and the dawn of raves and the band recorded their last album in 1989. 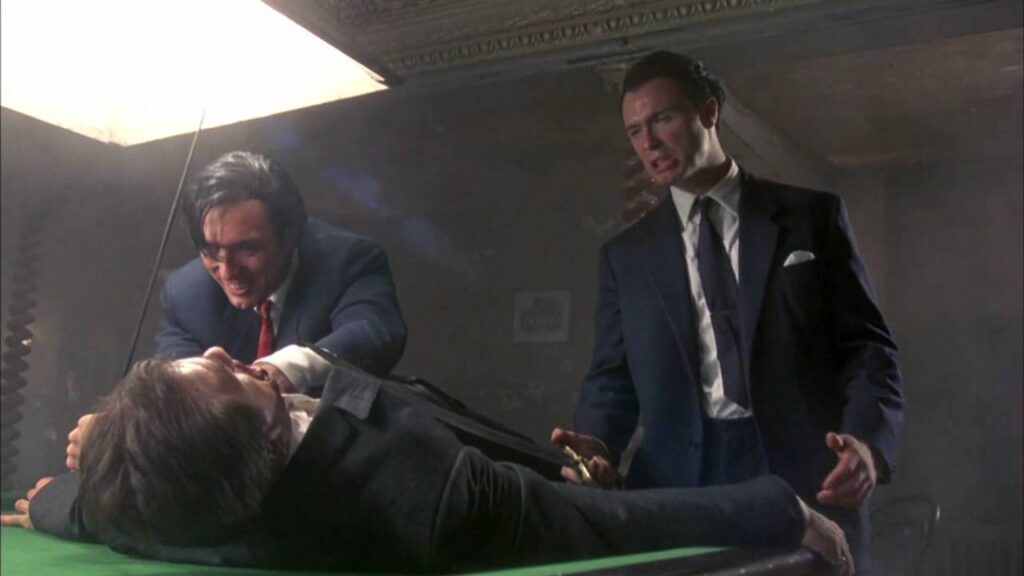 Around the same time The Krays film was in development from a script written by Phillip Ridley, himself a native of London’s East End where the Krays operated but there were issues and the original  director departed. Peter Medak, a Hungarian director with some decent films in his back catalogue including ‘The Changeling’, was approached and soon accepted being a keen supporter of the Kemps being real life brothers playing the real life Krays brothers. Yet the film placed much emphasis on their mother played by the incomparable Billie Whitelaw, a hugely respected actress who had been the muse of influential playwright Samuel Beckett in many of his experimental plays. The film, right from the outset, made it clear that despite the Krays brutal reputation, they were both devoted to their mother and fiercely protective of her from their father. On the film’s release, Ronnie & Reggie are said to have loved it, but expressed their displeasure at how their mother was depicted in the film because one scene had her shouting, ‘Bollocks!’ and swearing was something they insisted their mother would do. 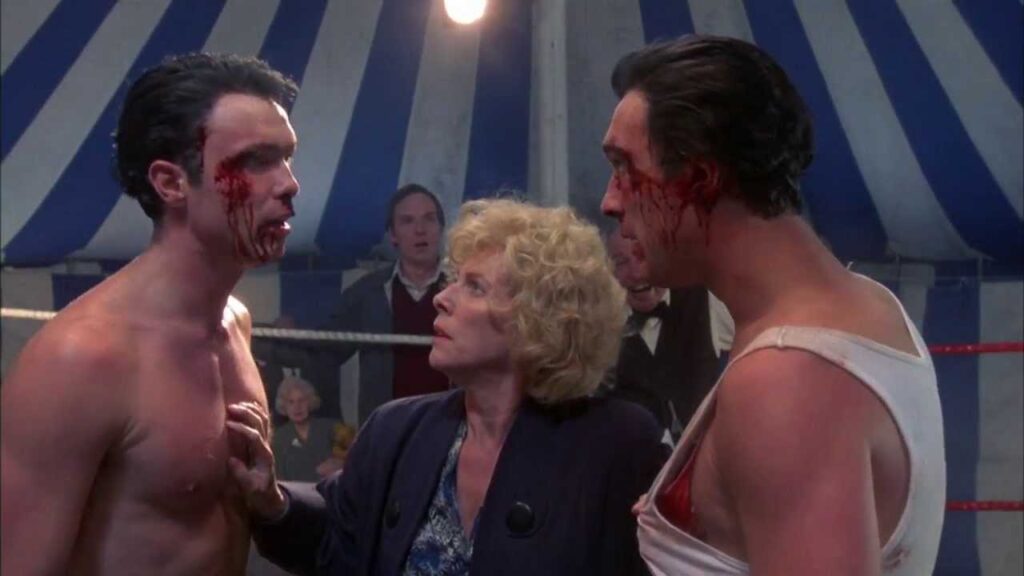 The other important female role in the film was that of Frances Kray, Reggie’s wife as played by Kate Hardie and perfectly captures how claustrophobic she felt in the marriage with everything facet of her existence controlled and regulated by her husband and ultimately and tragically drove her to suicide. Both female roles are well played in an excellent cast of actors that included Steven Berkoff in the antagonistic role of George Cornell who would meet his end in the notorious Blind Begger pub and also Tom Bell as the greasily queasy Jack the Hat who would also come to a notoriously gruesome demise both of which are depicted in the film apparently on the same night though truth was the murders were 18 months apart. 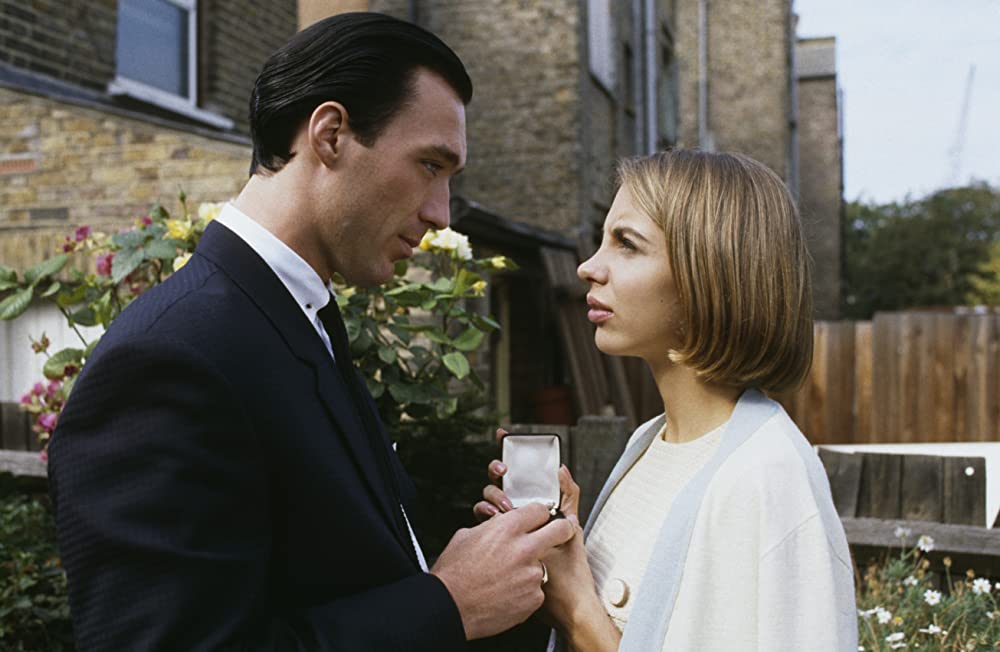 The Krays covers the brothers from their birth in 1933 through to their mother’s death in 1982 and both Krays though incarcerated in 1990 when the film was released go to see it. There was little of their screen portrayal by the Kemps not to like. Gary Kemp as Ronnie Kray was convincingly psychotic and Martin Kemp as Reggie, though just as prone to outbursts of fatal violence, was a smooth screen presence. The film, though low budget as seen with the street exteriors of the normally bustling East End strangely like a ghost town, did decent business even with its restrictive 18 certificate and there was talk of a sequel with The Krays out of prison and revisiting their old East End haunt. 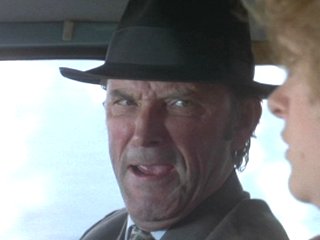 The Krays notoriety though imprisoned in 1969 made any film depicting their criminal empire controversial and the film was not without its critics but their image and nightclubs attended by stars of stage and screen made them famous and the film would be the first high profile drama with the real life pop star brothers playing the real life twins being the films gimmick and overlooking the 2015 two part Rise and Fall of the Krays film the twins would not see another big screen depiction  until 2015’s Legend with the films gimmick this time being Tom Hardy seamlessly playing both roles with one notable scene seeing him essentially fighting himself. 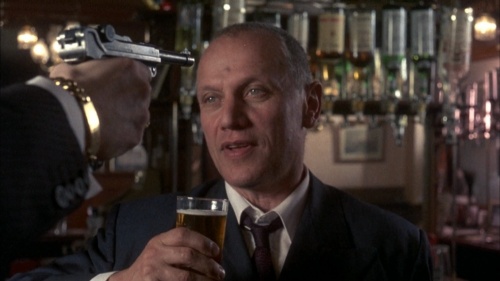 This limited edition of The Krays on blu ray has had its usual lavish treatment from Second Sight films who have given a whole load of retro releases the gold star treatment. Here the bonus features include a new interview with director Medak, producer Ray Burdis and writer Phillip Ridley though unfortunately they don’t provide a commentary for the film which is left to  film historian Scott Harrison but there is the archive commentary with Medak and both Kemps. There’s also a 2015 BFI hosted Q&A with the Kemps, Kate Hardie, Medak & Ridley all wrapped up in a rigid slipcase with six art cards and booklet with several essays on the film.

The worst killer animal movies ever!