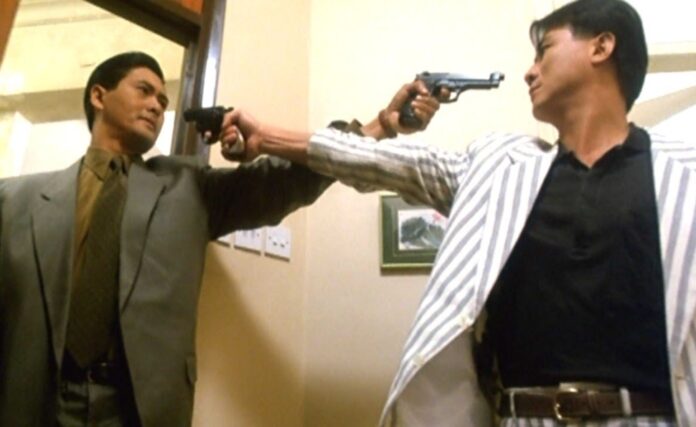 For action fans Hong Kong director John Woo is one of the best making some jaw dropping films and amongst his best were the remarkable Hard Boiled as well as A Better Tomorrow. So it wasn’t long before Hollywood came calling and accepting the invite he went to LA where he helmed Hard Target with Jean Claude Van Damme followed by Black Arrow (John Travolta & Christian Slater and worth a look) before he hit pay dirt with the deliriously  bonkers concept of Face Off with Travolta again and Nicholas Cage each impersonating one other. But his Mission Impossible II was a  disappointment and a handful of other flop films  saw him return home.

But it looks like he will be returning to Hollywood to make two films and the one that everyone is talking about is The Killer remake possibly his greatest film with some astonishing set piece shoot outs all with his trademark slo-mo , Mexican standoffs, flying doves and religious imagery

Asked about the state of play with the Killer remake he replied, ‘We originally tried to hire another director to shoot it, but couldn’t find anyone, so I took on the job. We maybe shouldn’t call this The Killer, because we’re making a very different version, as the lead character [an assassin played by Chow Yun-fat in the original] will be played by a woman. We’re doing the casting now. We were talking to Lupita Nyong’o but she had to pass so we’re looking for somebody else. The story is similar to The Killer, but we can say it’s more of a story about friendship than a love story.’

The film  still looks a little way off yet but NBCUniversal’s streaming service Peacock recently announced Woo’s English-language remake of The Killer as part of its first slate of original films.