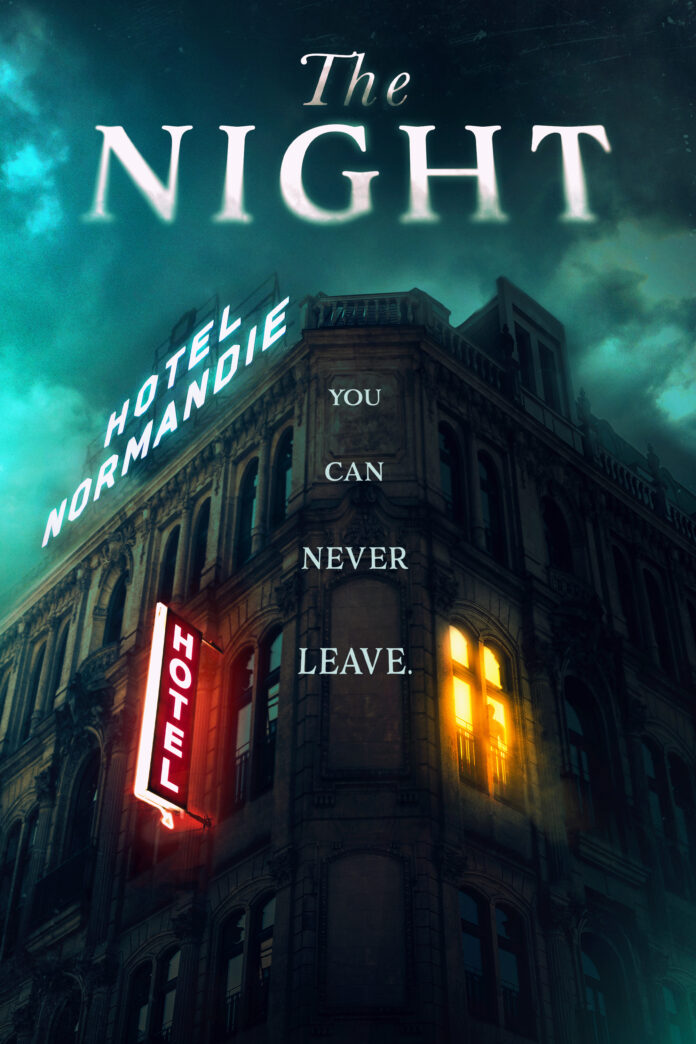 We’ve all stayed in some pretty ropey hotels in our time none more so than one we stayed in whilst working in L.A. for the Oscars – a hotel that was so dodgy they ended up stealing our towels. The Night features a hotel that’s little better but starts elsewhere as a married couple Babak (Shahab Hosseini) and his wife Neda (Niousha Jafarian) and baby daughter relax at a friend’s for dinner. With the evening over they drive home somewhat unwisely as Babak has been on the vodka and refuses to let Neda drive as she has had her licence revoked due to an insurance issue. Now we’ve never had much faith in sat-navs since the celebrity voiced one we picked up at Shepherds Bush market which was fine until we switched it on. Turned out it was a Princess Diana voiced sat-Nav one and all it could say was, ‘I think we can outrun them’. Well the one in this couple’s car is little better as its directions go haywire and they get lost.

Neda determines  that the best idea is to stay in the nearest hotel they find which is the Hotel Normandie with a genteel night receptionist with a line in stories about occurences of mass death falling upon wherever he works in a manner that’s about as reassuring as finding that MENSA have appointed Diane Abbott as their spokesperson after a catastrophic head injury. It’s this second act of the film that turns the screw as the family retire to their room and writer-director Kourosh Ahari slowly winds up the tension for the couple increasingly tired by their baby’s crying. But their baby isn’t the only one keeping them awake. Knocks at their room door, footsteps from the room above them and a small boy running around the corridor calling out, ‘Mommy’ not to mention a black cat with attitude all of which add to the mystery as to what is going on and why.

Undoubtedly any horror film set in a hotel is going to be in the shadow of Kubrick’s ‘The Shining’ and this is heavily indebted to it albeit in a far, far smaller hotel as well as other films as diverse as ‘Barton Fink’ and ‘The Babadook’.  Like the latter film The Night is a directorial debut and is impressive for a film shot so quickly but equally able to demonstrate just how effective a film in a limited location can be. Ahari generates moments that are chilling particularly one notable sequence where the camera focuses on a sustained single shot of Babek’s face as his wife potters about just out of shot and it is the audience who realise before Babak that something’s amiss. Not everything works but there is plenty here to chill as the couple’s history becomes ever more relevant.

A U.S. based film made by an Iranian crew in Farsi dialogue with subtitles hardly seems to have the most commercial appeal but The Night, at only 90 minutes, is well worth sticking with for an ending that will prompt pub debates.

THE NIGHT WILL BE RELEASED ON DIGITAL PLATFORMS 2ND APRIL