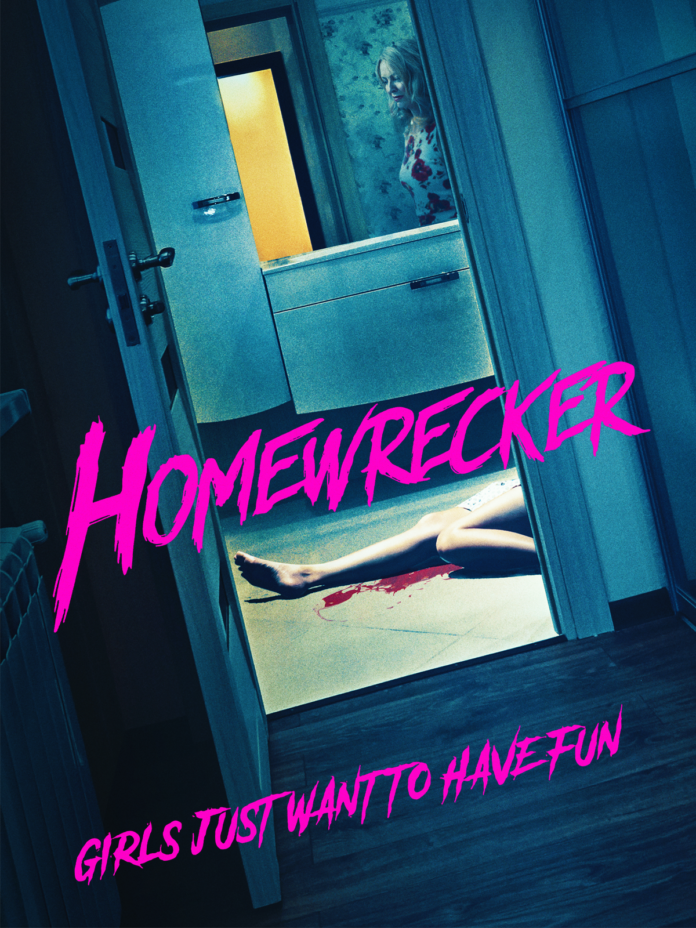 Now we get frequent  messages from readers enjoying the quips we make about Amanda Holden and her adultery when married to Les Dennis so the release of Homewrecker seems to be an open target but on this occasion we’ll resist. But with  the UK lockdown almost over many of us are trying to get fit again and certainly Amanda Holden’s ears would have pricked up when she hears that this is about a well equipped gym only to be disappointed to  find that it’s a fitness centre rather than anyone called Jim (‘Stop it!’ – Ed). The gym is where interior designer Michelle (Alex Essoe) and Linda (Precious Chong a moniker for an aspiring oriental porn star surely) go for regular fitness classes and having a passing acquaintance with each other.

It’s when Michelle is using a coffee shop to work on a clients interior home design that Linda breezes in and foists her friendship on Michelle who does her best to imply that she’s busy trying to work but it goes completely over the head of Linda. Like many of us she’s too polite to ask not to be disturbed, something that Linda clearly is, and Michelle freely admits that, ‘I’m not good at broaching difficult subjects’. It’s that inability to extricate herself from Linda’s company that will land her in an increasingly risky situation as she finds herself accepting a lift to Linda’s house on the pretext of being hired to do some interior design when it’s clear from the start that Linda is fresh off the TV show, ‘America’s Nuttiest Bitches’. It all escalates pretty quickly when Linda establishes herself as a frenemy – one minute wanting Michelle’s friendship, the next battering her about the head with deranged relish refusing to let her leave the house as the reason behind her behaviour begins to emerge

Homewrecker plays very much like ‘Misery’ meets ‘Single White Female’ with even a moment that vies with Misery’s wince inducing hobbling scene though here it is mercifully just out of frame. Essentially a two hander between the two leads who have also co-written Homewrecker with director Zach Gayne and it plays it more for humour than horror and not always successfully. 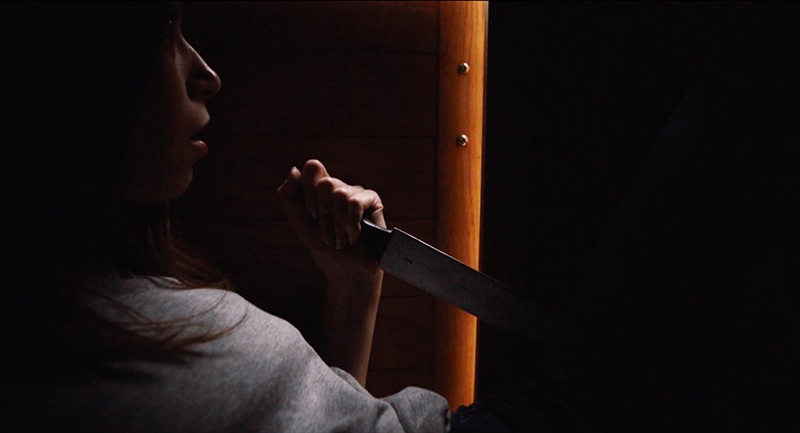 The use of split screen, something that Brian DePalma used frequently in his earlier films, adds nothing here and the stunts aren’t as well shot as they should be in capturing what surely would have been Michelle’s extreme desperation to get out of the house – the Anne Heche / Sandra Oh film ‘Catfight’ (reviewed HERE) had the sort of furiously brutal punch ups that Homewrecker needed. And these fight scenes are further diminished by an horrifically bad score that is a jarring distraction rather than an enhancement and often sounds like the composer’s first electric guitar lesson.  Alex Essoe (who went on to play Wendy Torrence in ‘Doctor Sleep‘) & Precious Chong are  substitute Jennifer Garner / Susan Sarandon look-a-likes and both have been around for some years so its commendable that they scripted their own showcase but it’s a script that needed a polish and at 75 minutes this could have been trimmed down further to a one hour drama.