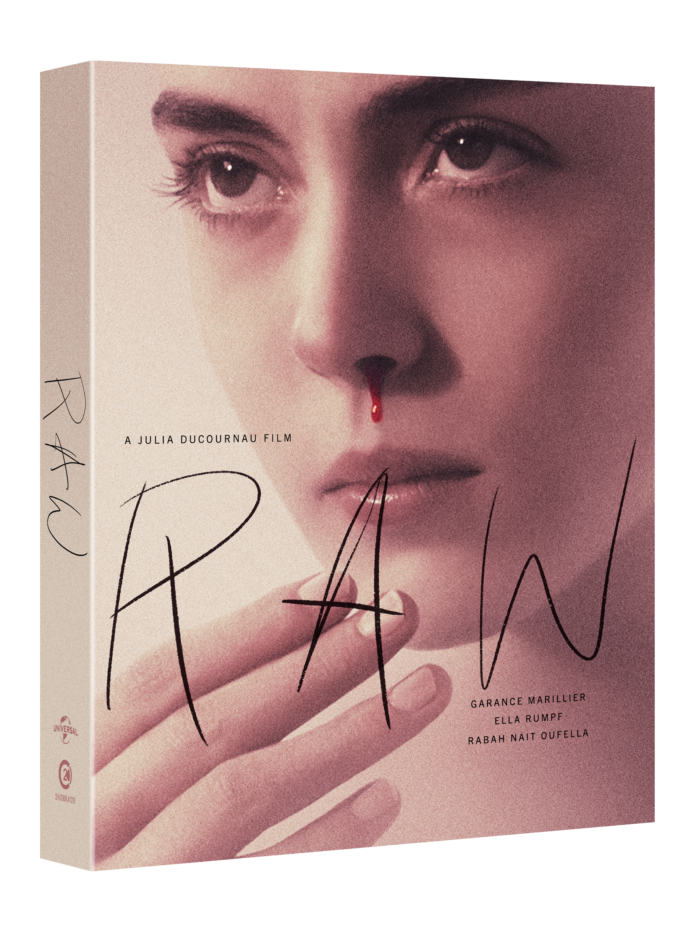 Eddie Murphy was at the height of his box office superstardom when Raw the film of one of his stand up shows was released. This is not that film. Whereas Eddie Murphy’s ‘Raw’ had plenty of laughs it had a few moments to grimace at what retrospectively is some badly dated material. This Raw has no laughs but many, many moments that made audiences grimace. Raw was Julia Ducournau’s 2016 feature film debut which shocked critics and audiences alike. 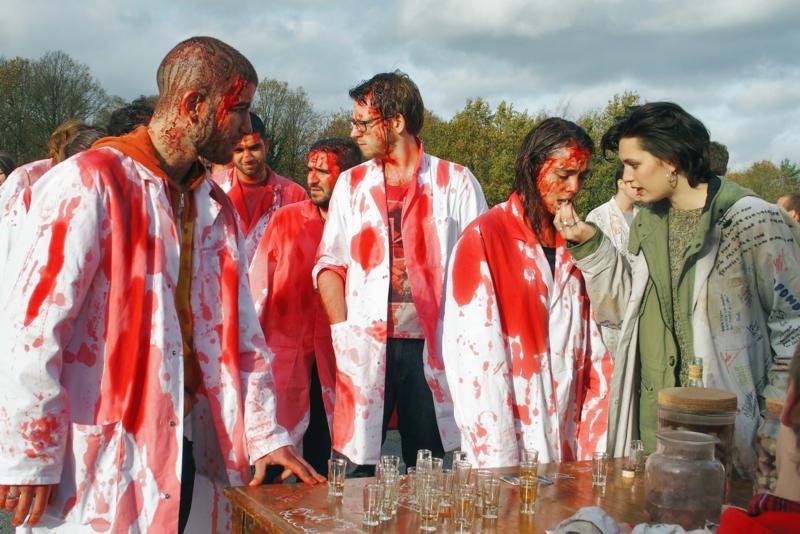 Shy student Justine (Garance Marillier) dropped off at a veterinary school where she is to start her studies but will also be subject to the rest of the students in her year to a series of hazing rituals form the seniors. What makes it worse for Justine is that as a strict vegetarian , bought up by parents who are similarly devoted to vegetarianism, she will soon find the rituals will involve her being drenched in animal blood and forced to eat raw meat. It’s only after tasting animal flesh that Justine soon finds herself craving even more meat – and it doesn’t matter if its animal or human as her uncontrollable desires lead her to a horrific outcome. 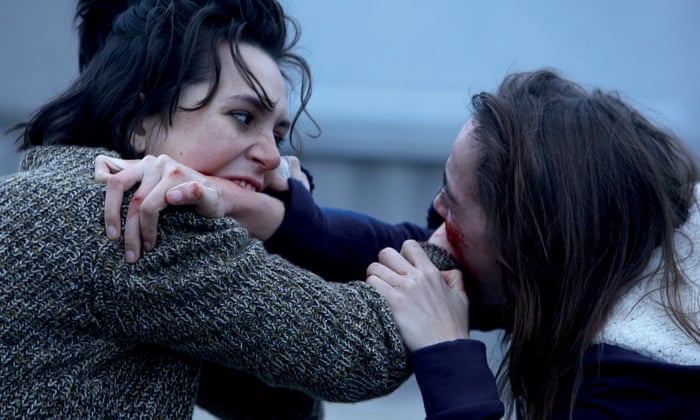 Critics loved Raw many hailing it as one of the best films of the year. Audiences were not quite so sure and stories circulated that there audience members fainting or throwing up.  Whether it was hype or not can’t be confirmed but there are some scenes here that could alarm though as this could be labelled as a ‘cannibal movie’ hardcore fans will be disappointed if they are expecting something along the lines of notorious video nasty Cannibal Holocaust. Raw was a cleverly written script by Ducournau that had gone through many drafts that had originally set the film in two different countries, France & Morocco before coming together at the veterinary school and has gone on record to say that this is not a horror film (the only nod to the genre is a ‘Carrie’ visual reference). She’s right because beneath the surface horrors depicted there is a feminist parable and in one of the discs many extras the director describes it as ‘a girl who becomes a human being’.

That ‘girl’ was actress Garance Marillier who Ducournau believed was too young to play the role of Justine but by the time of filming was the right age. Equally the Ella Rumpf as Alexia was not to be the sister but their on screen relationship and why Justine was drawn back to Alexia meant they could only be sisters. The college is a brutal venue and Justine is very much alone isolated by her tutor resenting her ‘best student in class‘ status, the psychotic bullying of the senior students and her own suppressed sexuality.

This latest Raw blu-ray is a limited edition but fans of the film will embrace the huge number of extras though they are all of the interview and commentary type with some better than others. A formal  interview with Ducournau by a shaven headed bearded intellectual which makes him look like his head is on upside down has some interesting revelations though it’s hardly helped by some typically pretentious  questions, ‘Your film is frontal and cold, the tone is homogenous’- and it’s a shame she doesn’t reply, ‘Are you talking about my film or a pint of milk?’. There are two commentaries though its the one with Ducournau that is the better. Interestingly the deleted scenes are few as the film stuck tightly to the script which did away with establishing and / or bridging shots and gets on with the narrative.

Raw established Ducournau as a talent to watch. Unfortunately to date she has  yet to release her second feature though that will be ‘Titane’ which is currently in post production. As an appetizer, Raw will have her fans licking their lips.