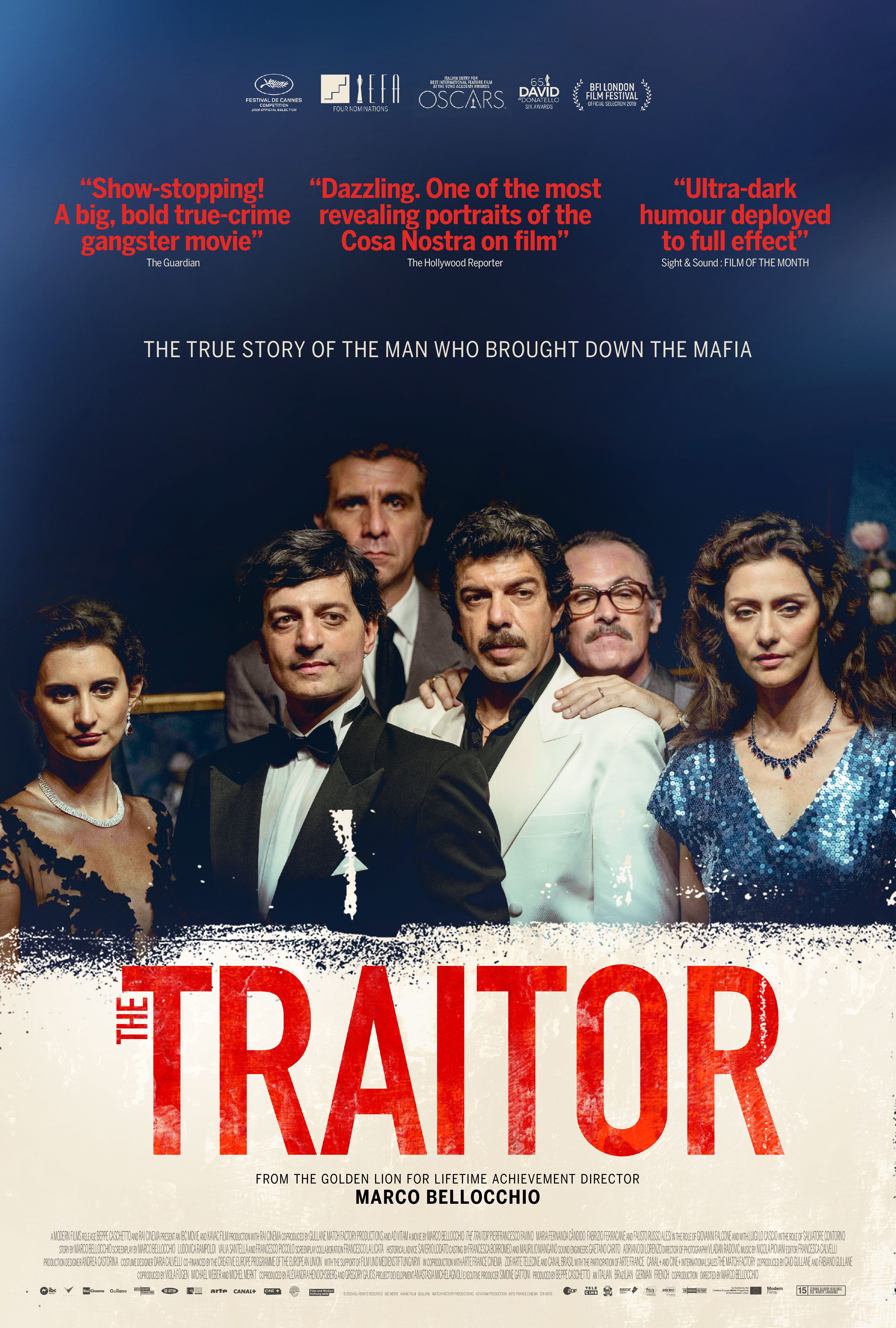 ‘Tonight you sleep with the fishes’ is an old mafia threat but one that our Editor was often told when he worked as a night time security guard for Birds Eye but it’s a threat that’s all too real for many in The Traitor, the true life tale of Tommaso Buscetta an alleged mafia ‘boss of the two worlds’ who turned state informer. It’s a story that started all the way back in 1980 when the three families that ran a global drug business from Palermo, then regarded as the heroin capital of the world.  Pierfrancesco Favino plays Buscetta  the boss of one of the families and only too keen to take his family to live in what he believes is the safety Brazil. To close the deal he hosts a party for the other two families where they will draw up an agreement to divvy up the heroin trade between them and avoid an all out war for overall control.  Ending with a photo of them all the party succeeds in an agreement……which lasts about as long a politician’s promise. 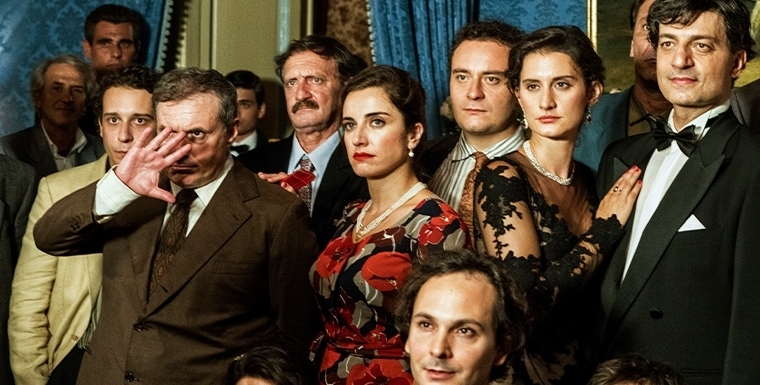 It’s Toto Riina , one of the other family bosses, who determines to wipe out his opposition and what follows is a blood bath as his men wipe out not just the men but their wives, in laws and children ensuring there is n bloodline to wreak any revenge against him. Clearly a fan of King Herod he also kills twp of Buscetta’s sons who have stayed in Palermo after their family goes to live in Brazil where their father is arrested for drug trafficking . Now in the UK the great unwashed complain at the drop of a hat if a police officer glances at them but their whinging might have a bit more credence in Brazil where, in order to find who Buscett’a’s contacts are, set about pummelling him to a pulp in an interrogation and when that doesn’t work they dangle his family out of a helicopter in an effort to the mob boss to cough. They fail and instead he goes to jail until he is deported back to Italy where he knows he must put an end to Riina’s killing spree. Instead he finds himself interrogated by Judge Falcone who avoids the brutality of Brazilian methods and coerces Buscetta into turning state informer. At the time this was a monumental achievement as the mafia’s notorious code of secrecy or as they called it ‘honour’ prevented this.  As far as the other families are concerned  he turns traitor with hundreds rounded up and tried.

Now again anyone complaining about courts in the UK should take a look at the Italian ones  – caged in groups the men furiously prowling  around like wild animals and the analogy is drawn too obviously with numerous shots of zoo animals doing the same. The men are animals and short of defecating in their cages it’s hard to see how a judge allows them to carry on as they do with one sewing his lips together, another stripping off naked, others smoking and playing cards and all the time shouting abuse. We’ve not seen scenes like it since thet started televising  the House of Commons. 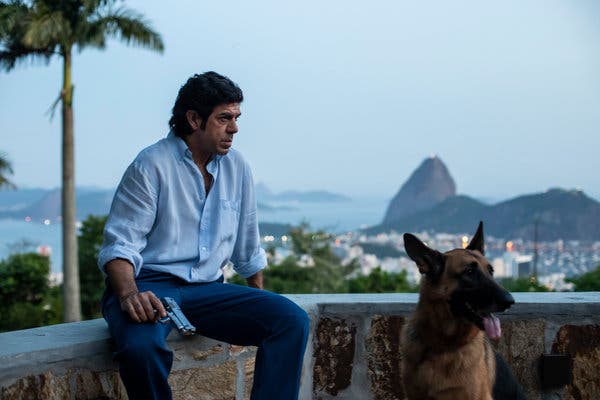 Epic in length and scope The Traitor covers twenty years with the mafia men being sentenced in 1987 and Buscetta and his family going into hiding in the US and yet never safe with the most unlikely people seemingly recognizing him forcing them to live a nomadic existence moving from Salem to Colorado to Florida. His life will never be his own again.  There have been several excellent Mafia movies from Italy over the recent years one of the very best being Suburra but The Traitor is runs a close second and  is far more workman like with an all too convincing cast as it recounts the trials with only the occasional cinematic flourish notably an astonishing set piece with a  car bomb.  Much like Scorsese’s Goodfellas & The Irishman this is a true life story of a well known investigation that decimated the crime lords and their empire with a grasp that went into the higher echelon’s of Italian society which seemed part of the fabric of society demonstrating that power corrupts but absolute power corrupts absolutely. The Traitor is another fascinating insight into a world where horror ruled over honour.