So in a recent interview Tom Hanks to promote a book of his to be published in 2023 he put out a statement saying, ‘“I’ve made a ton of movies (and four of them are pretty good, I think)…….” Being Hanks, America’s favourite Everyman it’s typically understated but his statement doesn’t go on to state Tom Hanks four ‘pretty good’ films. So we thought we’d take a guess…..

Now Hanks has two Oscars to his name for Forrest Gump and Philadelphia both decent films in their own right though not without their problems and its more than likely the actor will win a third at some time in the future but we wouldn’t put either as his best performances. He also been nominated four further times for Big, Saving Private Ryan, Cast Away and A Beautiful Day in the Neighbourhood none of which we would say are up there with his best and Saving Private Ryan is arguably more Spielberg’s film that it is Hanks.

One film that certainly isn’t his best is 1985’s ‘The Man with One Red Shoe’ a film he has not been shy about trashing having gone on record as saying the film had no focus, wasn’t about anything in  particular that could be understood before finally labelling it as, ‘Not a very good movie’.

With 96 films to date under his belt there are several other films that can’t claim to be ‘pretty good’. Like every actor he’s had his flops and misfires and that would certainly include The Bonfire of the Vanities an adaptation of Tom Wolfe’s superb and acclaimed novel but the troubled production, as detailed in the excellent book, ‘The Devils Candy’,  famously bombed and again was more of a directors film (Brian DePalma). Dragnet was a comedic misfire – a film adaptation of a 1950’s TV series that had been long forgotten by 1987 when the film was released. And despite the success of the Da Vinci code films he has gone on to call them all  ‘hooey’ – we would also add that they were utter bollocks too. The misfires include the unnecessary remake of ‘The Ladykillers’ where he sported a mangled deep South accent, The Terminal was simply interminable, and Punchline fatefully missed the punchline in a film about a stand-up comedian.

So we’re going to go out on a limb and suggest the Tom Hanks four ‘pretty good’ films he might have in mind.

So our first suggestion is ‘Cloud Atlas’  the epic 2012 film from the Wachowski’s who do their best to make box office hits having seemingly finished with the Matrix franchise and this adaptation of Tom Tywker’s epic genre hopping time leaping novel of multiple narratives that leapt back and for in time  had a huge cast in what was an extremely bold gamble of a film to make and Hanks played six roles! It was far different from anything he had done before or since and his appearance in each role was dramatically different from the other and was likely to have appealed to the actor in him. Unfortunately the film flopped but remains one of his most interesting to date. 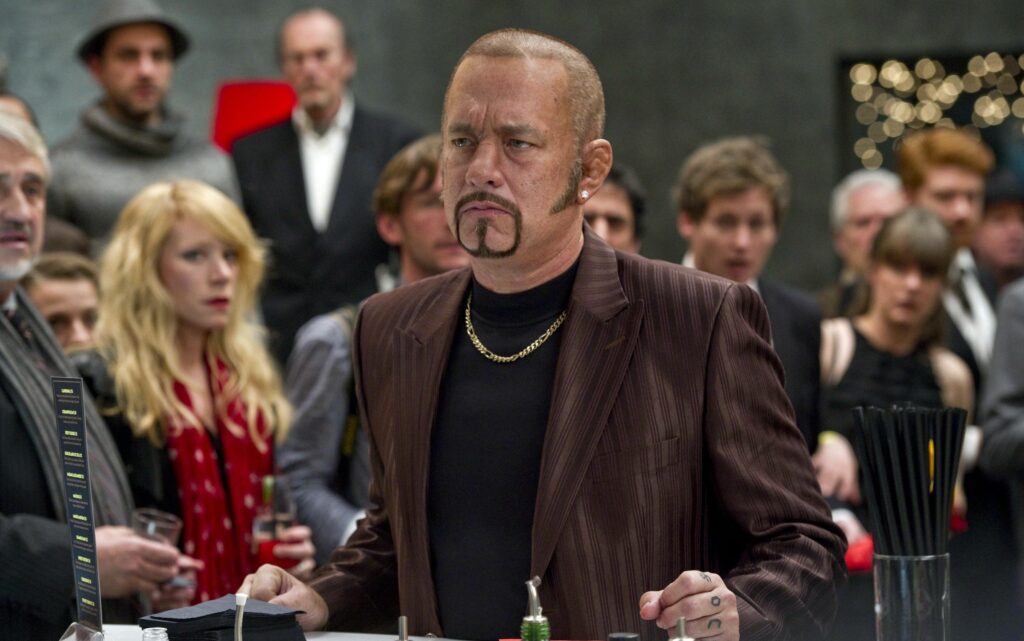 Road to Perdition was a 2002 directed by Sam Mendes, his third film after a TV version of Cabaret and the Oscar glory of American Beauty and was the last proper role that Paul Newman played on screen before his death in 2008. Based on a graphic novel this had Hanks playing against type as a gangland boss hitman who has hidden his job from his son who one night witnesses his father  commit murder and forces them to take to the road as well as a metaphorical one that sees Hanks hitman seek redemption. Underrated at the time Road to Perdition had a great cast that included a pre Bond Daniel Craig in a uniformly excellent cast with Hanks struggling with the choices he has taken in life that has put him and his son in danger. Except for a cinematography nomination the film was overlooked at Oscar time but Hanks deserved recognition in a morally ambiguous role 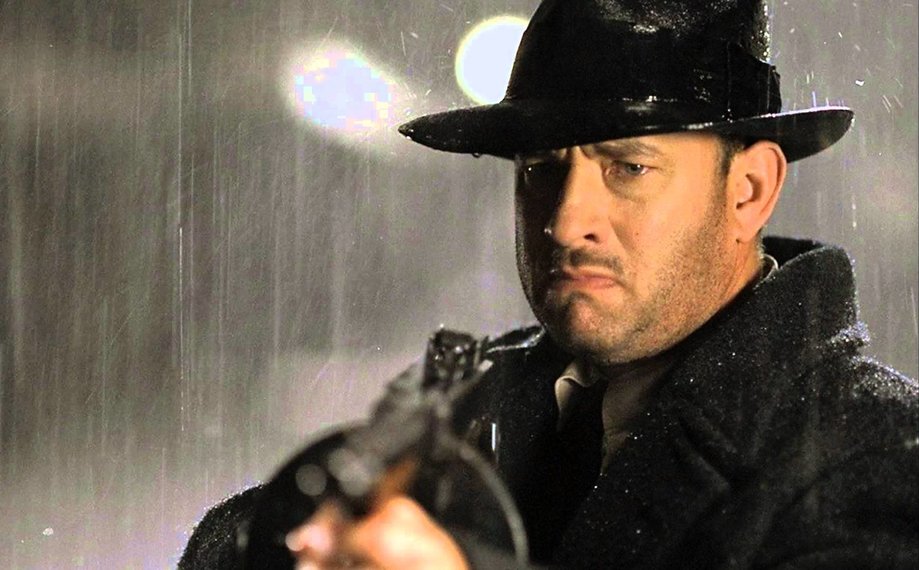 The Shawshank Redemption had rightly garnered huge praise as writer-director Frank Darabont turned his attention to another Stephen King novel The Green Mile an epic tale set on Death Row with Hanks as the head guard Paul Edgecomb who along with his team find themselves all emotionally affected by the presence of an immense yet humble black man incarcerated for the rape and murder of a child. Like much of King’s best novels the story was not about graphic horror but relatable human emotion and Hanks was superb as a man refusing to be judgemental of the condemned men in his charge and commanding the respect of his fellow officers and there are several scenes that are up there with the best tear jerking moments committed to celluloid. 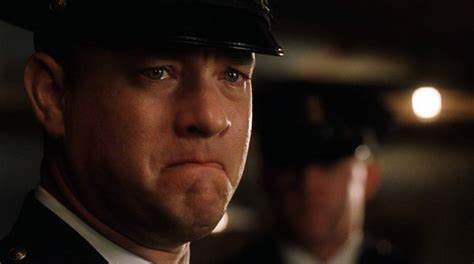 So maybe this is too obvious to leave out but Toy Story set a new standard for animated features with Hanks as Woody the favourite  toy doll that belonged to Andy until the arrival of Buzz Lightyear. Hanks distinctive voice meant audiences immediately took to Woody and his endeavours to keep the status quo when Buzz , unaware that he’s a toy, thinks he really is an astronaut. It remains a joyous reminder of childhood appealing perhaps more to parents perhaps repressed memories of the joy of childhood imagination

So there’s the Tom Hanks four ‘pretty good’ films we think he might be referring to but maybe we’re wrong…..let us know what you think in the comments below

Battle of the Streamer Services