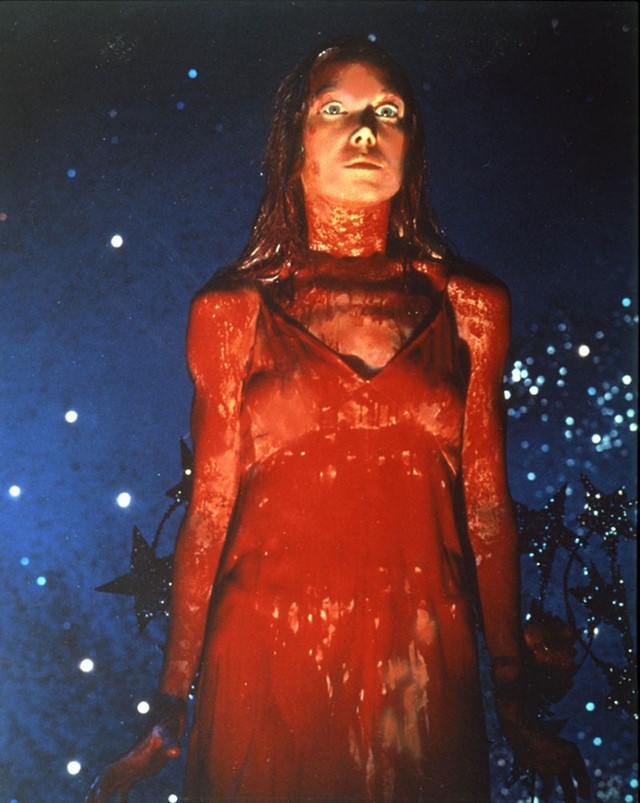 Carrie was director Brian DePalma’s breakout hit with an ending that had audiences jumping out of their seats. But the adaptation of the Stephen King novel featured a pivotal sequence where Sissy Spacek in the title role was covered in a bucket of pigs blood at a school, prom, where the students vote for the prom queen. 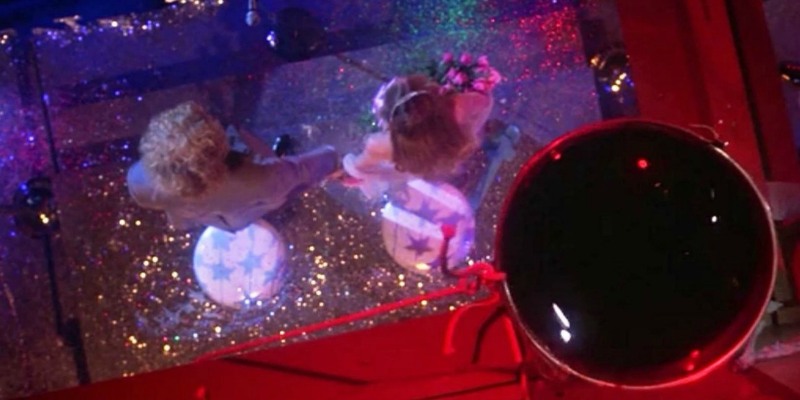 So the ballot paper collection became one of DePalma’s trademark long fluid shots ending on the bucket of blood sitting in the rafters.  It took all day just to rehearse either because the crane would miss its mark, the camera would be too far in or out, cues would be missed, take after take it just went on and on to almost Kubrick levels.  The production was already running behind schedule  and the crew didn’t start actually filming the shot until early evening by which time one of the studio heads had come down to the set to see what the delay was.  It was then that he saw the bucket of fake blood. In keeping with the stereotype of a studio head he asked the producer if there was not something else that could be used. DePalma, already under pressure, was at the end of his tether and the clearly daft request was like a red rag to a bull and he facetiously suggested that they use blue paint or maybe the studio head would perhaps prefer confetti? 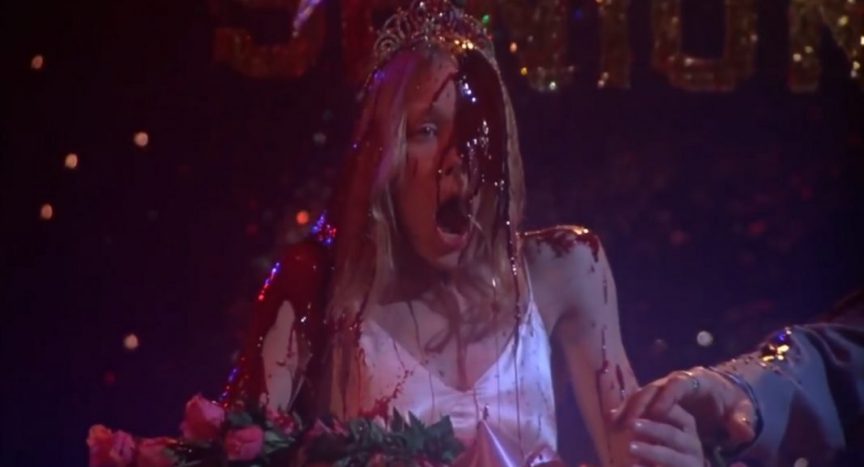 The blood that drenches Carrie (Sissy Spacek) was Karo Syrup and colouring warmed up by the effects department and, by all accounts, Spacek describes it as feeling ‘like a heavy blanket’ when it was dumped on her. But being syrup it was sticky and as it began to dry it effectively started gluing her chin to her neck, her arms to her side and so on. So bad did it get that she was unable to sit down as she’d never be able to get up again. The solution by the effects dept was to have someone following her around the set spraying her with water to prevent the syrup from drying and by the end of the day Spacek would have to take a shower wearing the syrup sodden dress as this was the only way to get it off. As it was the scene of the blood falling on her was only done a couple of times primarily because any resets would mean a lengthy makeover which was time they could not spare on such a tight schedule. Those besotted with William Katt who played Tommy will be relieved to know that the bonce bashing bucket was not metal but actually made of cardboard.

Carrie was unnecessarily remade in remade in 2013 with Chloe Grace Moretz in the title role.