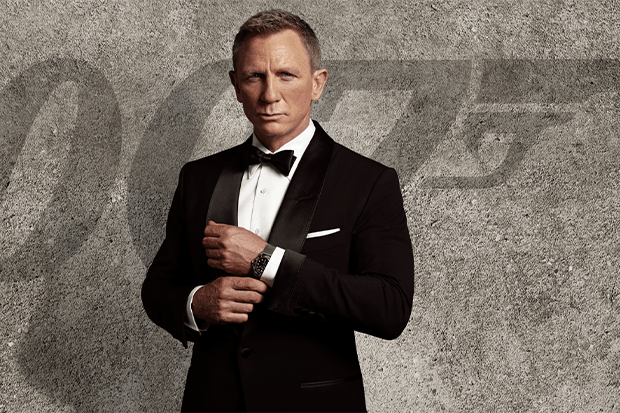 With Daniel Craig’s tenure as the superspy now at an end its time to do an appraisal of his best to worst Bond films. It’s not been an easy task as of all the actors to play to Bond his spate of films were certainly the most even and several contenders as to what was the best of the five films he appeared in. So starting with the worst……..

To say this was the worst is perhaps a little harsh (although the film’s title certainly wins on that front) because it is a perfectly decent film picking up directly off the end of Casino Royale effectively making the first two films a two parter but set the overriding arc for all five films that would connect on one way or another. Helming the film was director Marc Forster, not an obvious choice and best known for smaller films and coaxing good performances from his female leads and it was this that was of interest to the producers. A blistering car chase opened the film but this would be the first film where Craig would sustain notable injuries  something which would recur in many of the subsequent Bond films he made. Perhaps the problem with this film was that with a writers strike on the horizon the script hadn’t been finalized before filming began displeasing Craig greatly refusing to start filming on another unless the script had been completed. The anaemic sounding Dominic Greene was the villain played by Mathieu Amalric and the Bond girl was played by Olga Kurylenko though both has little to work with script wise to make their roles standout. As it is Quantum of Solace pushed a Bond film budgets for the first time to $200m but earned $589m which was marginally less than Casino Royale and probably owed this dip in box office to a confused and muddled script.

The follow up to the enormous success of Skyfall so expectation was high for this next Bond film 2015 and a trailer that hinted a Bond as a boy.  Sam Mendes had been persuaded to return as director and put =together an excellent opening sequence set n the festival of the dead celebrations and shot seemingly in one shot ( it was actual a few shots seamlessly edited and prefigured Mendes film 1917 that was also appeared to have the whole filmed in just one shot). Spectre had Christoph waltz as the villain who was still hot off his Oscar winning success in Django Unchained. The film saw a new M (Ralph Fiennes) and Naomie Harris now ensconced in the Moneypenny role and Andrew Scott as a smarmy sly Head of National Security. Spectre had a decent plot that fed into the narrative thread that would run through Craig’s five Bond films and featured the biggest explosion ever filmed when they blew up the villain’s lair in the middle of a desert. At 2 hours 28 minutes the film turned out to be longest running in the franchise and the plot didn’t really warrant it and though Dave Bautista’s henchman was suitably intimidating there was disappointment that Bond didn’t eliminate Waltz’s villain and ultimately the film was looking back rather than moving forward. But the film did see Bond and his new love drive off into the subset implying that this was the end for Craig’s tenure as Bond. However the actor realized that there were too many unanswered questions and would have been an unsatisfactory end to his run as the superspy

Eventually released in 2022 delayed from its original April 2021 date it was the longest audiences had ever had to wait between films. Partly due to Craig’s initial reticence to return to the role and also the worldwide pandemic and lockdown several weeks before its release saw it as the first blockbuster to delay its opening in cinemas and like many films its release kept being delayed due to covid restrictions. But to a degree the delay fuelled anticipation for what would be Craig’s final film as Bond. Little was known about the film and the filmmakers had kept managed to keep a tight lid on the film with nothing being leaked so when it did have its premiere audiences were taken aback by several revelations but they were as nothing compared to THAT ending. No one expected it leaving audiences reeling with a climactic finale that the franchise had never dared do before. Rami Malek was the villain of the piece and Ana De Armas had an all too short appearance as a fellow spy. Beyond its ending No Time to Die had some other firsts, Q’s sexuality was revealed, a previous villain thought dead reappears, and the only rumour that there would be a female 007 was finally clarified. No Time to Die’s plot about a dangerous technology was on point and there were a number of other revelations throughout the film that bought Craig’s tenure to a satisfying close making it difficult to rate this any lower and a n extremely close contender to be Craig’s best Bond film. This 25th Bond film was both the longest and most expensive and earned $774m not bad when audiences were still not fully confident in retuning to cinemas. Read our review HERE

After the relative disappointment of Quantum of Solace there was a pressure on the filmmakers to up the ante and Craig’s insistence that the script should be locked before shooting began plus the hiring of Oscar winning director Sam Mendes were good omens. Right from the start with the first trailer Skyfall was defiantly and proudly British with London as its main location. With one of the truly great theme tunes that won Adele an Oscar the film saw MI6 compromised by one of the franchises great villains in Raoul Silva played by Javier Bardem on top form. The film introduced a new Moneypenny and also saw M (Judi Dench) backed into a corner with her authority and position challenged by Mallory (Ralph Fiennes) the head of the Intelligence and Security Committee. For the first time Bond and M’s relationship was explored more fully culminating in a climatic and emotional scene between the two. With a number of good action scenes the film was gorgeously photographed by Roger Deakins who would be Oscar nominated for his work to go with his previous nine nominations and yet once again would not win for Skyfall. The film was enormously popular and became the most successful in the franchise breaking the $1b mark and remains the only Bond film to do so.

Much like Pierce Brosnan’s first Bond film it was Craig’s debut film in the role that would turn out to be the best. There had been four years since Brosnan had left the film and Craig’s introduction to the world as the new Bond caused a ripple amongst fans. Craig was blond seemed to be the main complaint and turning up at the press call on a speedboat wearing a life jacket reeked of health & safety rather than derring do! As with Goldeneye the debuting Bond film would be helmed by Martin Campbell, a safe and extremely competent sets of hands and he handled it with his usual aplomb. Unlike the 1967 film that was an incomprehensible mess with a plethora of unsuitable stars making an appearance (Woody Allen, Peter Sellers!) this version adhered closely to the book with a villain memorably played by Mads Mikkelsen. Opening with a superb parkour influenced set piece Casino Royale saw Bond battle a poker playing banker Le Chiffre whose money was funding terrorism in what would seem a seemingly uninspiring story centred on a high stakes game of poker. But the film was much more than that including a sequence where Bond acquires his 00 status, his doomed love for Vesper Lyn (Eva Green) and even a touching scene as her initially cold exterior is broken by the shock of Bond in violent action Sitting clothed in a shower as he comforts her it was one of many standout moments in the film. Audiences lapped up this new Bond and the film was a huge success earning $616m and boded well for the future of the franchise.