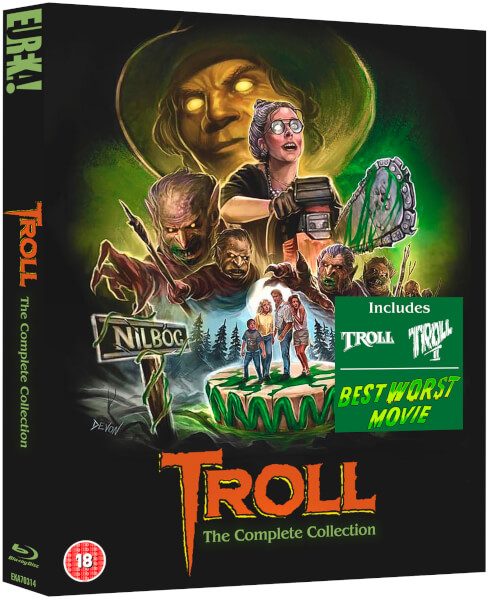 1986 saw make up effects man John Carl Buechler direct Troll his first full length feature film. Written by Ed Naha, who would go on to write Disney family fare Honey I shrunk the Kids and its sequels, Troll was to be a genre mash up as much a warped fairy tale as it was a horror film. It was no secret that the film was about well….a troll….who hides out in a San Francisco block of flats as the Potter family are moving in. The Troll played by Phil Fondacaro, who also played a professor in the film, uses a mystical ring to possess the young daughter, in what one of the interviewees unfortunately phrases as ‘putting his essence in her body’ but who in turn will use to transform each apartment into a wild forest as his kingdom. Thankfully, and who would have thought it, a good witch also lives in the flats and she helps her brother called Harry Potter Jnr (yes really) defeat the wicked troll’s plans.

It had a decent cast too with Michael Moriarty, who had been in the previous year’s Clint Eastwood western Pale Rider, as Dad Harry Potter Snr who wears a daft hat which the director alleges was Moriaty’s key to the character. As his son Harry Potter Jnr was Noah Hathaway, an established child actor whose popularity had risen after the huge success of 1984’s The NeverEnding Story, which after 3 films, did end. Oddest of the lot though was Cher’s ex, Mr Sonny Bono who in fairness is not at all bad in the film.

As cheesy as it undoubtedly sounds much of its charm was it use of practical effects. CGI was still a few years away and Troll would use stop motion, matte paintings and miniatures. Its use of this type of make up and puppets was similar to Jim Henson’s first non-muppet film ‘Labyrinth’ which had been released on 27th June six months after Troll had hit the screens.  Modestly budgeted it made $5.4m worldwide and for many teens it was to be an 80’s favourite doing good business on video. A sequel was the order of the day and so came Troll 2 in 1990. 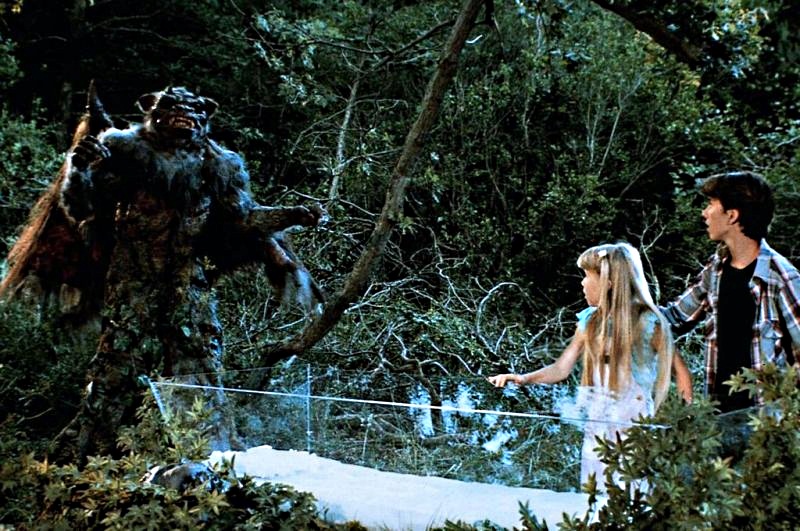 By this time Buechler had gone on to prep directing detail on a Ghoulies film which had started its franchise in 1984. Instead directing duties for Troll 2 had gone to Claudio Fragasso with a script he had co-written with his wife Rossella Drudi. What they had written and filmed was a film that would compete with ‘The Room’ for sheer rank awfulness. Fragasso’s  film had a family on holiday in small town ‘Niblog’ (hmmmm wonder what that spells backwards?) only to find the entire town were goblins disguised as humans. And therein lies the first problem for a film called Troll. It had no troll. Add to that was the truly awful practical effects that look like they were shop soiled masks found in a skip. But it was to get worse casting the lead actor George Hardy in his first film. There was a reason it was his first film as he was actually a dentist spouting lines that even the most experienced of actors would have had trouble putting across convincingly without laughing. In fact the vast majority of the actors were extras including Don Packard who it turns out was actually a pot smoking mental health patient who had been on day release when he went for the casting and frankly looked more like a troll than those wearing the masks. It’s him who somewhat refreshingly goes against type when being interviewed saying how much he loved working with blah, blah, blah but here freely admits that he absolutely loathed one of the actors. There were some professional actors but after it was met with understandable derision they would delete it from their CV when going for further castings.

There’s no doubt that Fragasso was sincere in his efforts when making Troll 2 the only problem being that he had little idea how to direct a film. Understandably it’s rated as one of the worst films ever that has garnered a huge cult following. Which brings us to ‘Best Worst Movie’ a documentary directed by Michael Paul Stephenson who had appeared in Troll 2 and quickly realised just how bad it was. Made 19 years after Troll 2 came out he has assembled a legion of fans of the film many of whom hold conventions, office parties, party games and even a computer game. George Hardy revels in the attention despite being a full time dentist he’s admirably self deprecating about it and attending the fan screenings. Unfortunately Troll 2 is not quite as loved as he thinks in a somewhat melancholy moment when he goes to a huge convention where they have a stall and almost no one approaches them with Hardy desperately trying to convince people of its awfulness which in fairness doesn’t need much persuading.

But the most revealing part of the documentary is when Fragasso attends some of the screenings with an honestly held belief that he has directed a masterpiece and refusing to accept the derision the fans throw at him. At one point when two of the actors are interviewed lambasting the film outside a cinema screening it just as the director creeps up behind them listening to the abuse they are doling out. 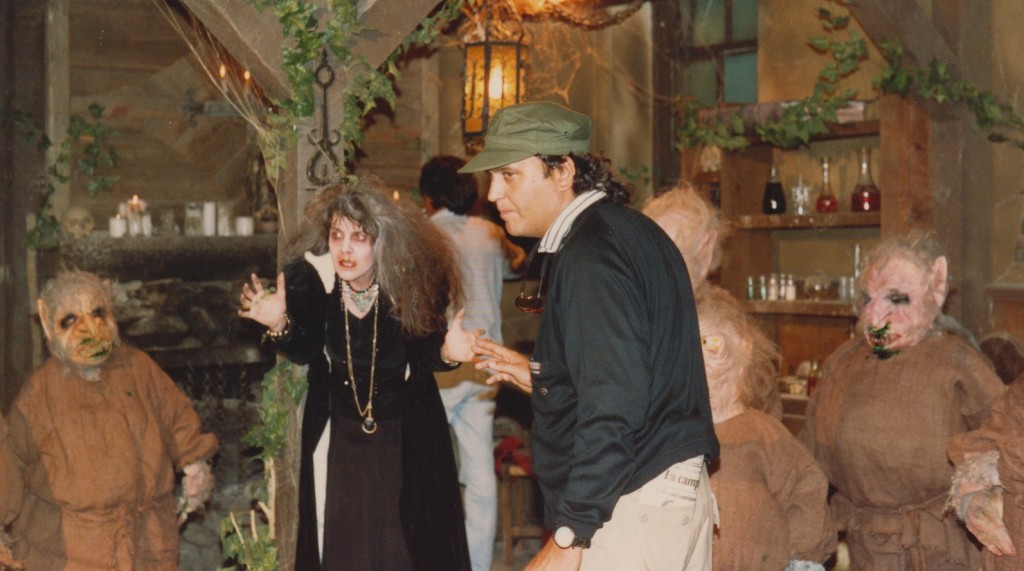 For fans of the bad the Troll box set is a must have containing both films and the documentary as well as a 50 minute Making of Troll, a commentary for Troll 2 with George Hardy, an interview with Deborah Reed which plays laughably like her own personal tribute and screen test for other roles, plus a screenwriting Q&A (obviously how not to write one) and a music video with clips from the truly execrable Troll 2. There’s also a decent collector’s booklet and all in all Troll is an essential box set for lovers of the truly awful. Whereas Troll falls into the fond memories section, Troll 2 undoubtedly falls into the so bad it’s good and if you’re needing a lift then Troll 2 is guaranteed laugh for all the wrong reasons.

Here’s the trailers for both Troll films…….