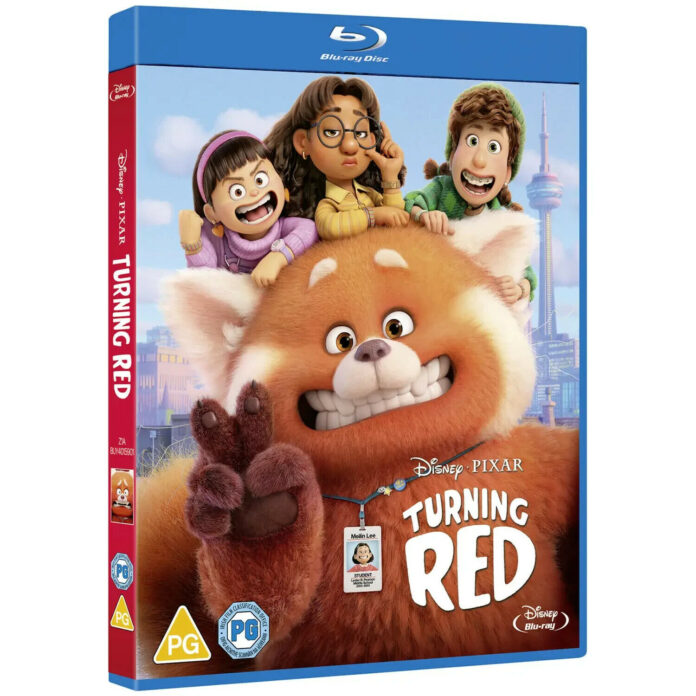 Since Disney bought up Pixar their animated output has tackled increasingly difficult topics not readily associated with the House of Mouse many of which thematically dealt with death as seen with Coco, Onward and most recently Soul but added to that the films are increasingly featuring female leads that started back in 2012 with Brave. Since then we’ve had Inside Out, Mulan, Raya and the Last Dragon and Encanto all widely respected but Turning Red turned it all up a notch. In what must have been an interesting pitch to the studio Turning Red follows 13 year old Meilin a Chinese Canadian and typically teenage girl and her 3 friends all obsessed with a boy band who are to play a concert in the city and they’re desperate for tickets. All is as you might expect but what’s not expected is the moment when Meilin wakes up one morning and finds she has started her period! It’s not a part of a young girls life that anyone expects to play such a major theme in a Disney Pixar film and here that change is represented by Meilin turning into a giant red panda. As a metaphor it works brilliantly and it’s called handled with aplomb by  director Domee Shi who co-writes with Julia Cho.

It’s all sensitively handled and contained within the overall story of Meilin and her friends trying to get tickets to the boyband concert whilst at the same time learning that her panda transformation is part of her own female family history and the film plays a little like a softer friendly version of Hulk. It’s a phenomenally bold move for the studio to make such a film but its sensitively and often humorously done with scenes which any mum and daughter can easily relate.

Now released on digital platforms, 4k UHD, blu-ray and DVD  Turning Red is the expected excellent quality transfer with Disney having included a number of decent bonus features. ‘Life of a Shot’ is essential viewing for anyone thinking of becoming an animator but even if that’s not an ambition the featurette does give an interesting peek at just how much work goes into constructing a scene/shot and this gives us a look at the whole process for a pivotal bathroom scene when THAT moment happens for Meilin and her mother starts fussing around trying to help out on what many of the animation team got the chance to show boxes of sanitary products in the scene in what must be something of a first for a Disney animated film. That the heads of department in the feature are all female is another good thing and wholly suited for such a film and if nothing else increasingly shows that women are rightly involved in senior roles in animation and in that respect can be seen as role models for girls considering animation as a career.

‘Build Your own boyband’ is a featurette about how they took all the standards of real life boy band to make their own for the film and there’s also a decent yak track with Turning Red director Domee Shi along with the producer and DoP.

Whilst the film does sag slightly in the middle Turning Red is enjoyable and bold in its subject matter and the type of film that a mum and daughter can enjoy together when THAT moment comes up for discussion without any embarrassment whatsoever. The film went straight to Disney’s Home Ent channel Disney+ bypassing a cinema release which is a shame as there’s much to enjoy on the big screen with a kind of kid friendly Godzilla type climax as one of its many pleasures.