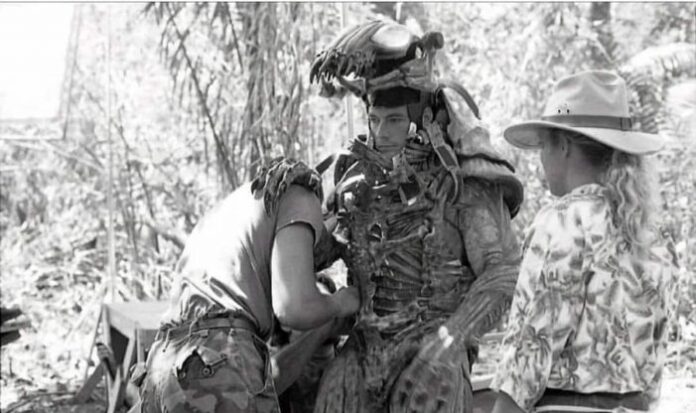 Released in June 1987 ‘Predator‘ could have been an altogether different beast if Jean Claude Van Damme had continued to play the title role.  Having gone to Hollywood he was still to make it big and his agent had landed him the role – Jean Claude Van Damme as Predator had impressed producer Joel Silver with his kick boxing gymnastics. However it would all soon go downhill.

Having presumed that his face would be on show Van Damme soon found to the contrary when he saw that he would be wearing a $20k dollar mask over his head entirely covering his face. To this he would also be tottering around on stilts whilst wearing a heavy rubber suit in sweltering heat. It would be only a matter of time before he would depart from the film and there’s is still no definitive answer as to why but several key crew members including Joel Silver and Damme himself have all offered explanations. 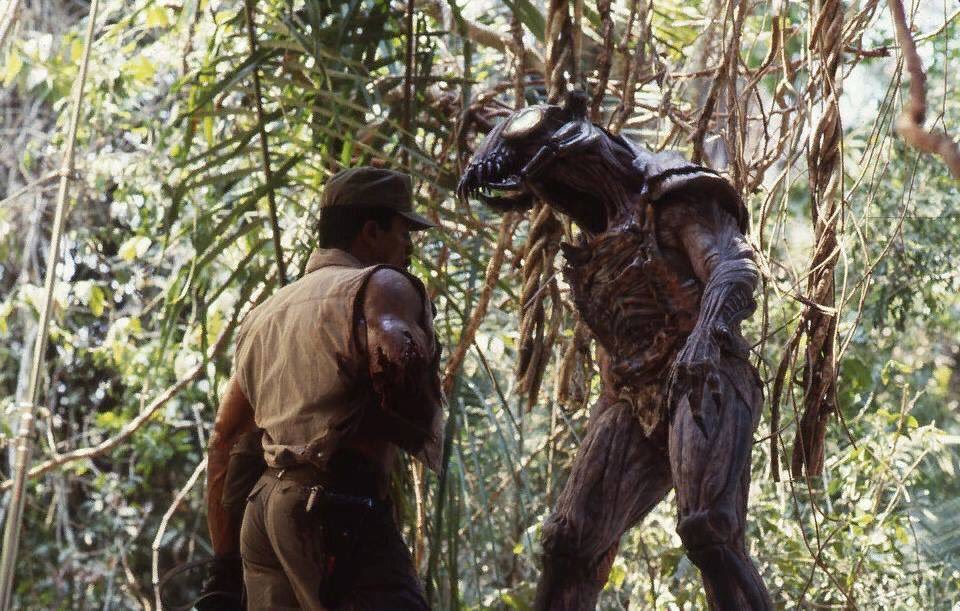 Van Damme, dehydrated from the heat, would allegedly faint from the heat and also found it impossible to do his kickboxer moves on stilts on uneven terrain which he couldn’t see with the mask covering his head. Annoyed that his face was not on screen it was suggested that he threw the $20k mask on the floor breaking it. The studio, on seeing the rushes of the first few days shoot, utterly hated the appearance of the Predator that looked like a 5’6’’ high kicking ninja rat and demanded an immediate overhaul  of the title creature. Silver and Van Damme clashed with the producer wanting him to stop with all the kicking boxing moves whereas as the gymnast saw it as an essential part of the title character. He soon left the film.

Whatever the reason Van Damme as Predator was either sacked or left of his own accord to be replaced by the now iconic 7ft tall mandible monster …….