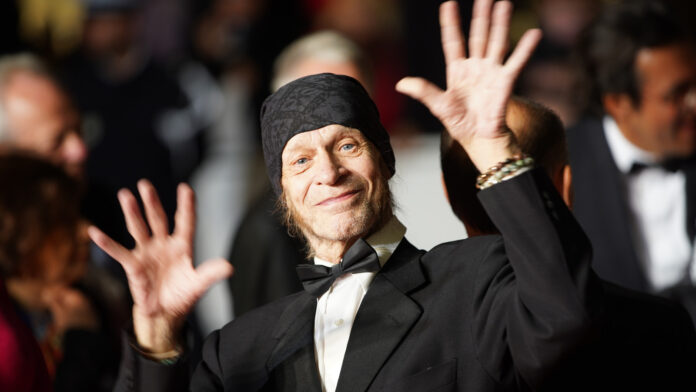 The late Leon Vitali, whilst not a household name, had started out as an actor appearing as Lord Bullingdon in the 1975 film,  ‘Barry Lyndon’ for Stanley Kubrick. As an actor he found Kubrick’s process intriguing and asked if he could sit in on the editing process of the film which the director granted. Barry Lyndon is probably one of Kubrick’s great overlooked films, beautifully photographed it failed at the box office and the director needed a hit. So it was when Vitali, who was now in his his thirties, received a call out of the blue about working as his assistant on his next film, ‘The Shining’ which he readily agreed to and it was Vitali who auditioned thousands of children before finding Danny Lloyd who was cast as little Danny Torrance.

It was back in April 2015 that I had the opportunity to interview him about the making of the film for a magazine article and I had exhaustively researched everything I could find out about the production of the film as the interview was something of a once in a lifetime opportunity. Mindful that the studio were understandably protective of Kubrick’s estate and catalogue of films I was a little anxious. I needn’t have been. Leon was cheery, welcoming helpful and happy to talk endlessly about one of the most revered of horror films in what turned out to be one of the most fascinating  interviews I’ve ever conducted. He quashed some of the myths around the film and expounded on the legendary stories behind the production too. The stories were many and varied and were utterly enthralling. His role in the film was crucial and after this he became Kubrick’s right hand man on the directors next film Full Metal Jacket and final film Eyes Wide Shut in which Vitali appeared also.

His working relationship with the director was highlighted in the documentary ‘Filmworker’ (reviewed HERE) and there was a certain melancholy about the film as Vitali was an actor of great ability and potential but had largely left this to one side in order to assist Kubrick until his death in 1999. It was clear that he was invaluable to a clearly demanding Kubrick making himself available at any time carrying the torch for him ensuring that his films were technically perfect at every level even going as far as locating original sound recordings from his earlier films to be converted from mono for any re-release especially for Home Entertainment. Perhaps this devotion to duty impacted on his personal life having been married three times.

Whatever I found him the most charming of persons maintaining an enthusiasm about Kubrick and his films that was infectious. Arguably Kubrick’s closet associate he takes with him a lifetime of stories