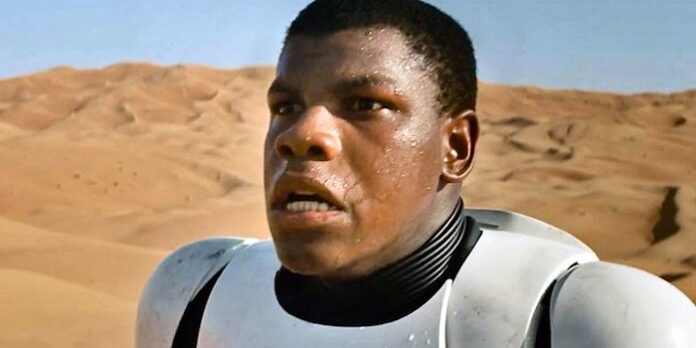 So 2019 saw the last of the third Star Wars trilogy with The Rise of Skywalker & John Boyega and Daisy Ridley have both moved on to others projects. For John Boyega though working on the iconic franchise as Finn was not without its issues for him for which he was quite outspoken and consequently has now gone on record expressing little if any interest in returning to the franchise.

Speaking to Sirius FM he said, ‘At this point I’m cool off it. I’m good off it. ……I think Finn is at a good confirmation point where you can just enjoy him in other things, the games, the animation. But I feel like ‘[Episode] VII’ to ‘[Episode] IX’ was good for me…..To be fair, [with] the allies that I’ve found within Joel Taylor and Jamie Foxx, Teyonah Parris, Viola Davis, all these people I’ve been working with… versatility is my path.”

Boyega faced a certain degree of racist fan backlash against him in the films and now Moses Ingram in the Obi Wan Kenobi TV series is facing the same to which Ewen McGregor has leapt to their defence. Boyega said, ‘“Moses Ingram being protected makes me feel protected. Do you understand what I’m saying? It makes me feel like, ‘Okay, cool. I am not the elephant in the room.’ Because when I started, it wasn’t really a conversation you could bring up,” Boyega said. “You know how they went through it. It was kind of like, let’s just be silent. It wasn’t a conversation you could bring up. But now to see how blatant it is, to see Ewan McGregor come and support… for me, [it] fulfills my time where I didn’t get the support.”

He went on to say: “It doesn’t make me feel bitter at all. It makes me feel like sometimes you are that guy. And my dad taught me that. Sometimes you’re not the guy to get the blessing and sometimes you are Moses, you know, you lead the people to the mountain, but you see the destination. You don’t get to go in, you get others to go in. And that’s where you get your happiness from. And for me to see other people accepted, and then at the same time to see that the studios now are like, ‘Okay, cool. This is not an elephant in the room conversation. We need to support our Black client.’ It’s fantastic.”