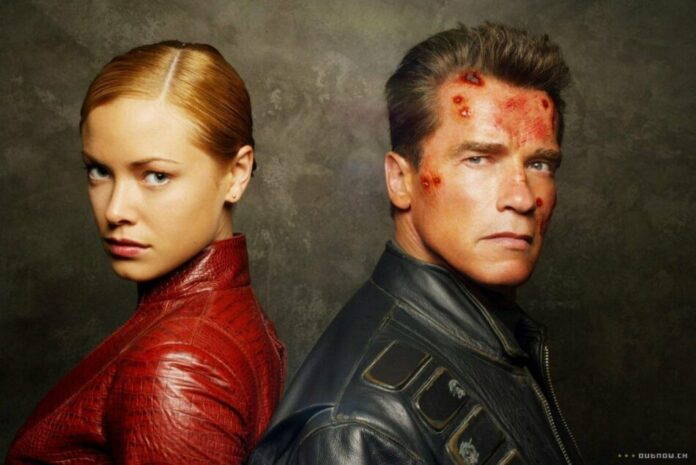 Following on from James Cameron’s Terminator 2 with its ground breaking, jaw dropping, state of the art effects, superb stunts and delivering Arnie’s career defining role making it a classic film that would never be topped as subsequent films in the franchise would unfortunately prove. So it was hardly surprising that it would be 12 years before a sequel appeared in the form of Terminator 3 Rise of the Machines. It couldn’t hope to better its predecessor but the film was unfairly maligned on release. In fairness playing that iconic biker bar scene for laughs with Arnie putting on a pair of children’s sunglasses was a misstep that was soon forgotten as the film progressed.

Perhaps Jonathan Mostow as director was an unexpected choice but his 1997 film, ‘Breakdown’ starring Kurt Russell was a decent and underrated thriller but showed he could handle suspense and action too. Which brings us to the films biggest and best set piece, the car chase with the films villain TX played by model Kristianna Loken in a huge fire truck pursuing Arnie, Nick Stahl & Claire Danes in their clapped out van. The chase wreaked wholesale destruction on vehicles, buildings and telegraph poles alike and had cinema audiences cowering as the fire truck flipped oved and a spinning rear wheel almost came through the cinema screen. It remains on the franchises best action scenes….. and let’s not forget that helicopter crashing into the government mountain base. 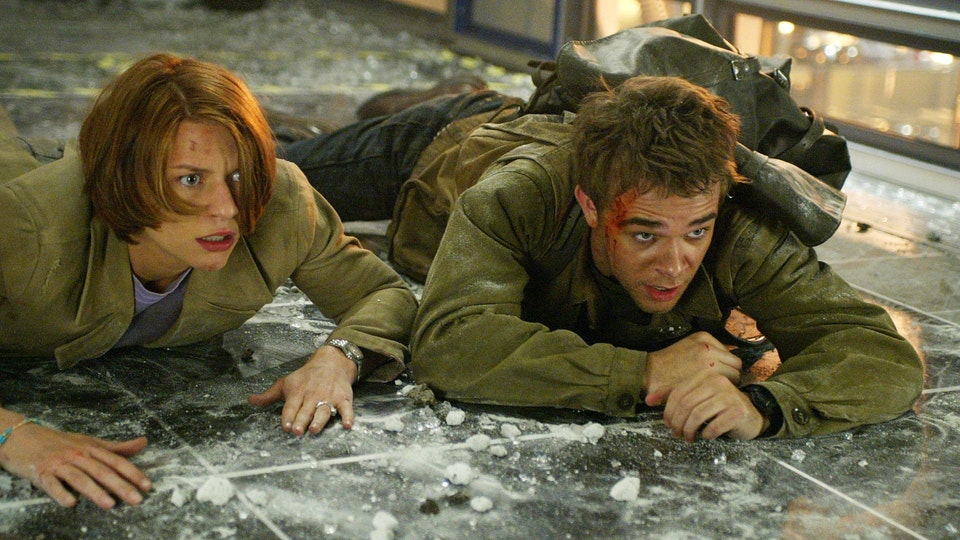 But Terminator 3 also had a decent story with John Conner played by Nick Stahl, an unlikely piece of casting for an actor who had carved an impressive career in gritty independent films and handled the role of the saviour of mankind wracked with self-doubt and anxiety knowing that the future of the world weighed heavy on his shoulders. But Claire Danes was impressive too and seeing her and Stahl’s storyline draw together along with Arnie and Loken arriving at the vets now destroyed offices. Arnie was still in good shape. 55 years of age at the time of filming he was still in impressive shape far better than men half his age and the role still fitted him like a glove or at least a biker’s leather jacket.,,,, and lets be fair when had we seen Arnie thrown around like a rag doll when he went face to face with Kristinna Loken (even if she was 6 foot tall!). It was also a role he needed to return to having not had a decent film since 1994’s True Lies and he rose to the occasion. It would also be a kind of last hurrah as he was about to become Governor of California and would leave films behind for some years never really able  to reclaim his place as Hollywood’s most bankable A-list star when he did return lead roles in 2013’s ‘The Last Stand’

But perhaps what makes Terminator far better than many might remember is its ending. This was a major $200m studio blockbuster and tradition dictates that films costing that much would end well. Except in Terminator 3 it didn’t. Here was a film that would build to a monumental and unexpected  down ending with nuclear war decimating the world as Skynet gained sentience and attempted to decimate  if not wholly wipe out the human race. It was out of keeping with summer blockbusters and was a tremendously brave gamble for the studio exec that greenlit the project. But it paid off moving the story beyond having to rehash John Connor being chased by a killer robot and that’s why Terminator 3 Rise of the Machines is far better than many give it credit.

We spoke to Nick Stahl about his new film ‘What Josiah Saw‘ as and we also asked him about Terminator 3 …….