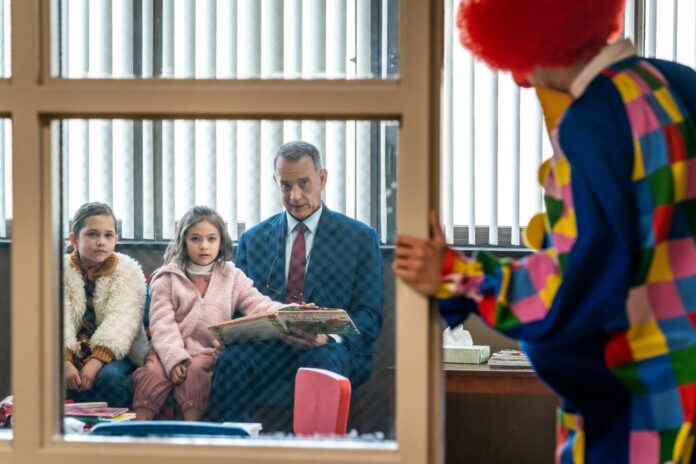 It seems to us that the elderly have a bit of a rough ride hardly helped by referring to them as OAP’s which is like reminding them of their status three times over and A Man called Otto is about a man called Otto (Tom Hanks),  a curmudgeonly retired engineer and widow with little time for those who don’t adhere to the rules of his private road cul-de-sac where he resides.  and when he’s not enforcing those rules that he’s sitting at his late wife’s graveside something that haunts him every day and clearly he has never got over. But Otto is a stickler for rules and regulations and little time for the modern age as seen when he tries to buy some items at a hard ware store where the manager is, in his opinion, far too young and in fairness it’s understandable when some of these store managers are young in age than the best before dates on the items in your fridge.

Flop films of 2012 that should have been hits

And yet despite Otto’s demeanour many of his neighbours have a surprising amount of time for him and he’s only too willing to help others if only to ensure that things are done to his specifications.  But when a new family move in they’re not used to his way and Mariana Trevino is in herself a force to be reckoned with determined to break through his bullish façade. And of course it’s going to be worthwhile because this is Tom Hanks, the world’s most loved actor and the film soon delves into Otto’s backstory via flashbacks about his early days meeting and eventually marrying his wife and their awaiting the birth of their first baby. It’s here that we begin to understand that she was his everything and that without her he is struggling to find a reason to justify his existence. With Hanks in the role regardless of how cantankerous his character gets, it’s inevitable that we are going to like him and as directed by Marc Foster, who has form character driven dramas, that’s exactly what’s going to happen.

What Tom Hanks regards as his ‘pretty good’ films

Based on the Oscar nominated Swedish film A Man called Ove this Hollywood remake stays close to the original but inevitably makes concessions to modern sensibilities so we have the introduction of a trans character and a social media journalist  (mercifully the film  avoids the ubiquitous oxygen thieves that are, ‘influencers’) and one of the film’s original comic  episodes about Otto appalled by his neighbour not proudly owning and supporting the local car industry like himself is not played on quite so much here.

this is all about Otto gradually softening in attitude and the new neighbours warming to and caring for him as do the rest of the cul de sac and by the end this is an absolute tearjerker (that the film uses Kate Bush’s incomparable track, This Woman’s Work,  in a pivotal scene is enough to get the tears flowing. This is absolutely Hanks film and the obvious choice of actor for the role encapsulates the sort of character that we all know and perhaps gives short shrift to. But ultimately this is a film with a big heart and that ends with a message to take action to be kind to others…..and let’s be honest that a pretty good way to start the new year