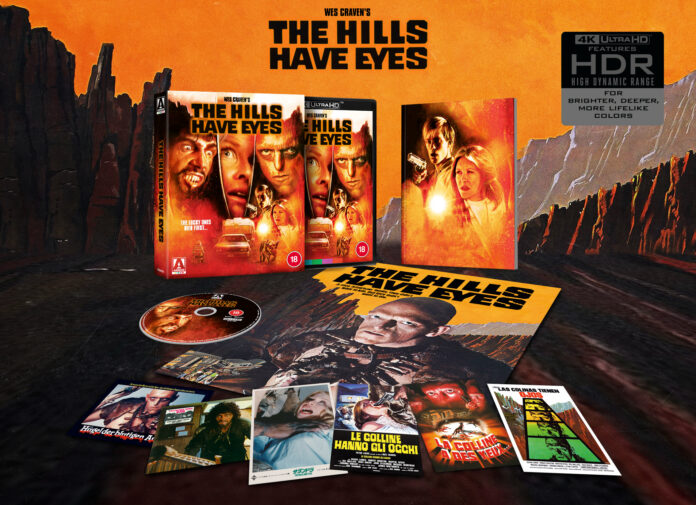 For someone with a Baptist upbringing, a degree in psychology, a Masters in philosophy and an initial career as a Humanities professor the late Wes Craven came up with some pretty brutal horror films. His first film, The Last House on the Left, certainly established him for horribly macabre subject matter which saw him ostracized forcing him to  writing scripts for more mainstream films none of which were financed. It was only when a friend told him about the Nevada desert where it was easy and more importantly cheap to film undisturbed that he came up with the idea of The Hills Have Eyes. It would be the film that would establish him in the horror genre for the rest of his career. 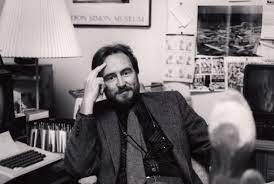 His script had been partly inspired by the Scottish legend of Sawney Bean and his clan of 16th century murderous cannibals that were rumoured to have bucthered over 1000 people – whether it was true or not remains the subject of debate but for Craven it was that idea of how decent people could be reduced to savagery that interested him. So his script for The Hills Have Eyes followed the Carter family driving through the Nevada desert on a road trip but become stranded there only to be targeted by another family except this family were cannibals. Like The Texas Chainsaw Massacre, that other horror classic of the early 70’s, it focussed on a group of holidaymakers subjected to a trip worse than anything that Club 18-30 could ever come up with.  Its brutal stuff…men, women, babies, dogs and even budgies are all fair game in Craven’s film. 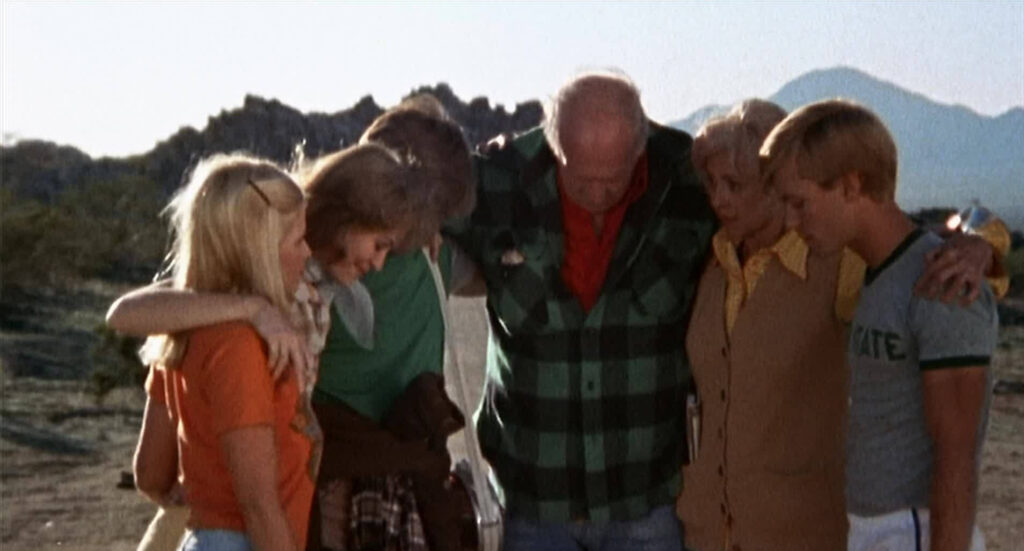 But the shock of the violence was equalled by the appearance of the cast specifically Michael  Berryman who would become  integral to the films poster campaign. Born with hypohidrotic ectodermal dysplasia a condition that deprived him hair, fingernails and  sweat glands  meaning  the hot weather they shot had  potentially tragic consequences for him. Though he’d appeared in ‘One Flew over the Cuckoo’s Nest’ previously his role in this film assured a career in horror. Also appearing would be actress Dee Wallace in one of her earliest roles but who, despite have appeared in a raft of TV series, would go on to appear as a scream queen in other landmark horror films that would include The Howling, Cujo and Critters but ultimately would be best known as Elliot’s Mum in ‘E.T.’ 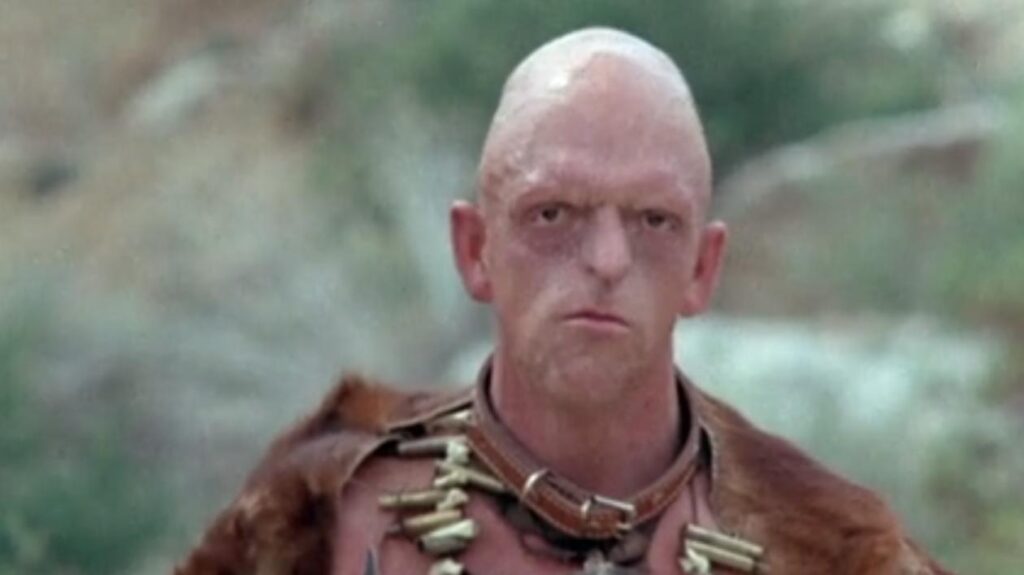 Filming began in October 1976 with a non union crew on long days and much like Texas Chainsaw it was an arduous shoot in extremely hot conditions in the day and far colder temperatures during the night. Released in July 1977 after a significant cuts were made for violence with the film faring well at the box office and Craven would return to make a sequel in 1984 the same year that he would hit paydirt with ‘A Nightmare on Elm Street’. 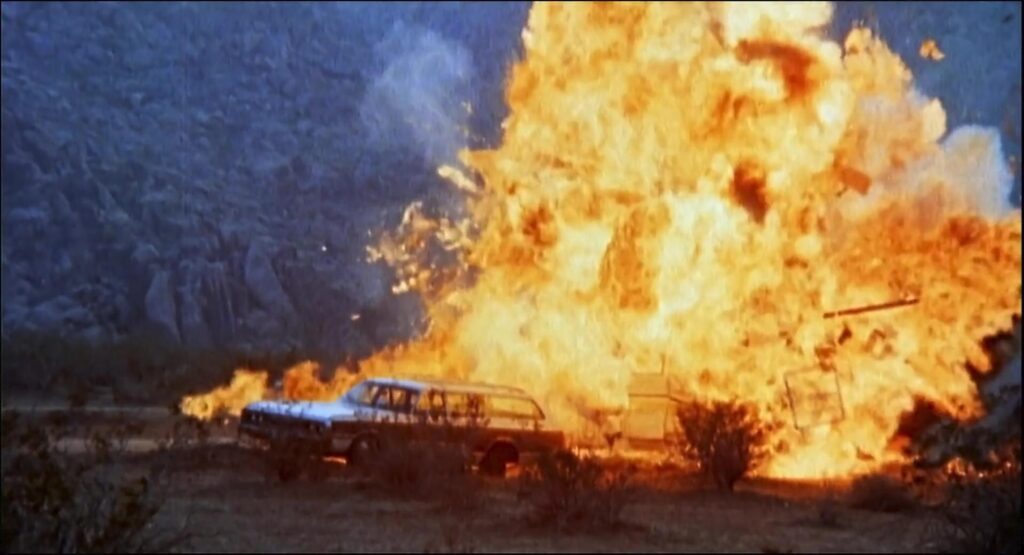 This latest re-release of The Hills Have Eyes follows on from the 2016 4k restoration blu-ray release but this version on 4K UHD has a load of extras including:

Here’s The Hills Have Eyes trailer……