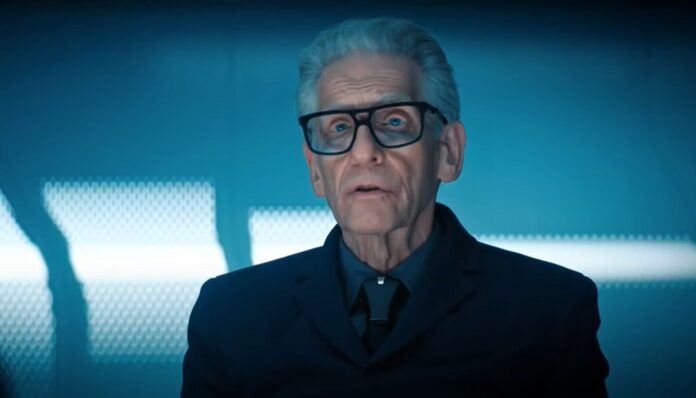 ‘There are some very strong scenes. I mean, I’m sure that we will have walkouts within the first five minutes of the movie. I’m sure of that. Some people who have seen the film have said that they think the last 20 minutes will be very hard on people, and that there’ll be a lot of walkouts. Some guy said that he almost had a panic attack. And I say, “Well, that would be OK.” But I’m not convinced that that will be a general reaction. I do expect walkouts in Cannes, and that’s a very special thing. [Laughs] People always walk out, and the seats notoriously clack as you get up, because the seats fold back and hit the back of the seat. So, you hear clack, clack, clack. Whether they’ll be outraged the way they were with Crash, I somehow don’t think so. They might be revulsed to the point that they want to leave, but that’s not the same as being outraged. However, I have no idea really what’s going to happen.’

He then went onto say that that you can buy the most unusual NFT of himself….

Well, I have a new NFT, which is called Inner Beauty. And if you check it out on SuperRare, you’ll see that it is my kidney stones. If you look it up on the net, you’ll immediately see it. I’m proposing my kidney stones as an artistic statement of the inside of my body to the outside of my body. So that’s the next step.’