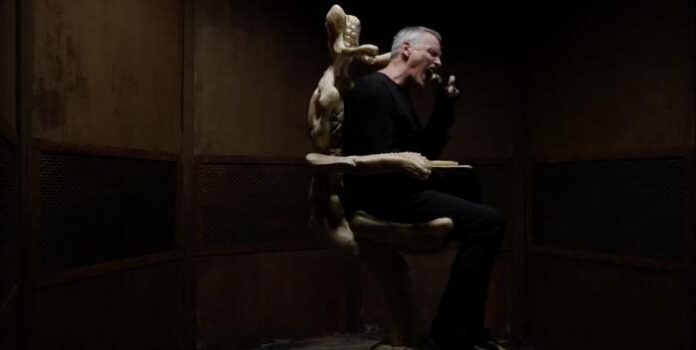 A little while ago we reported news about a new David Cronenberg film – read it HERE – and now we have a first glimpse with the release of a Crimes of the Future trailer.

Crimes of the Future is set in a near-future where humans are undergoing a series of new transformations and mutations to adapt to the world’s new synthetic environment. Mortensen plays celebrity performance artist Saul Tenser who, together with his partner Caprice (Lea Seydoux), publicly showcases the metamorphosis of his organs in avant-garde performances. Stewart plays Timlin, an investigator from the National Organ Registry, who obsessively tracks their movements. Oh and there’s a mysterious underground group who are planning to use Saul’s notoriety to shed light on the next phase of human evolution.

The film stars Viggo Mortensen, Kristen Stewart & Léa Seydoux with Scott Speedman, Welket Bungué, Don McKellar, Tanaya Beatty and Denise Capezza co-starring. The film will get its premiere at the 2022 Cannes Film Festival that starts on 17th May along with a whole load of other eagerly awaited films including Baz Luhrman’s ‘Elvis’ and of course Tom Cruise’s long delayed, ‘Top Gun Maverick’

Here’s the Crimes of the Future trailer……