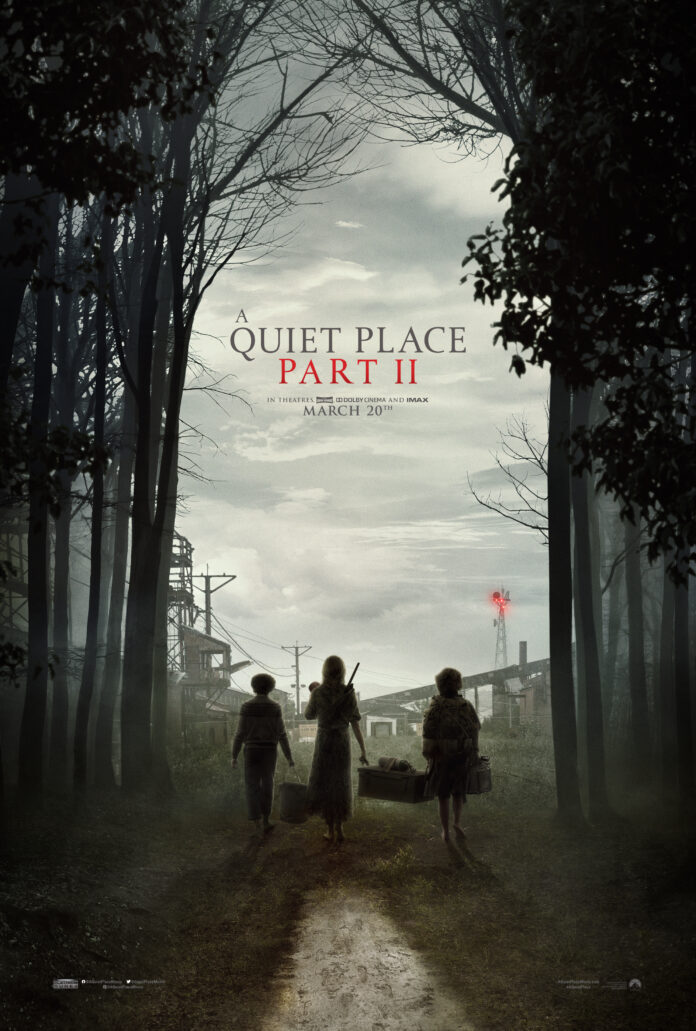 Back in March 2020 we were all set to attend the premiere of A Quiet Place 2 when the pandemic hit the UK shutting the country down. Streets were empty, bereft of people and vehicles. The silence was eerie so it’s ironic that the opening scene of A Quiet Place 2 opens exactly like that with the streets of Smalltown USA empty but here it is because the families are all watching and supporting their kids at a baseball game. The scene is a flashback to better times and director John Krasinski slowly builds the tension to what we know will we be something awful which it doe as it explodes into a barnstorming sequence that is labelled Day One of the invasion of the aliens. 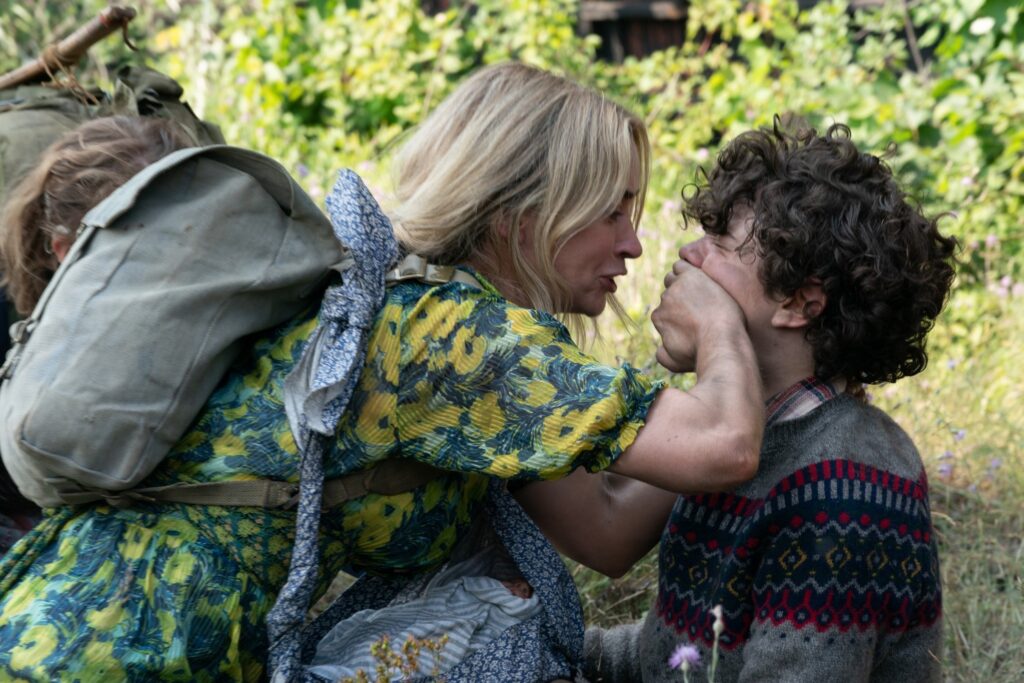 This second part of the sleeper hit blockbuster of 2018 picks up off the back of that with Evelyn Abbott now alone with her two children and new born baby walking through the countryside trying to find safe refuge doing their best not to make a sound that will alert the murderous monsters with hearing as sensitive as an overzealous librarian. The four of them find safety in a disused and now derelict warehouse where they find a neighbour Emmett (Cillian Murphy) residing. An acquaintance they know through their children’s school he is mourning the loss of his own family but offers them sanctuary. 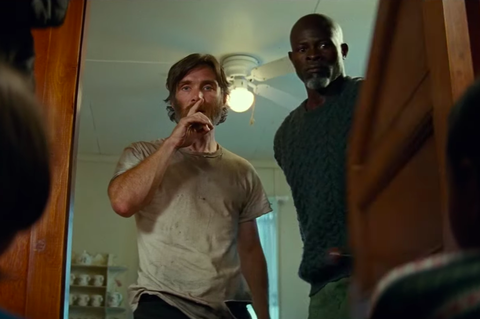 It’s when Regan (Millicent Simmonds) their deaf daughter whose hearing aid has been the key to temporarily paralysing the monsters, works out just where they can find safety on an island with a group of fellow survivors that the story splits in to two. With her and Emmett heading off to find the island it leaves Evelyn and her oldest son Marcus (Noah Jupe) to look after the baby. Their parallel storyline is cleverly edited with each embroiled in tense set pieces that have you holding your breath which is exactly the scenario Marcus finds himself in when, to escape a marauding alien, he inadvertently locks himself in a chamber with the baby with the oxygen quickly depleting. There are several brilliantly choreographed moments with cleverly designed use of sound throughout delivering stop heart stopping moments. 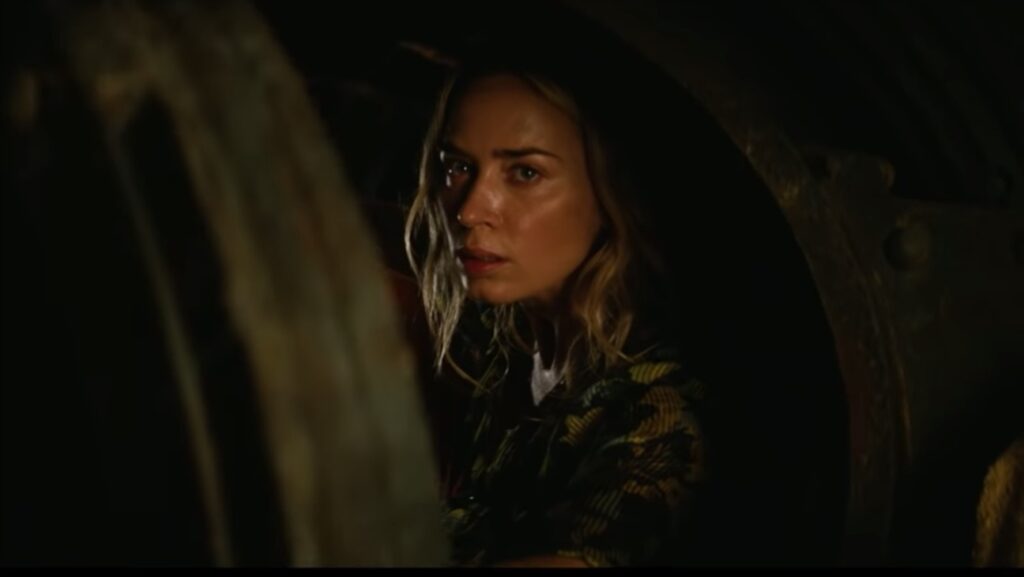 John Krasinski who starred in the first film is largely absent from the sequel after the opening scene which moves the story to Day 474 of the world at the mercy of the aliens (and the sequel finds its not just the aliens they’re at risk from) and after the past year it’s easy to interpret this as something of a parable for modern times.  With the film’s release having been postponed for over a year it left many buses still with the poster driving around making it probably one of the longest advertising campaigns ever but A Quiet Place 2 has been well worth the wait.

Here’s our exclusive interview with Emily Blunt & John Krasinski with some behind the scenes stories about the making of A Quiet Place 2…….