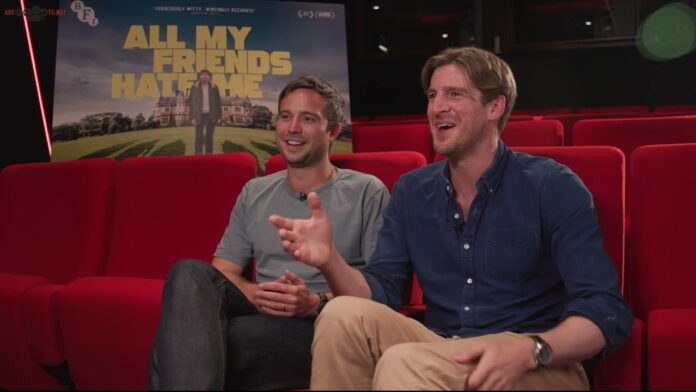 The film follows Pete (Tom Stourton) who is cautiously excited about reuniting with his college crew for a birthday weekend. But, one by one, his friends slowly turn against him. Is he being punished, is he paranoid, or is he part of some sick joke? Read our review of the film HERE

Great fun to talk to they told us about the inception of the film, notes they were given when they first handed over the script to legendary producer Jon Plowman and also about the film’s ending plus alternate endings and what the film almost had as its last scene.