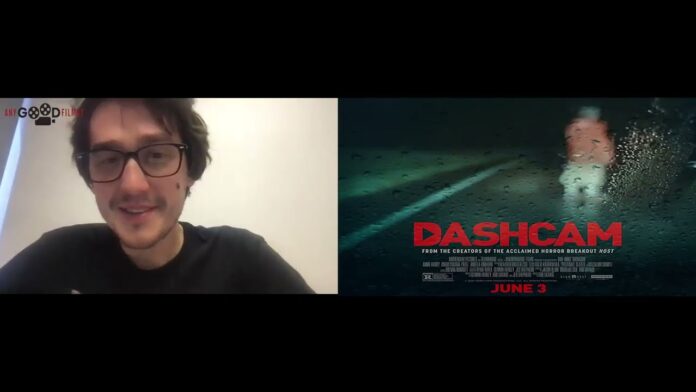 Brit horror director Rob Savage made an instant impact with his superb lockdown film ‘Host’. Super scary it terrified viewers. His follow up film, ‘DashCam’ goes along a similar found footage route with Annie, an American visiting a friend in the UK during lockdown, before taking his car and accepting job to transport a mysterious woman. (read our review HERE) The story soon goes off the beaten track with all manner of madness and horror ensuing. Currently in Hollywood putting the finishing touches to his adaptation of the Stephen King story The Boogeyman he took time out of his busy schedule to speak to us  about the horror and madness of making the film.

He gave us the lowdown on how he found his real life livestreaming lead actress, the most dangerous stunts they performed, the bizarre story of how he found the mysterious woman Angela and much much more inclduing a little bit about The Boogeyman

Watch our conversation with DashCam director Rob Savage here and remember to subscribe to the AnyGoodFilms YouTube channel too…..

Read about the stunts in DashCam HERE

An improv comedy during covid……