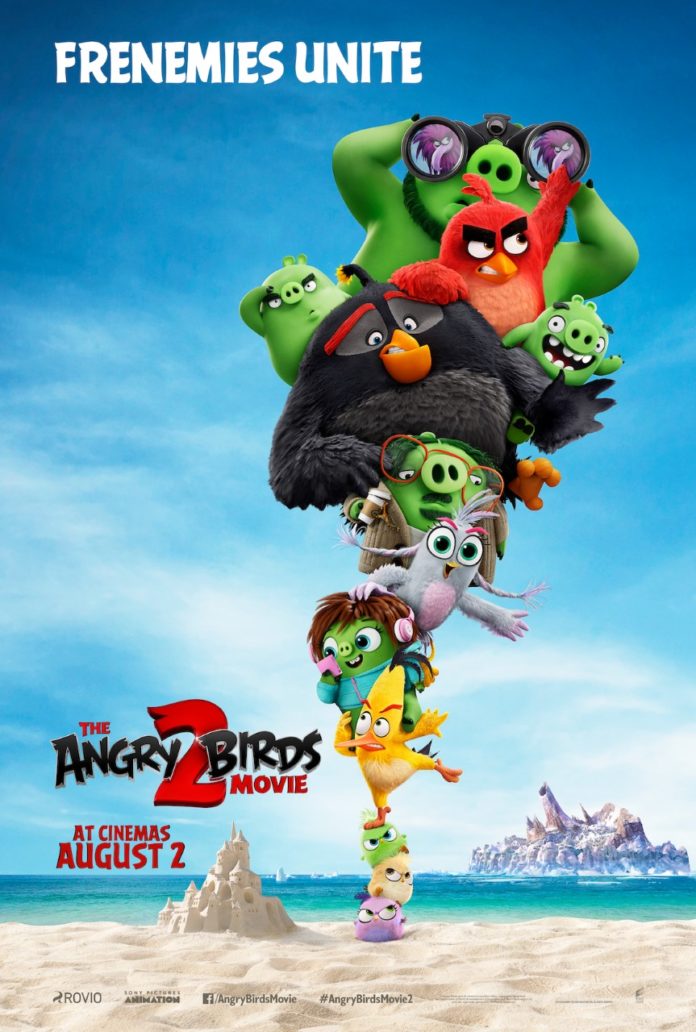 So this sequel is not as we thought a second part in a series about our less than PC Editor’s ex-girlfriend’s but a follow up to the hugely successful first film about warring birds and their enemy the piggies who steal their eggs. The Angry Birds Movie 2 this time has Red (Jason Sudeikis) the disliked bird now a hero after saving the day in the first animated film and lauded by the island of birds as he hangs around with his friends Bomb (Danny McBride) & Chuck (Josh Gad). The battle with the nearby island of piggies continues as they use catapults to sling stuff at each other but it’s only when huge lumps of ice are hurled at the island of piggies that their leader Leonard (Bill Hader) instigates a truce with the birds so as to join forces and fight whoever it is that flinging great balls of ice at them. 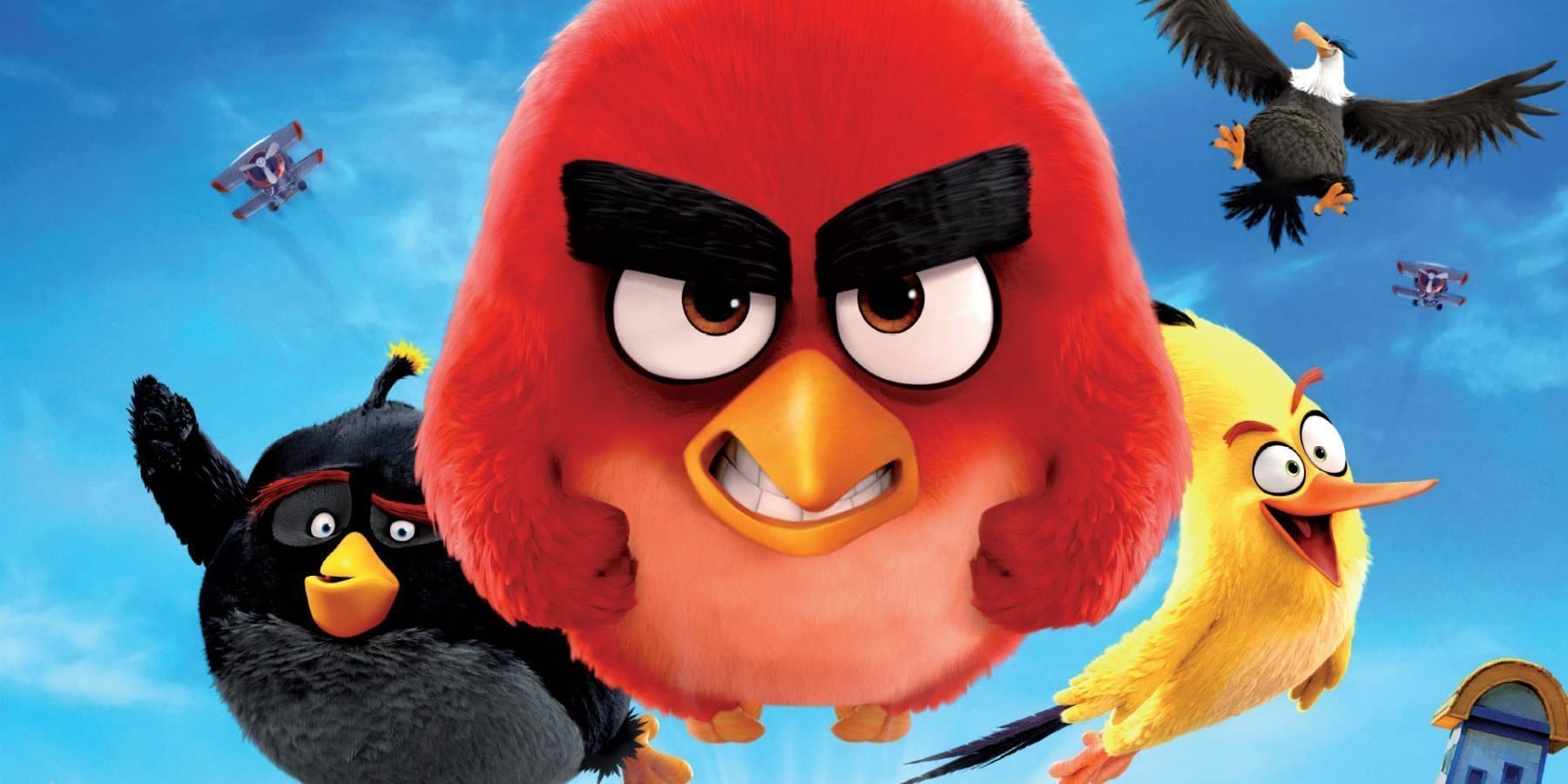 Right from the start Angry Birds Movie 2 is all bright colours and frenetic action and much like the Ice Age franchise with Scrat this has a secondary story featuring three little birds trying to salvage three about to hatch eggs with which  they have been reenacting the first films story.  It’s woven into the main story where Red & co find that there’s a third island inhabited by Eagles headed up by a lanky bird called Zeta that’s not Catherine Jones. Like an avian Magnificent Seven, Red puts together a team that includes Leonard but also Chuck’s brainy sister Silver who Red met at a speed dating night (one of the films funnier sequences) and who they have an instant dislike for so you know that by the end they’re going to end up falling in love.

Running at 96 minutes Angry Birds Movie 2 doesn’t hang around careering from one action set piece to another with some decent gags thrown in – best of all is an extended sequence in a men’s urinal with the team dressed in a comic eagle costume that they can’t quite co-ordinate with a couple of moments that are very funny all the more so that the film makers managed to get in to a kids film.  With an array of celebrity voices that includes Awkwafina, Peter Dinklage, Tiffany Haddish, Nicki Minaj, Pete Davison none of which are really distinctive enough to stand out and that includes Danny McBride who here sounds like Seth Rogen. This has always been a bug bear of ours that having started all the way back with Robin Williams inspired turn as the genie in Aladdin there aren’t really too many actors, bar someone like Christopher Walken, whose voices are distinctive enough to identify and there are thousands of unknown actors who could prove the voices equally well if not better. Equally much like the recent Horrible Histories Movie by the end it can’t resist a preachy ‘team work’ and ‘we did it together’ message.

Angry Birds Movie 2 is fast and frantic family fun ideal for the young ones with just enough for adults to enjoy without glancing at their watches.