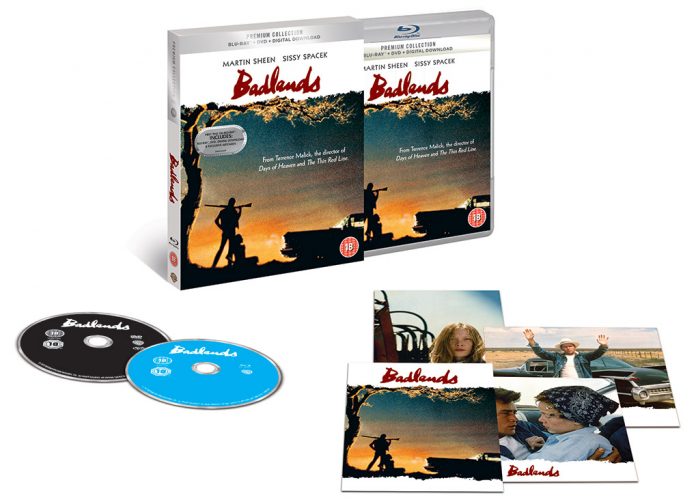 Despite director Terrence Malick not spelling his first name correctly it doesn’t detract from the fact that he made two of the most stunning films of the early seventies (his second was Days Of Heaven) and Badlands was undoubtedly one of the finest directing debuts ever.

Set in 1959 Kit (Martin Sheen) who has  killed several people already and his girlfriend Holly (Sissy  Spacek) who watched him do it, are adrift in a double fantasy of crime and punishment across South Dakota and Montana, they’re playing make believe but the bullets and bloodshed are only too real.

Malick had made uncredited contributions as a writer to Clint Eastwood‘s ‘Dirty Harry’ as well as several other lesser known films but 1973 would see him make his directing debut with Badlands starring Martin Sheen as a James Dean a-like serial killer. Having appeared in a slew of TV series it would make him a star. It was the same for Sissy Spacek who had only a handful of TV appearances but her role in this would earn her a BAFTA nomination as Most Promising Newcomer to Leading Film Roles.

But really this was Malick’s film. Based on the murder spree of real, life killers Charles Starkweather and Caril Fugate in 1958 it was a film that was far from easy to shoot. Malick paid himself nothing and the actors and crew were paid little and those investors who funded the film were given no guarantee of the film even being completed.  The director went through 3 cinematographers and then he ran out of money whilst editing and had to do a script polish job to fund the completion of the film. Yet despite this and other problems the film landed the prestigious closing night slot of the New York film festival that year to rave reviews. And rightly so. Everything is just perfect and despite having three cinematographers it is stunning to look at and was a hint at the just how beautifully he could shoot a scene as would be seen in his second film the breathtaking ‘Days of Heaven’ in 1978.

The film was snapped up by Warners on its debut and it forms part of their Premium Collection and it’s the first time the film has been on blu ray and is well worth the effort to watch this on the higher definition format which embraces the beauty of each scene. 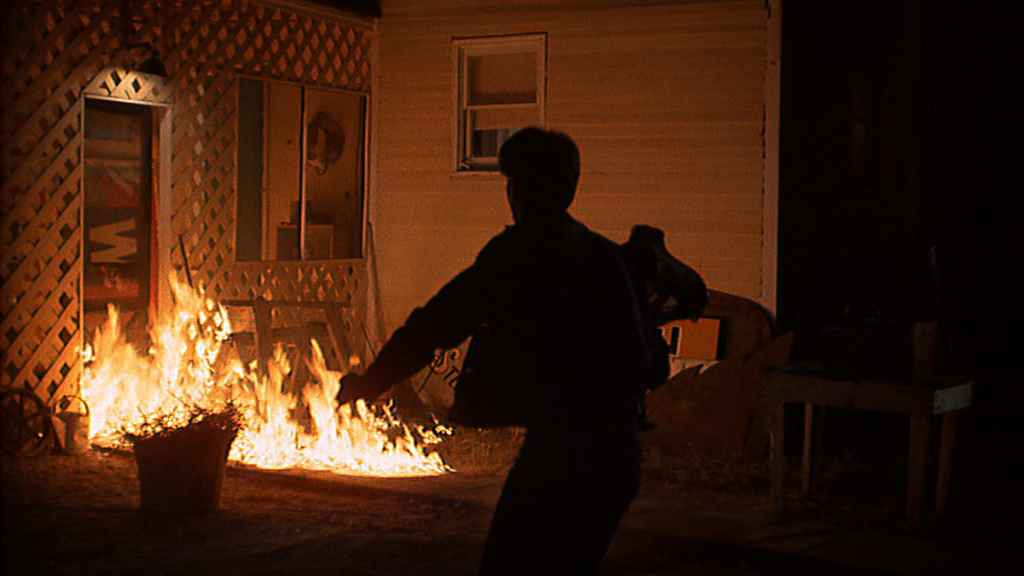 Still highly influential as seen with films like Tarantino’s True Romance even down to using snatches of the music score this still resonates over forty years later.

Also included on the discs special features is the documentary ‘Absence of Malick’ about the elusive director who only made two films in the seventies before disappearing in 1978 for twenty years before he made his next film. Even Kubrick didn’t wait that long between films. Albeit since his return in 1998 with The Thin Red Line he’s churning out films far more frequently though far inferior to Badlands. The disc also includes four lobby card style stills and features interviews with the cast and crew as well as the original trailer and it was probably too much to ask for a directors commentary as the famously reclusive director barely has any publicity sots of him available so any hope of getting him to provide any audio commentary was as likely as Michael Bay directing a Jane Austen film adaptation.

Badlands is both fascinating and utterly beguiling and if you’ve never seen it ….well this disc is an ideal introduction to Malick’s work.