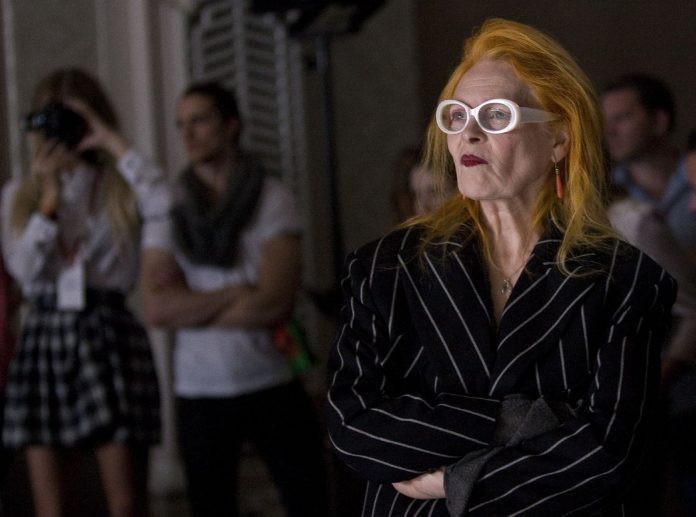 The lives of Vivienne Westwood and our Editor are a world apart. One is a cantankerous old woman who wears clothes like they’ve got dressed in the dark whilst the other is a respected fashion designer (‘You’re fired!’ – Ed).

Vivienne Westwood is something of a rebel and no part of the run of the mill fashionistas and was shamefully ignored for years at awards season. Yet this documentary attempts to set her legacy right from the start and from the outset its clear what a spiky unpredictable character she is and unusually reluctant to discuss her career. Along with her then partner Malcolm McClaren she was at the forefront of the look that punk adopted in the mid 70’s. yet she doesn’t hang onto former glories and  is too bored to talk  about the Sex Pistols knowing that her career was much more than that and has little time for John Lydon nee Rotten.

The pair were an influential powerbase but McClaren is lambasted throughout not just by Westwood and he is portrayed as both controlling and litigious. Westwood on the other hand is presented as self educated, driven and highly independent which often drove her to the edge of bankruptcy and penury. The flipside of her relationship with McClaren is that with her current much younger husband  who initially appears to a bit of flaky space cadet with no self awareness which is similar to how many of her staff and children regarded him yet it very quickly becomes obvious that he is now as pivotal to her company as she is herself. 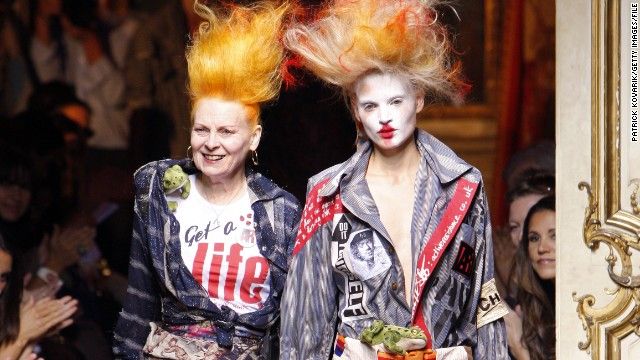 Where the documentary does stutter is the activist element of the title. Westwood has been critical of the film complaining that it scrimps on her activism yet there’s a whiff of hypocrisy that for someone so concerned with the environment there’s no mention of the fashion industry’s notorious and monumental  use of polluting chemicals and dyes inherent in the print and design processes.

At times derided, as seen by her collection being laughed at by TV studio audience only for it to later be revealed that it was comprised of a bunch of goggle eyed pensioners ripped to the tits on Werther’s Originals, she was always ahead of the curve. Ultimately her designs were influential and unforgettable like her punk strait jacket, breast photo T-Shirts and pirate inspired collection she is a one off. Outspoken, outrageous but always outstanding.