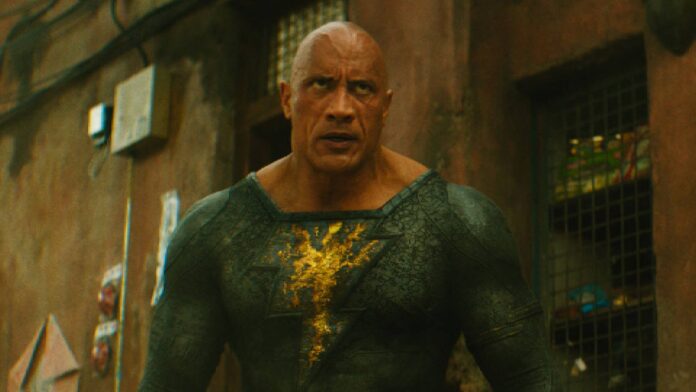 ‘This is going to be fun!’ says one character in the latest superhero film this time in the form of Black Adam suitably played by Dwayne Johnson, bullet headed and of mythic proportions and deadpan delivery. One of DC’s far less well known superheroes who is ambiguous about his ability to save the day seeking vengeance the reasons for which are laid out in a lengthy prologue set in 2600 BCE (?) in Kahndaq where he is a slave. It’s in his bid to rise up and overthrow a dictator king who has enslaved his own people forcing them to work in huge open caste mines digging for precious metal Emporium to complete a crown. Said crown will grant the king a power he does not deserve – a theme that is surely the basis of any bio-pic about Meghan Markle – and Black Adam sets out to destroy the King before duly disappearing for 5000 years.

Actors who were almost cast as superheroes

Fast forward to modern day and Kahndaq has been occupied by a military force and widowed archaeologist Adrianna (Sarah Shahi) alongside her brother and her teenage son along with several others locate the crown in order to liberate her country. It’s in the course of doing this that she also liberates Black Adam in a barnstorming introduction of the character laying waste to legions of soldiers, military aircraft and bomb , bullets and ballistics galore. Still vengeful Black Adam’s presence is not welcomed by the Justice Society of America comprised of Hawkman (Aldis Hodge), Doctor Fate (Pierce Brosnan), Atom Smasher (Noah Centineo) & Cyclone (Quintessa Swindell) under instruction from Amanda Waller (Viola Davis making another welcome return cameo to the head of Task Force X).  Their mission to get Black Adam on board with their mission to prevent the crown falling into the wrong hands or to suppress his power – simply by getting him to say ‘Shazam!’ in direct contrast to Meghan Markle acquiring great power simply by saying, ‘I do!

What the super fans have done to the superhero film

If ever an actor was born to play a superhero it’s Dwayne Johnson and Black Adam is a role that he makes his own with a physique ideally suited to the role and dead pan delivery that’s spot on with many of the laughs left to Atom Smasher. And as enjoyable as the Justice League are with some nice interplay between Hawkman and Black Adam and a hint of a romance between Smasher & Cyclone leaving Dr Fate (Pierce Brosnan) as a sort or urbane Mystic Meg except with an ability to correctly predict the future unlike Meg’s uncanny prediction for the National Lottery winner that she managed to narrow down to being either a man or a woman.

What we found in the Batcave

Helmed by director Juame Collet- Serra who guided Johnson though last year’s Jungle Cruise he handles the action well with bombastic set pieces. Perhaps a little overlong the film misses Johnson when he’s not onscreen but as a franchise launcher for a generally unknown superhero this is immense