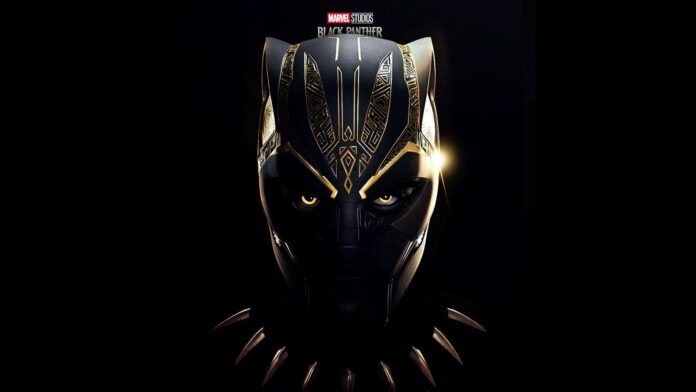 Black Panther Wakanda Forever is the difficult second album following as it does its Oscar nominated original and this time having tragically lost its charismatic lead actor Chadwick Boseman to cancer months before the film went into production. And its Boseman the film is keen to honour starting with Wakanda mourning T’Challa’s death the mantle of power over the most powerful nation on Earth is held by Queen Ramonda (Angela Bassett) standing up to the world and berating other nations who are attempting to wrestle reserves of the powerful metal vibranium from the country. It’s a sort of geo-politics that the film centres its story around with the world exploring for it in the seas with the aid of a device invented by an engineering student Riri (Dominique Thorne) who also has her own self invented suit of iron armour as a kind of female counterpart to Iron Man. There’s a running theme of the colonialism here with the US trying to appropriate vibranium for itself which is countered by the underwater empire of Talokan populated by fierce, ankle winged warriors led by Namor (Tenoch Huerta) with a dream of fighting these land based oppressors dreaming of burning their empires to the ground.

This is a film of strong female characters that also includes Lupita Nyong’o and Danai Gurira but the lead here is Letitia Wright as Shuri the sister of T’Challa who hides from her grief in the brilliant research she carries out that has given Wakanda so much of its state of the art power and like the film much of the charm is the contrast between jaw dropping technological invention and Wakanda’s  cultural heritage. It’s Shuri who finds Namor wanting to make a pact with her to unite and destroy those who want to take vibranium and its him who acts as a kind of spiritual partner to the original films Kilmonger.

Co-written and directed by Ryan Coogler Black Panther Wakanda Forever is permeated by the real life grief and loss of Boseman. Right from the start the Marvel Studio logo pays tribute to him and the film is book ended by a sentimental mid credit scene which has become the moment that signals what direction future films will move in. The film has few light moments led by Winston Duke as M’Baku but Marvel’s usual very end credit comic scene has been jettisoned to maintain the sombre tone not wanting to lessen the films respect for Boseman.  The franchise continues to present strong women at its core and presenting intelligent black females as roles models in a world away from today’s obsession with feckless narcissistic influencers who achieve little by their obsession with selfies taken at hotels and restaurants that they can’t afford ( note the number of selfies they take at expensive eateries where they have a photo with just a cup of coffee as that’s all that can be afforded!)

Wakanda looks terrific as ever and the and the contrasts between technology and tribalism makes this unique in the Marvel cannon and these Black Panther films stand above the recent lacklustre output from the stable but this sequel, epic in length and slightly and scope suffers from a melancholy tone in reverence for its late star but confirms that Coogler is one of the best black directors around.