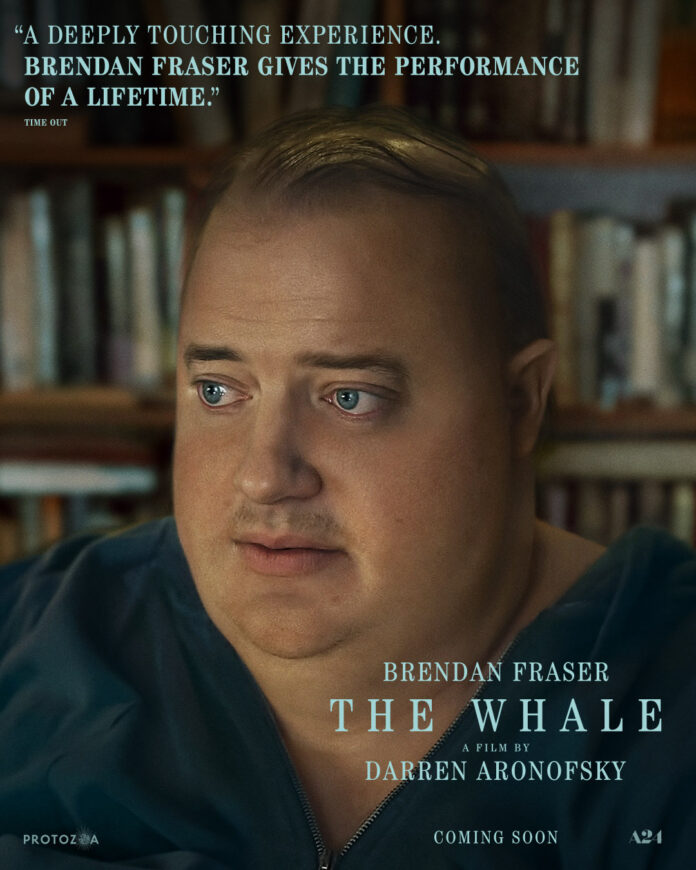 So director Darren Aronofsky’s back catalogue is both eclectic and always worth a look with films that include Requiem for a Dream, Noah and Black Swan (for which he was Oscar nominated in 2011 as Best Director) and The Whale is his first feature film since 2017’s divisive horror ‘Mother!’ Equally actor Brendan Fraser has appeared in a films that veered between crowd pleasing blockbusters such as the mummy franchise to more heavyweight fare such as the Quiet American & Crash. But his career has not seen the success of the 1990’s and early noughties and the arrival of The Whale trailer is a return to heavyweight roles. Literally.

The Whale is based on the acclaimed play by Samuel D. Hunter and is the story of a reclusive morbidly obese English teacher who attempts to reconnect with his estranged teenage daughter.

Darren Aronofsky’s film Mother! starring Jennifer Lawrence reviewed hereBesides Brendan Fraser in the lead role the films also stars Sadie Sink, Hong Chau, Ty Simpkins and Samantha Morton and is directed by Darren Aronofsky. Word at the various festivals it has played has been uniformly ecstatic about his performance and there is much talk of an Oscar for him in a role that is regarded as a career resurgence for him.